[Opinion] Is The Newly-Announced Ino-Oh Film a Project Too Far for Masaaki Yuasa? 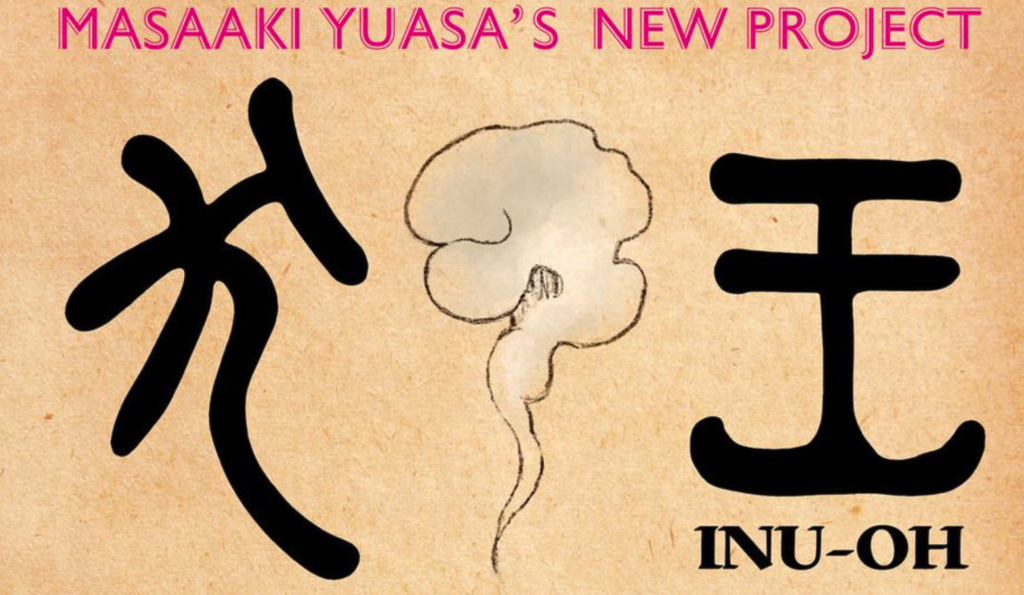 Can you have too much of a good thing? I’d say it’s possible. There was a time, while I was studying for my exams a few years ago, where I ate the same brand of British chocolate every single day (Galaxy chocolate, if you’re curious, by the way) as study fuel during long daily sessions of revision. After a few weeks, I began to feel physically sick whenever I had it because I’d ate so much of it, and didn’t have any more of it for months. I couldn’t face the thought of having any more. While this may seem like a weird story to just bring up out of nowhere like this, I’m beginning to wonder if this story can explain my ambivalence to the announcement of Masaaki Yuasa’s involvement as a director on yet another new film project, Inu-Oh.

I’m sure some people would have an issue with the the fact I’m yet to watch what is arguably his most well-regarded work, The Tatami Galaxy (trust me, I own a physical release of the series and I’ll watch it eventually), yet I’ve seen many of his other works and never failed to enjoy anything he has worked on to at least some extent. Ping Pong’s rotoscoped styling contrasts with the childish joy of Lu Over the Wall, which contrasts with Night is Short, Walk on Girl, whose whimsical tone is at odds with the violent and intense work he put into Devilman crybaby. And this is just picking out a small selection of his more recent work, each of which was completed to a high standard and showcases his talent wonderfully.

Ironically, this is both a blessing and a curse. Each of the above works I mentioned came into existence following the creation of Science Saru (albeit Science Saru itself only assisted with Ping Pong, while it led all the other projects highlighted). This studio was founded by Masaaki Yuasa himself and has basically become a vehicle for the director to work on his own projects. Every anime the studio has created since its inception has been led by the man himself, in fact, without another director getting the chance to lead a project from the studio. 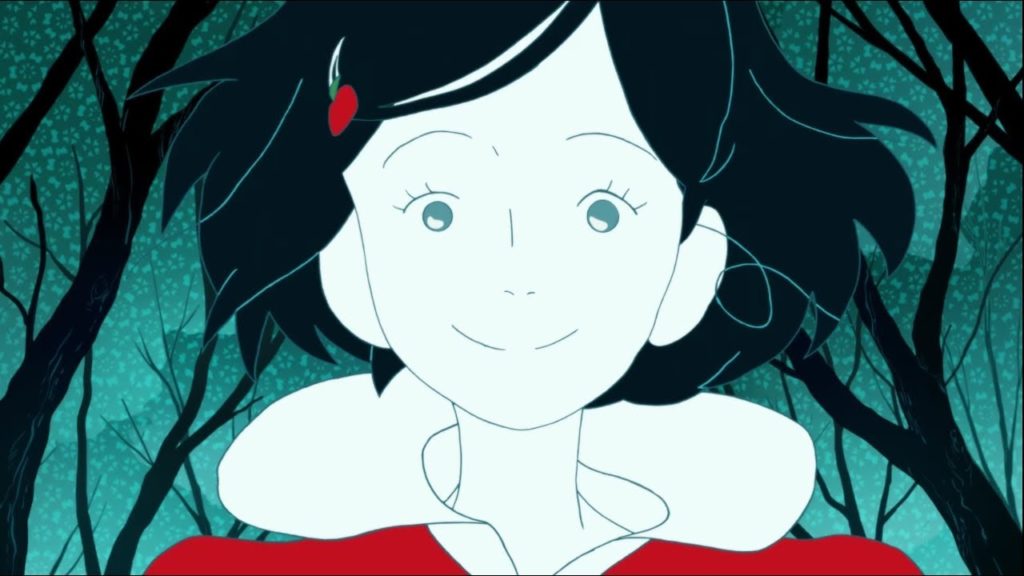 Don’t get me wrong, it’s nice to see that Masaaki Yuasa is both getting the chance to direct more projects like Inu-Oh and that these projects are achieving mainstream success. The man’s chances to lead projects in the years leading up to the studio’s foundation were few and far between, with many failing to receive the wide-scale recognition they perhaps deserved even if they could be critically acclaimed works in their own right. But that brings me back to the chocolate analogy.

Yuasa’s work is unique and different, but it’s also saturating the market at this moment in time. While the works I listed may be tonally different from one another, their style is familiar for better and for worse. Few directors have such a distinct visual design that’s instantly recognizable and it can almost feel like a comfortable reassurance and seal of quality when it is noticed. Yet this is becoming over-familiar, and having seen it at a much more frequent pace in recent years (Devilman crybaby, Lu Over the Wall and Night is Short, Walk on Girl released within a 9 month period, while the latter two released on consecutive months in Japan), it no longer feels as exciting as it once did.

To compare it to another beloved director, Makoto Shinkai, his desire for photorealism couldn’t be more different to Masaaki Yuasa’s desire for fluid and freeform animation. The issue is, while the phenomenal success of Your Name has led to his fair share of imitators, his approach is both unique and seen infrequently, becoming a breath of fresh air whenever a new film is shown. Yuasa’s style is barely rarely replicated by others, yet the allure has already worn off from saturation, and the future isn’t looking much better in this regard. 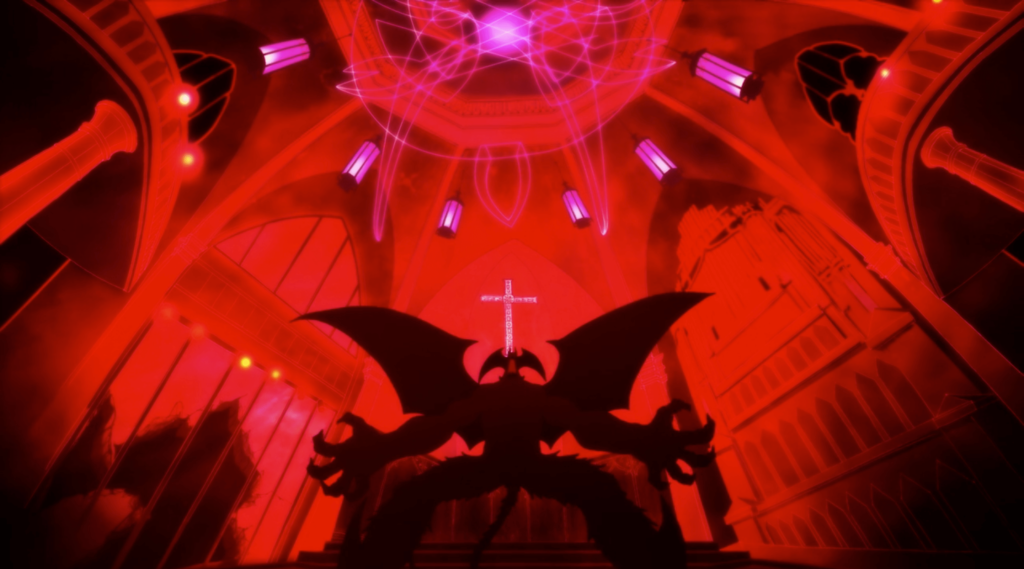 On Friday, another film from Masaaki Yuasa in Ride Your Wave is set to grace Japanese cinemas. This will be his third film in just over 2 years and his fourth released work, and while I’m very much excited to go and see this film, I’m not as motivated to see the film as I was when UK screenings were given to both of his 2017 releases. Soon, Super Shiro, a new TV series, will be released, with Yuasa serving as overall director and his visual style shining through in its key art. He’s also directing another series, Eizouken, and now, we have this announcement, the news that Masaaki Yuasa will direct another film in Inu-Oh, set for release in 2021.

The movie is once again something that’s rather removed and unique when placed along the rest of his filmography, adapting the historical novel, Tales of the Heike: Inu-Oh, as it tells the story of the famous Noh theatre performer. You have to praise Masaaki Yuasa for stepping out of his comfort zone with Inu-Oh and telling a story unlike those he’s told in the past. Yet, at this moment in time, I just don’t really care all that much. I’ve seen too much.

To keep with my chocolate analogy, I’m at a point where I’d rather try eating some cake, or some fruit, or anything else. Even though the chocolate is tasty, I’m becoming a little sick from it and need a break. 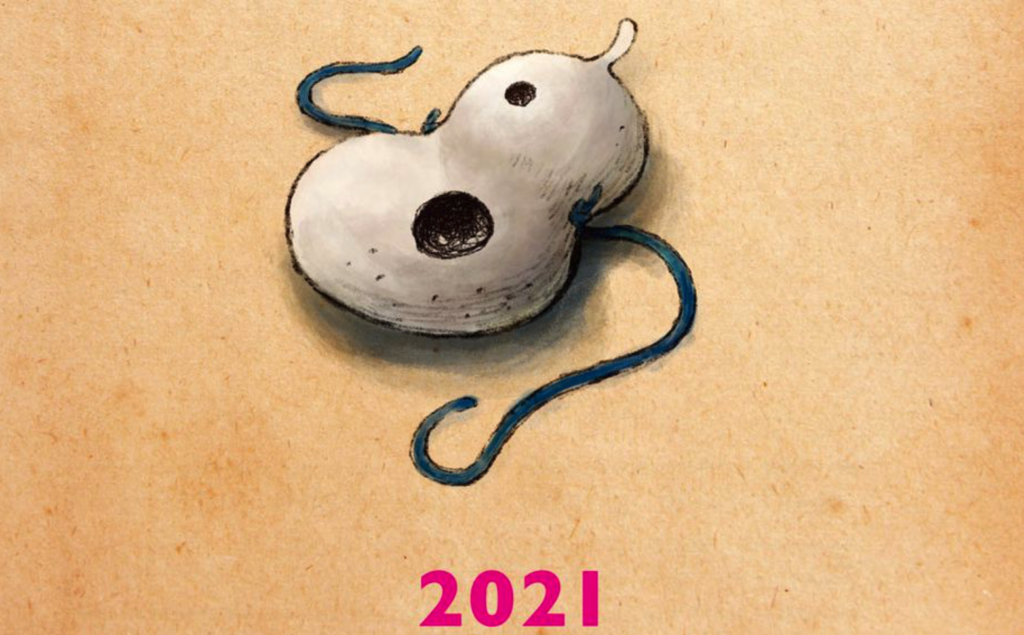 Masaaki Yuasa can’t keep directing films and series forever, and he likely can’t keep directing at the pace he’s currently working at. I’d rather he took a back seat for a few years and promoted some of the talented staff working within Science Saru and mentored them as they created something new, even if it was on a much smaller scale than what Friday’s release of Ride Your Wave would be or for what this upcoming film would be.

Before founding Science Saru, Masaaki Yuasa had much fewer chances to take the lead on projects, and one of those chances was the Kickstarted short film, Kick-Heart, about a nun and a wrestler. I’m at a point where, instead of seeing Masaaki Yuasa direct Inu-Oh, I want to see someone else, even an unknown, create something like that.

I wonder if that would make more excited than I have been with this announcement?