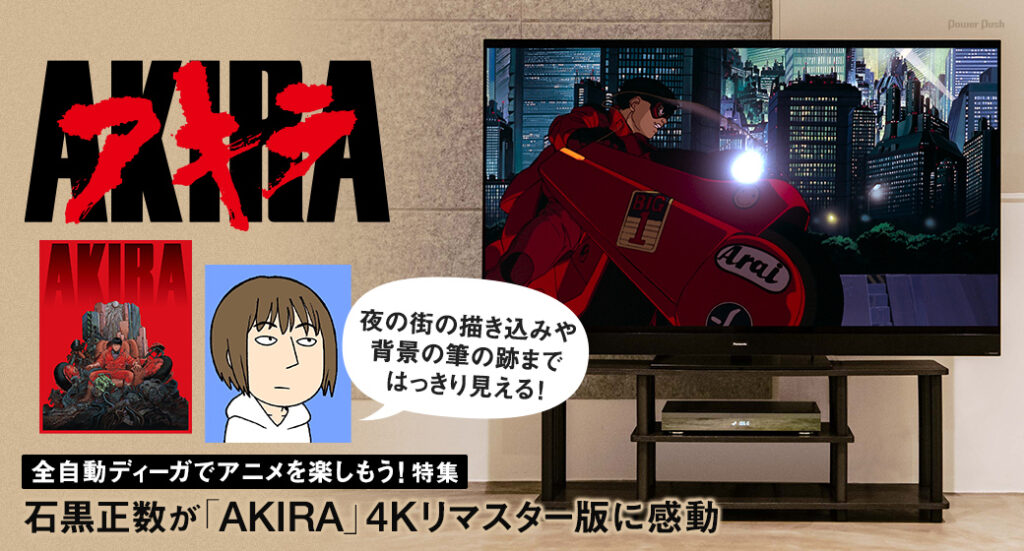 In the interview, Masakazu reveals that he has seen Akira over thirty times, the first time being when he was thirteen years old. Upon watching it the first time, he says that he didn’t realize how big of an impact the movie would have on him. Now its influence is ingrained in practically everything he draws, whether it be the depressions found in concrete or wrinkled clothing scattered across a bedroom.

Of course, Masakazu notes that Akira’s main appeal is the insane attention to detail found within every frame of the movie. Seeing it in 4K was truly something else to him. Masakazu even stated that seeing the opening scenes of Akira in all of their new-age, high-definition glory was literally ‘the most beautiful thing I’ve ever seen,’ praising the painting-like quality of the animation.

Masakazu also gushed over the improved sound, saying that he could actually ‘feel the effect’ of a home theater-like sound. He had already heard Kaneda’s theme countless times, but hearing it in such sublime sound quality this time around made the song seem brand new all over again. Enjoying the sights and sounds of Akira has Masakazu saying that watching the movie on such a large television screen was truly ‘the best way to go,’ beating out his small twenty-year-old television.

The interview concludes with Masakazu stating that he has been fortunate to be influenced by Akira. I’m certain that many of us feel the same way. Countless people were turned into anime fans with Akira, and its 4K release with all of its lush visuals and ultra-real sounds will undoubtedly both reinforce the work’s importance while influencing a whole new generation of anime fans.

The 4K edition of Akira will have its international release on 22 December 2020.