Masashi Kishimoto Is The Man Behind The Ninja Legend 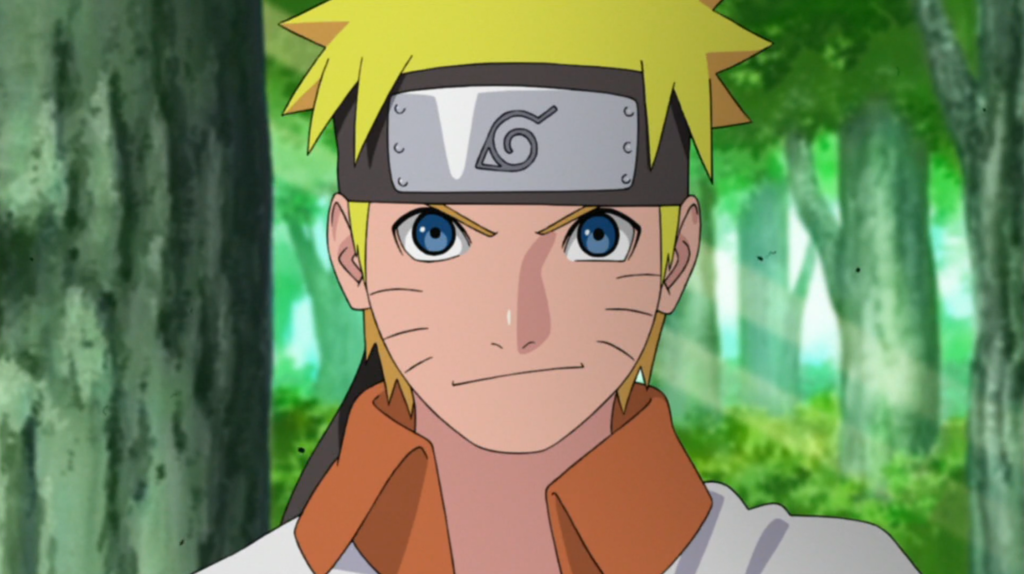 There’s no questioning Naruto’s importance in the world of anime and manga. Beyond being one of the top five best selling manga ever, the series single handedly created an entire generation of anime fans in the west.

It would be no exaggeration to say without Naruto, anime fandom and the world’s heightened interest in Japanese pop culture wouldn’t look the same as it does today. Of course while we now think of the jumpsuit ninja as some kind of deity, he started out as the creation of a young Masashi Kishimoto; One of a pair of twin brothers who had been aspiring manga creators all their lives.

Why The Art In Naruto Was So Striking

A manga can be successful for a number of reasons and there’s no denying Naruto had a ton of them. Fantastic battle direction, distinct characters that lended themselves to popularity rather easily, and a vast imaginative world where ninja still roamed the earth. Of course what every successful manga needs to convey any of these or other qualities is stand out art! At a glance, Naruto cast members were quickly identifiable both from one another and from characters originating from other series.

Kishimoto had a combined slickness and grit, seemingly an oxymoron, to his entire craft which could be seen in all aspects of his work; From laying out those incredible fights to his simple yet iconic character designs.

How As A Series Naruto Built Upon Dragon Ball In Its Own Way.

Masashi Kishimoto has gone on record as saying that when he first got series about making manga, the he first wanted to make a manga inspired by Akira. Cutting edge, one of a kind art and a story that’s never been done, who could blame him? However as he continued figuring out what kind of manga he’d make, Kishimoto realized it wasn’t Akira that was in his sole but Dragon Ball.

Still the biggest name in anime and manga by far, Dragon Ball’s finger prints are on everything that’s come after it but its whole hand had been on each and every Shonen Jump manga for years after. As a manga series running in Jump, Naruto took from the Dragon Ball formula and went very introspective with it. We’re talking about a bit more detail than just aping the Dragon Ball stronger enemy after stronger enemy calculus.

Naruto Uzumaki and Sasuke Uchiha are, on a surface level, analogous to Goku and Vegeta in both their personalities and the type of relationship they have. However, ultimately the Naruto and Sasuke relationship is predicated on much more painstakingly detailed bonds that make up the emotional backbone of Naruto. Time after time Kishimoto would frustrate fans while keeping them coming back every time Naruto and Sasuke would almost reconnect.

Highlighting Kishimoto’s New Manga… Which Has Since Been Cancelled

After finishing Naruto’s 15-year serialization with its 700th chapter in 2014, Masashi Kishimoto took a well deserved multi-year break before embarking on his next series. In that time he was contributing to Boruto as well as finalizing the details for his entirely new follow up. Fans were getting restless but in 2019 Kishimoto finally debuted Samurai 8: The Tale Of Hachimaru in Weekly Shonen Jump.

This time around Kishimoto’s only handling the scripts for this sci-fi samurai series, with his long time assistant Akira Okubo handling the act. Unfortunately, it’s been met with middling reviews and mediocre sales and over the course of its year run couldn’t drum up the readership and interest. It’s an unthinkable sentence, but superstar creator Masashi Kishimoto had his long-awaited follow up to Naruto canceled in the blink of an eye.

There are few reasons as to why Samurai 8:The Tale of Hachimaru got axed early on. Despite his credibility for creating the Naruto manga, Weekly Shonen Jump is a cutthroat publication that historically isn’t afraid to cut a title off if it’s clear its adding value to the magazine. In fact, lots of artists get cancelled after just half a year if its clear their comic won’t be a success, and Kishimoto was given more time than that but luck just wasn’t on his side.

Kishimoto Has His Name On A Whole Lot Of Books

Whether we’re talking about how many volumes of Naruto and Samurai 8 there are or how many individual volumes of Naruto have been sold, the number is extremely high! Between his two series nearly Kishimoto has put out roughly 80 volumes of manga and counting, which doesn’t include the various Naruto spin off manga and novels that have his name on it.

As for how many individual books you, and a small nation’s worth of people, could physically hold in your hand that’s been sold? It’s hard to get an exact number, but Kishimoto has sold over 250 million volumes of Naruto worldwide officially making it the fourth best selling manga ever.

Naruto’s Been Turned Into Many Movies and Tv Shows

We’re cheating a bit by calling anime and anime movies ‘film and tv’ but we digress. Naruto’s been turned into four separate TV anime now! Of course, there’s the original Naruto as well as Naruto Shippuden, as well as the currently airing spin-off Boruto: Naruto Next Generations.

So what’s missing? Why, Rock Lee & His Ninja Pals of course, the chibi comedic adventure starring the titular Rock Lee. There are too many Naruto films to list, but right now that number sits at 11.

Starting from the awkwardly titled Road To Ninja Naruto The Movie, Kishimoto would start getting more heavily involved with the loose film adaptations of his own work. He wasn’t going into the animation studio and animating the darn things himself of course, but in addition to providing character designs he’s actually had a big hand in the story of Road To Ninja as well as The Last – Naruto The Movie and the Boruto Film.

Over the last decade, Shonen Jump has facilitated its original creators getting more involved with the films that use their series as a springboard. Manga series turned anime like Naruto and One Piece used to get one film a year or so back in the 2000s, but most were never worth writing home about. As an effort to get people to come out more, Shonen Jump films have been coming out less frequently but more creator involvement each time around, like Kazuki Takahashi returning for Yu-Gi-Oh! Darkside Of DImensions and the latest My Hero Academia movie being based on a previous idea for the series ending by Kohei Horikoshia himself.

What is Masashi Kishimoto’s Estimated Net Worth?

It’s hard to know exactly how much a manga artist might be worth, especially those who’ve created bigger series like Naruto. These kinds of figures aren’t conveniently wrapped up and listed to the public like the singular prices of stocks.

The best you can do is look at sales figures and profit generation, and approximate. Estimates place Masashi Kishimoto’s value at around $20 Million. That’s more than most manga artists are worth, seeing as the Naruto franchise has made over $10 Billion we wonder where the rest of that cash went. Everything from video games like the Ultimate Ninja Storm series to trading cards and t-shirts adds up to that massive end dollar amount.

Does Masashi Kishimoto Have A Wife?

Fans seem to want to know; Does Naruto creator Masashi Kishimoto have a wife? You might wonder how someone who makes weekly manga for more than a decade straight has time to meet people but you’d be surprised. Indeed Kishimoto does have a wife and the couple have a child together.

However, manga artists tend to lead much more private lives than other ‘celebrities’ and so his wife’s name isn’t known to the public. They actually got married back in 2003 when Naruto, while already successful, hadn’t grown to become quite the phenomenon it’s considered today. Maybe he did have more time to cruise and parouse before his orange-clad child became an empire.

Did You Know About Masashi Kishimoto’s Twin Brother Seishi? The two share more in common than you’d think!

A spot of very interesting trivia,  more than just sharing November 9, 1974, as a birthday Kishimoto’s twin brother Seishi is also a successful Japanese manga artist in his own right. His biggest series to date ran last decade, 666 Satan in Japanese but renamed to a more palatable O-Parts Hunter for Viz’s English release, and it ran for 19 volumes. More recently, his 2014 work Sukedachi 09 can be found on Crunchyroll manga.