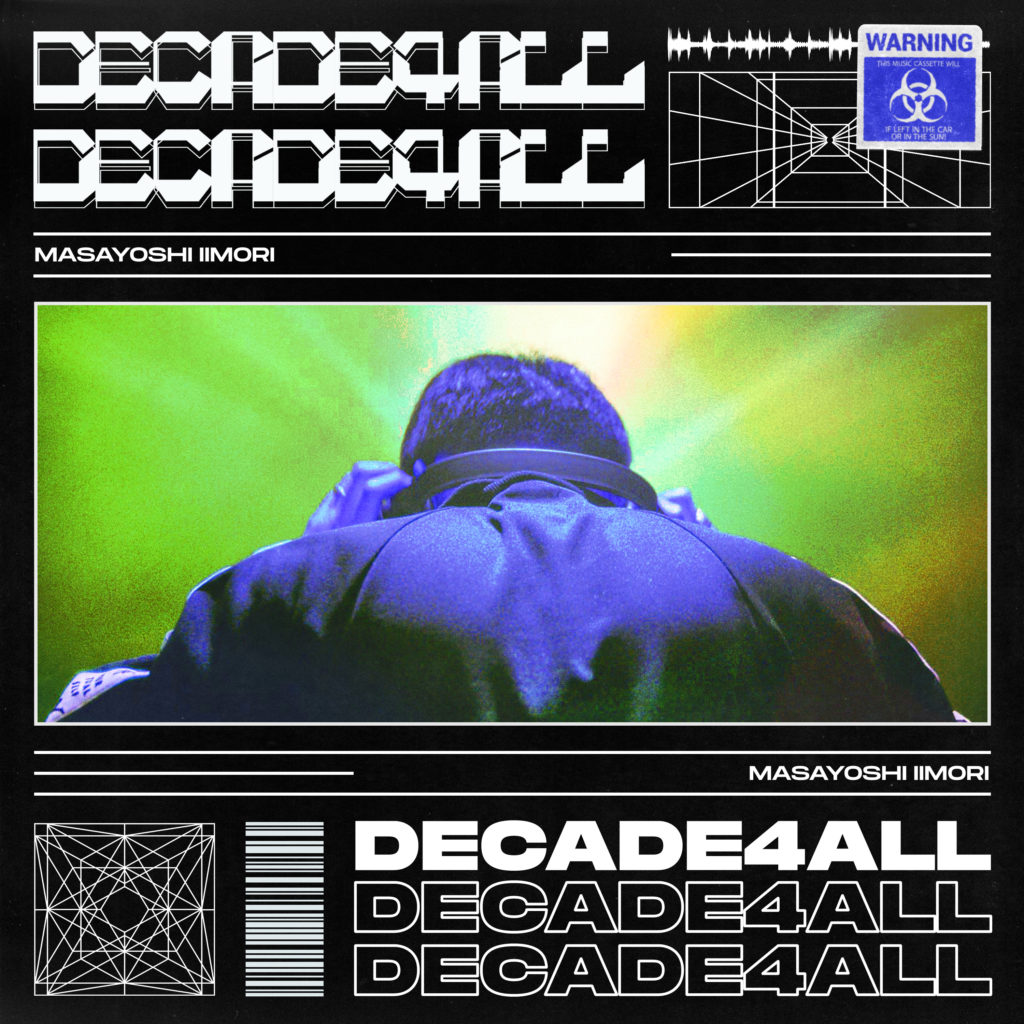 Ten years ago from the comfort of his bedroom in Fukushima, at age 14, Masayoshi Iimori made a decision that would set him on a path leading far away from the comforts of his desktop and deep into the world. The decision to boot up a DAW (Digital Audio Workstation) for the first time might have seemed like something trivial, but ten years later it’s more important than ever. Now 24, Masayoshi celebrates a career that has pushed him to the front line of Japan’s burgeoning Electronic music scene, seeing coverage on just about every digital music outlet, and landing him slots in several international shows. This month saw the monumental release of Iimori’s debut full-length album, “DECADE4ALL”, an album that pulls absolutely no punches in showcasing his signature raw take on several genres, all blending together into something distinctly unique.

I’ve had the pleasure of catching more than my fair share of Masayoshi Iimori sets over the years, being a relatively early adopter of his music as his home label, TREKKIE TRAX, started gaining traction internationally. Since then, we’ve seen a total paradigm shift in the way music is accessed and shared across the world, yet his signature sound still managed to resonate with listeners both domestically in his home country of Japan, and globally via numerous digital streaming platforms. The timing couldn’t be better, and I was already stoked on the upcoming release of the album, which left me more than keen to chat with Iimori about his album, asking several questions to capture a wider image of his vision as a musician.

With the current COVID-19 climate, things, unfortunately, had to take place via Twitter DM, but you can take a look into the mind of Masayoshi Iimori on “DECADE4ALL” below:

OTAQUEST: Over the course of your career, you’ve released on a spectrum of different labels across the globe. Yet, for your debut album, you’ve decided to return to your home label of TREKKIE TRAX. What is the significance behind this to you?

Masayoshi Iimori: When I was piecing together this album, I wanted to create something of a trademark sound. If the album is filled with my sound, it creates a representation of where I came from — so it was only natural for me to end up releasing the album via my home label.

OTAQUEST: On the international Electronic circuit, you’re one of the most recognized names in your genre. Did you find yourself looking towards international audiences on the album?

Masayoshi Iimori: Of course, putting together the album I definitely had international fans in mind. With that being said, the promotion and distribution style of the album being on CD format is a big part of my desire to strengthen my presence in Japan as an artist.

OTAQUEST: As an artist who is extremely active in the Japanese Electronic music circuit, yet has also spent time working alongside several big-name international electronic outlets, what would you say some of the biggest differences between Japan’s music scene and the international music scene are?

Masayoshi Iimori: I think in Japan you tend to see a lot of different sounds being grouped together and evaluated within the same framework. This largely comes from Japan being such a narrow island country. However, with the development of the internet, you see more domestic artists and listeners making clear separations between the sounds of the overground and underground scenes. As a result, you’re also seeing the quality of pop music improving accordingly.

OTAQUEST: You’ve been experimenting with various flows over the top of your music for the last few years, and it feels like you’re really hitting your stride on tracks such as “Seeya feat. gummyboy”. Is this a sound you’re hoping to expand upon more in the future?

Masayoshi Iimori: Yes, of course. I always aim to include my own flare when I produce music for others. What I’m trying to do is evolve my sound so I can work more freely with a wider roster of artists.

OTAQUEST: With the release of this album, you’ve been producing for roughly a decade of your life now. What are some of the things you’ve learned throughout the course of these last ten years?

Masayoshi Iimori: I learned that I can’t improve my skills overnight, and also that what skill I do have has been increasing in proportion to the amount of effort I’ve put in over the years.

OTAQUEST: Unsurprisingly, DECADE4ALL does an excellent job of culminating the numerous sounds that you’ve become known for over the years. From the Trap-driven sounds of “I Don’t Care feat. Merry Delo” to the more Hardcore-focused sounds of “Alcohol feat. Relect”. Is there any one genre that you find yourself gravitating towards more than any other lately?

Masayoshi Iimori: I think that the Post-Trap Hip-Hop beats are really interesting because you’ve got a genre that’s finally becoming established after years of trial and error. With this, you’re also seeing the value of producers increasing, especially when you look at artists like Kenny Beats.

OTAQUEST: It might be a little early to ask, but now that you’ve passed the major milestone of releasing your debut album, what do you hope to achieve next? Is there anything you look back on and think to yourself that you can’t believe you did that already?

Masayoshi Iimori: Even now, having the opportunity to perform at places like EDC Japan, making mixes for Diplo & Friends on BBC Radio1, all of this is really exciting. I think it was because of my hard work that these chances arose. That being said, I want to continue to maintain this growth over the next ten years now that I’ve finally released this album.

Available now for streaming globally, and physically here in Japan, Masayoshi Iimori’s debut album “DECADE4ALL” definitely isn’t to be missed. With ten years under his belt and plenty more to come, I can’t wait to see just where Iimori heads from here. For those interested in checking out the album, you can find streaming on all official services here.