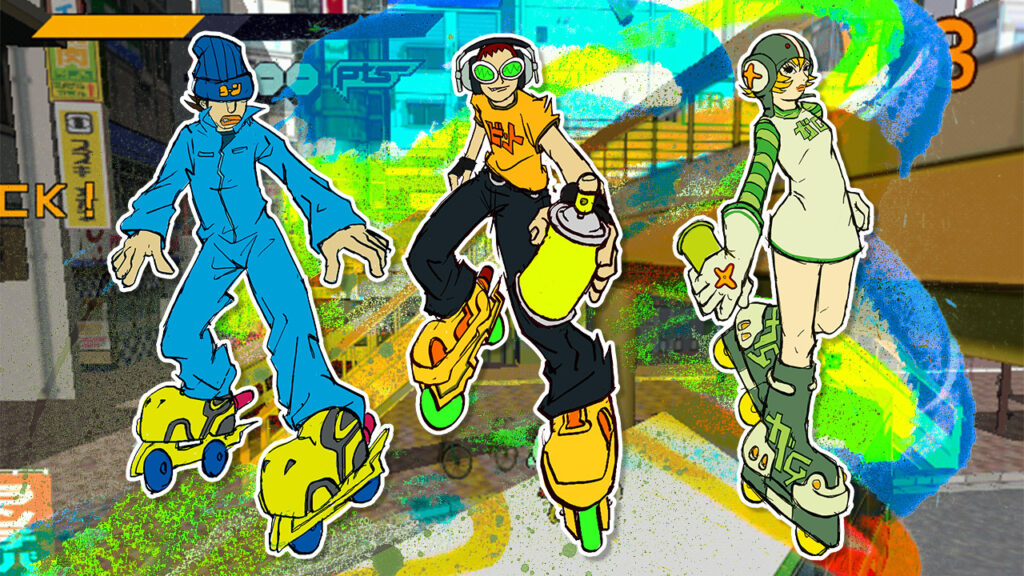 Jet Set Radio was released in 2000, and still impresses fans to this day. We sit down today with Masayoshi Kikuchi, the man behind this legendary game. Join us for the fourth installment of interviews celebrating 60 years of SEGA.

OTAQUEST: You joined SEGA in 1995, what was the company like at the time?

Masayoshi Kikuchi: I joined about half a year after the launch of the Saturn. I was assigned to the consumer game division, and games were hitting sales figures of 300-400,000. It was very exciting. However, before joining I was just an average gamer, so seeing sales figures for Dragon Quest 5 on the SNES, which had hit over 3 million, made me wonder what the big deal was with hitting 300,000. I actually asked one of my senior colleagues if it was that big of a deal, to which he promptly chewed me out for not recognizing just how important that was. Looking back on it now, I feel bad and a bit embarrassed (laughs).

OTAQUEST: When you first joined you were part of Team Andromeda, the team behind Panzer Dragoon. What was it like working there?

Masayoshi Kikuchi: I suppose both just happened to come out around the same sales window (laughs). Anyways at the time the use of polygons in 3D graphics was progressing rapidly. It was a period where we were competing with other makers to see what kind of new graphics and gameplay we could make with this new technology. Those few years I was always conscious of the word 3D. At the time the two games that were the most impactful to me from other companies were Super Mario 64 and Jumping Flash! They influenced me and made me think about new ways of playing games, ways you can only experience in 3D. At the time our biggest restraint was the power of the hardware we were using, so we were always discussing as a team how to express what we wanted to within those constraints.

OTAQUEST: During the Dreamcast era SEGA’s development teams were split up, and you began creating Jet Set Radio with SmileBit.

Masayoshi Kikuchi: There was a designer on the same team who joined at the same time as me, a man named Ryuta Ueda, and we had been working together for about two and a half years. Ueda came to me and said “is there any way we could make a game where these characters are in it?” and came and showed me some rough sketches of some very cool characters. I thought “Wow this seems like we could make an interesting game, something that hasn’t been done before” and from that thought came Jet Set Radio.

OTAQUEST: Seeing as Jet Set Radio was the first game you had directed on your own, what kind of struggles did you run into?

Masayoshi Kikuchi: Well, we had a lot of issues getting past the planning phase. But our bosses at the time were people that allowed the newer staff to work with a great deal of freedom, telling us “don’t worry about your other work, focus on getting a project plan ready for the company planning meetings”. That took a lot of stress off my back. However, due to a lack of staff, I wasn’t able to have any programmers allocated to my team so I ended up sitting there only able to think about the plot for about a year (laughs). Thanks to that I was able to have a solid image of what the world (of Jet Set Radio) was going to look like, and looking back I think that was really valuable time.

OTAQUEST: What were your thoughts during production?

Masayoshi Kikuchi: There were two goals Ueda and I shared from the beginning. The first was to incorporate motifs not found in traditional games, things that the younger generation would find cool. The second was, as I said earlier, making the most of a 3D environment and having a new way of playing games. The sketches Ueda gave me had things like t-shirts, denim, headphones, inline skates, and other things that invoked the street culture at the time. From street fashion, the ideas of setting the scene in a city like Shibuya or Shinjuku and having a pirate radio DJ were born. The idea of a game where you could freely run around the city and trick using guardrails was born from the inline skates. And like that, we kept having more and more ideas roll out. As for the sound direction, producer Kawagoe Takuya has a great knowledge of music, and the discussion with him ended with us deciding to incorporate electro, big beat, breakbeats, and a whole bunch of other genres. Hideki Naganuma, who was the composer, was able to apply these ideas well.

OTAQUEST: Jet Set Radio was rated highly overseas. How did that make you feel?

Masayoshi Kikuchi: When I go overseas for events like E3 I see something that we built from the ground up being applauded and rated very highly not just from Japanese fans, but from foreign fans and the media as well. That ‘s definitely an amazing feeling. Right after it was released we got letters in French and in German and I remember being in the office asking if there was anyone who could read them. However, in regards to Jet Set Radio, we didn’t specifically set out to make something that would be popular overseas but instead aimed to tread uncharted territory in gaming as a whole. I think it being so popular overseas is just a result of that. I was honored to receive so many commendations, but I didn’t get the impression that it necessarily meant more sales…. So we were motivated to make something that would be profitable and also be popular in Japan.

OTAQUEST: And that led to the birth of Yakuza. What was it like in the beginning of the planning phase?

Masayoshi Kikuchi: After the split SmileBit was re-integrated back into SEGA, I began working under Nagoshi Toshihiro, and Nagoshi and I talked about the next project. That’s when Nagoshi mentioned the idea of creating a new game using the concept of the dark underbelly of Japanese society, and based on that we put together the plan for Yakuza. I was the producer and Ueda became the director. It also just so happened that at that time, the two of us were watching a lot of gokudou (yakuza-type) movies such as Battles Without Honor and Humanity and saying, “I wish we could make this kind of atmosphere into a game.” So that idea was a lifesaver.

OTAQUEST: What was the reaction in Japan after release?

Masayoshi Kikuchi: The reception before release was actually less than what we had expected and it was really a tough situation, but once it went on sale it went out of stock quickly. As a result, we had to continually send out more batches of the game, and it was from that moment that I could feel that we were gaining popularity or the support of the fans. At the time social media wasn’t as big as it is now so I couldn’t see the reaction from the fans as directly, so I looked at the sales figures as a measure of how things were. All in all, Yakuza sold around 350,000 copies in Japan, and not wanting to lose momentum on something I considered to be a hot sale, we worked on getting Yakuza 2 out within a year… Much to the dev team’s dismay (laughs). After Yakuza 2 was released, I learned how to make questionnaires and saw the responses, and finally, I realized that the popularity of the game was spreading differently to other titles.

OTAQUEST: While establishing itself in the Japanese market, Yakuza was also picking up attention overseas.

Masayoshi Kikuchi: It was a game depicting a very Japanese world, one that Nagoshi had created to appeal to Japanese adults, so the idea of it being popular overseas was never at the forefront of our minds. Especially since we were trying to capture a new market in Japan. However, on the other hand, we were aware that this wouldn’t be completely unpopular overseas, so we put a lot of time and effort into figuring out how to properly localize and make it popular in that market as well. After that, the overseas market began to steadily grow and Japanese content was gaining in popularity, so the number of fans overseas also grew. Even in the past few years titles like Persona and Nier have become popular overseas, and so I feel like Yakuza has also benefited from the increase in people who enjoy Japanese games.

OTAQUEST: You’ve spent about 25 years with SEGA so far, what are your thoughts on SEGA hitting it’s 60th anniversary?

Masayoshi Kikuchi: Even as the times change, I feel this company always puts a great deal of importance on if something is interesting or not. The whole company has this awareness that, even if you’re able to make something that is fundamentally an interesting concept, if you don’t have something new to go with it you aren’t really able to go head to head with the competition. I’ve been a game designer who constantly thinks about both fun and new things, and I do my best to share that mindset.

OTAQUEST: Do you mind telling us how you think SEGA will continue to grow in the future?

Masayoshi Kikuchi: SEGA right now is constantly keeping the keyword “global” in everyone’s minds through the company. The idea is to “increase SEGA’s presence around the world, make more hits and get more support from our customers!”, which is a message I strongly agree with. Right now I’m in charge of titles for mobile devices, but this is also connected with technology and infrastructure that will evolve further in the future. Looking forward, I’d like to make games that have new and innovative ways of playing, ways that are different from our existing methods. I want to do my best so SEGA can be loved by even more people. 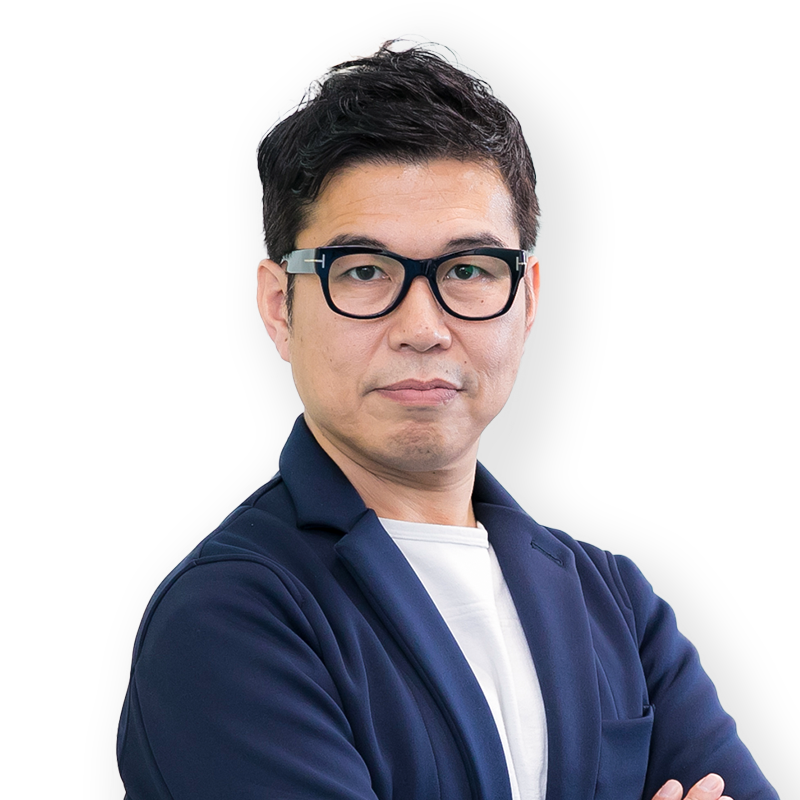