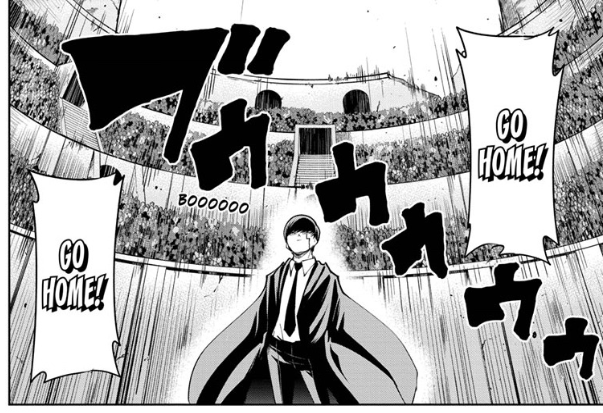 The beginning of a new week can only mean one thing: time for new Weekly Shonen Jump! This is where Jacob investigates the latest and greatest in the magazine, telling you what’s worth your time and what’s not. You can find coverage of other series under the tag Jump Time. Here’s MASHLE: Magic and Muscles chapter 48.

When it became clear that MASHLE’s next big narrative arc would center around a magic tournament to decide the next Divine Visionary, I can’t say that I was particularly excited. Ever since the series made the shift to a battle manga, I’ve been pining for it to settle down and do some explaining, particularly regarding its power system, but what little bits of exposition we’ve had have been quite disappointing. Nevertheless, MASHLE chapter 48 turned out to be much more entertaining than I initially thought.

That arguably started with one of the chapter’s fantastic opening gags: Mash talking to his muscles, acting like they are comforting him after being confronted by Orter. That gave me a little chuckle, disarming me for when Mash stepped into the arena: given that he can’t use magic, everyone boos and tells him to go home. This makes it clear that Hajime Komoto still isn’t abandoning the old ‘misfit changes the world’-style narrative that made the setup for this arc so compelling, which is a good thing. This tournament will also be a good vehicle for him to explore these ideas further.

Moving on, MASHLE chapter 48 then gets stuck into the meat of the tournament arc proper. The first round is an ‘elimination round,’ aiming to thin down the number of participants as much as possible, given that the number of coins required to enter this year was lowered. The actual content of this elimination round, however, was enough to make my stomach crawl: it’s a ‘survival match,’ where the participants must evade the clutches of the deadly ‘Deadervents’ while searching for a hidden key. 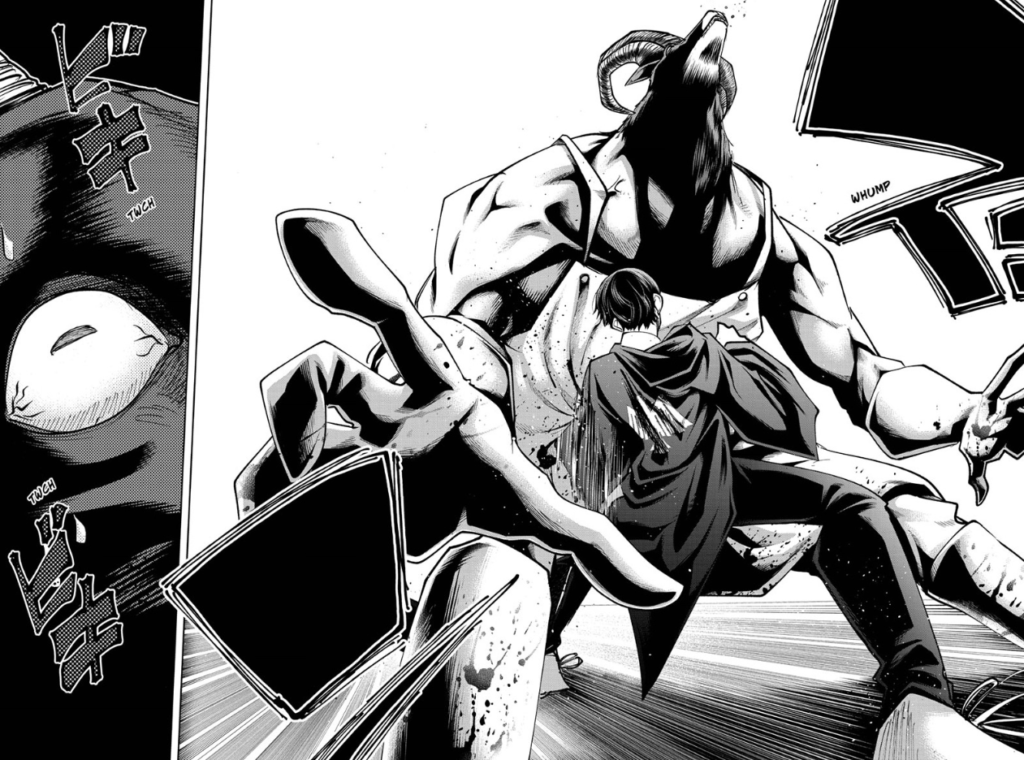 So yeah, MASHLE chapter 48 is going full battle royale. As if copying The God of High School wasn’t good enough. Still, my complete apathy towards that kind of media these days was overcome somewhat when Mash made use of his massive muscles to attack a Deadervent directly: even though they’re impervious to magic, that doesn’t mean they can survive a swift blow to the stomach.

Much like how Mash is on a quest to destroy the norms of this magic-dominated world, MASHLE chapter 48 was able to smash through my preconceived notions of how this tournament arc would play out and provide me with a bit of hope. If Komoto can keep on bending the rules like this (and even take the mick out of popular mainstream media as a result) then why not do a Divine Visionary tournament? Yeah, sure. Why not.

Still not getting over the power system stuff, though.

You can read MASHLE chapter 48 for free via VIZ Media.