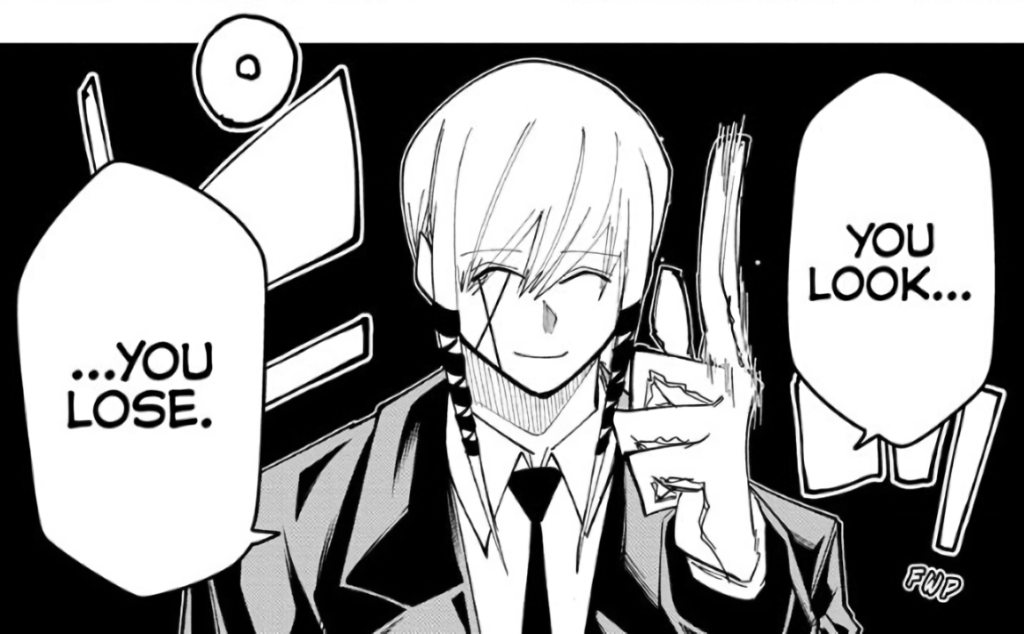 The beginning of a new week can only mean one thing: time for new Weekly Shonen Jump! This is where Jacob investigates the latest and greatest in the magazine, telling you what’s worth your time and what’s not. You can find coverage of other series under the tag Jump Time. Here’s MASHLE: Magic & Muscles chapter 57.

Over the past couple of months, MASHLE appears to have solved the contradiction of having become a battle manga but without a proper power system: simply discard the conventional idea of ‘battles’ altogether, and become an unconventional conventional battle manga. Don’t believe me? MASHLE chapter 57 is the ultimate example of this.

Introduced last week, Mash’s opponent this time around is Kaldo Gehenna: a Divine Visionary who is the head of the ‘Magic Talent Administration.’ This means that it is his job to investigate all the Divine Visionary candidates to see if they’re up to scratch, but he’s not too convinced by the magicless Mash. In MASHLE chapter 57 they play a little game to prove his worth.

The game is one you’ve probably all played in the school playground before: ‘You look, you lose.’ Mash must refrain from looking in the direction where Kaldo is pointing, but here’s the twist: he also has to stay inside a circle that Kaldo draws on the ground, as well as avoid his magical attacks. He’s not holding back, either, meaning that MASHLE chapter 57 is a battle for both Mash’s life and his future as a Divine Visionary.

Seeing how Mash manages to prevail over Kaldo’s rules is what makes this chapter so entertaining, because he doesn’t do so in the conventional way: aside from punching away one of the attacks, he also manages to dig the circle out of the ground with his feet and jump in the air… all the while looking down. Finn’s amazement is our amazement, and chapter 57 proves that MASHLE can be an interesting battle manga by avoiding precisely the kind of traditional battles that dragged the series down without proper exposition during the Magia Lupus arc.

Unfortunately, this chapter doesn’t advance Mash’s journey through the Divine Visionary selection exam (the series’ first tournament arc) but acts as more of an entertaining aside that introduces Kaldo as a character. He’ll no doubt be important in the future, so don’t forget his face!

You can read MASHLE chapter 57 for free via VIZ Media.