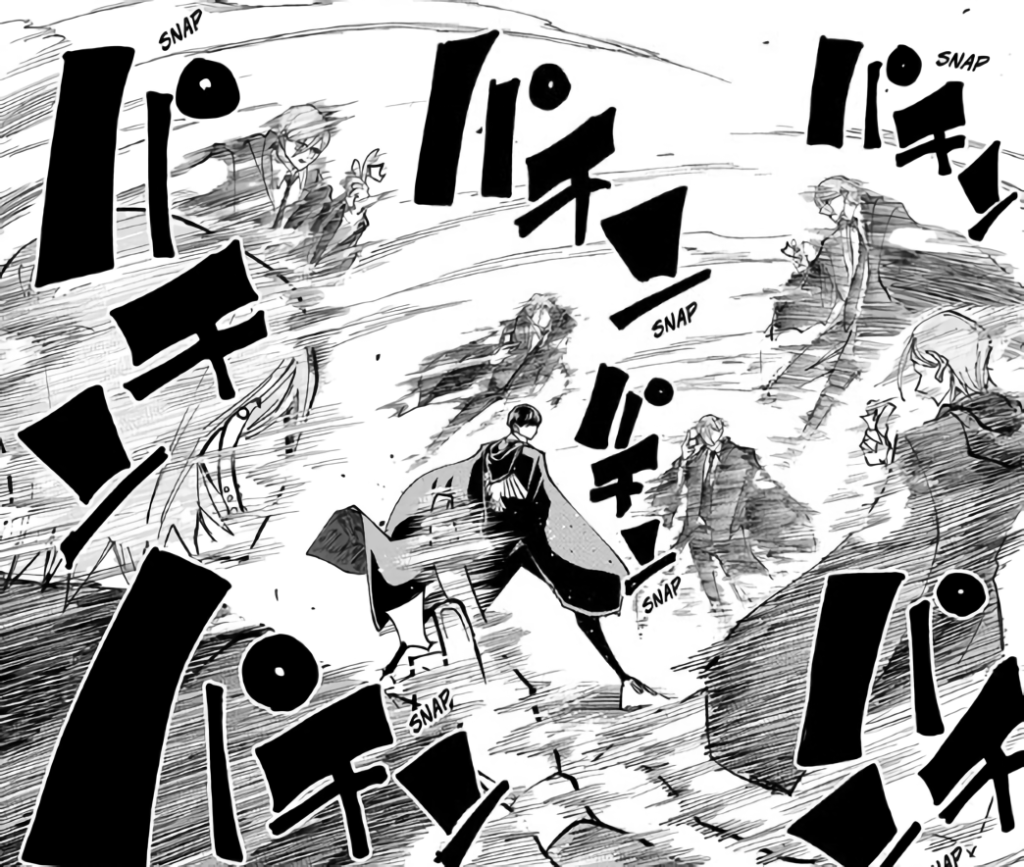 The beginning of a new week can only mean one thing: time for new Weekly Shonen Jump! This is where Jacob investigates the latest and greatest in the magazine, telling you what’s worth your time and what’s not. You can find coverage of other series under the tag Jump Time. Here’s MASHLE: Magic & Muscles chapter 60.

At this point, MASHLE has become the consummate unconventional conventional battle manga. The series’ latest tournament arc has managed to successfully upend all of my initial expectations, showing that this series can do action well when it moves away from magic, and MASHLE chapter 60 is just another example of that. It also may or may not make me like a certain character…

Where were you when MASHLE saw fit to explain the properties of sound and how it travels through certain forms of matter? That’s what the entire battle in MASHLE chapter 60 revolves around, comprising the third part of Mash’s clash with Macaron. To be honest, I’d be lying if I said that I liked that particular character, but this chapter adds an interesting layer: when Macaron releases all of his magical power, he goes through a transformation. He also grows hair and gets smaller, for some reason. 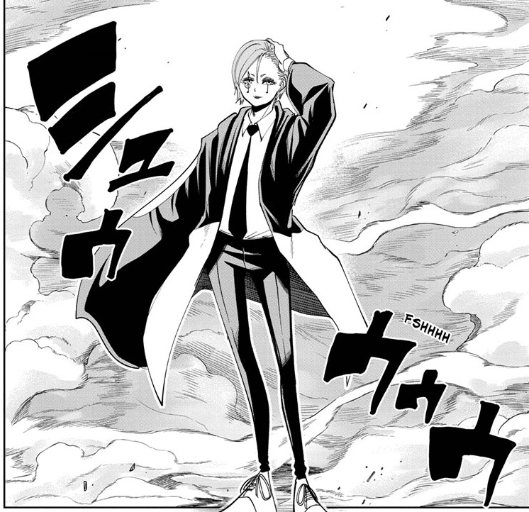 This makes me genuinely curious to learn more about Macaron and his particular set of magical abilities. What’s the function of the taller, bald form? Why is it that he changes appearance so drastically? Hopefully, these questions will be answered, although the series has yet to even begin to explain some of the more elementary concepts which underpin its magic system.

In any case, the clash between this smaller Macaron and Mash is exciting to say the least. You get a real feel for Macaron’s sheer power in MASHLE chapter 60 as he easily overwhelms the cream puff-loving meathead, moving at the speed of sound. It’s only when Mash realizes that sound travels much quicker through solids than gases that he manages to get the upper hand, making good use of a nearby wall.

One other thing we should also mention is the fact that Mash is now calling himself a ‘muscle-type’ and labeling his attacks as ‘biceps magic,’ ‘quadriceps magic,’ etc. An absolutely genius move from series author Hajime Komoto that’s not only funny but also perfectly addresses Mash’s need to pass himself off as a magic user.

There’s even a callback to Macaron’s love for tartar sauce at the very end, making MASHLE chapter 60 into a very funny AND robust installment. Things’ll probably just get even more exciting once Innocent Zero arrive on the scene! Keep up the good work.

You can read MASHLE chapter 60 for free via VIZ Media.