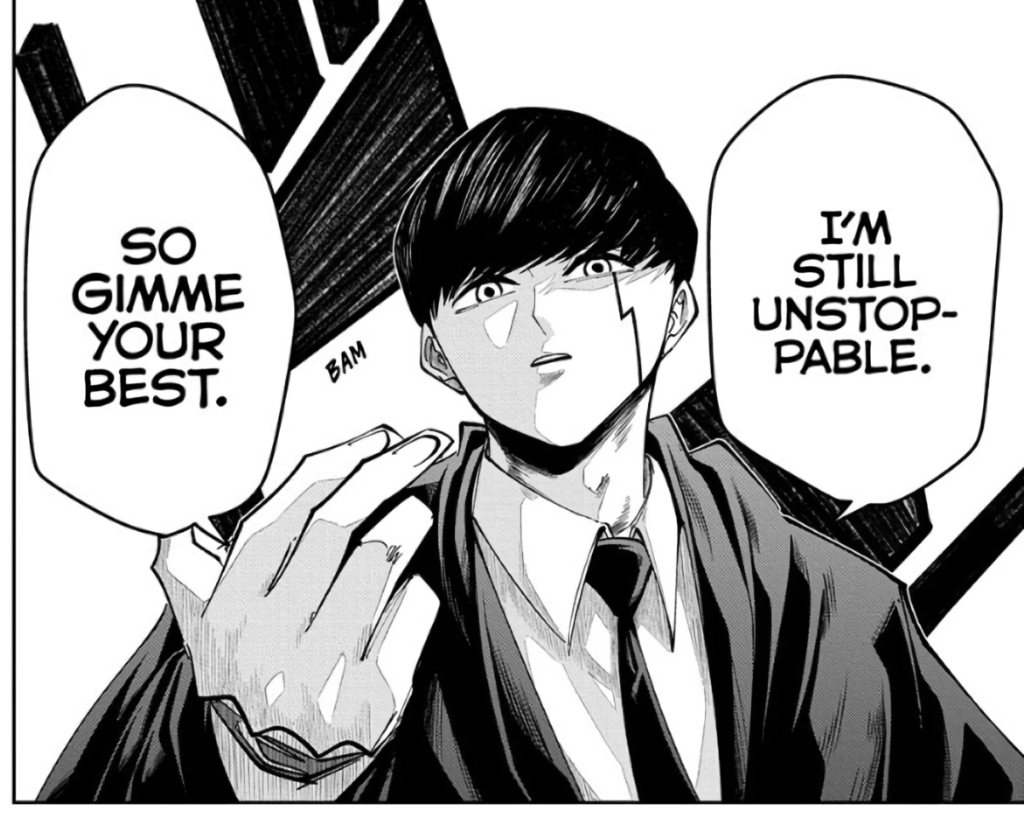 The beginning of a new week can only mean one thing: time for new Weekly Shonen Jump! This is where Jacob investigates the latest and greatest in the magazine, telling you what’s worth your time and what’s not. You can find coverage of other series under the tag Jump Time. Here’s MASHLE: Magic and Muscles chapter 66.

Ever since MASHLE first started and wore its influences somewhat brazenly on its sleeve, there was a burning question: was Mash Burnedead the Chosen One? Certainly, that would make sense given just how much this manga takes from a certain young adult fantasy series, but a definitive answer was never given.

Until now. MASHLE chapter 66 gives some meaning behind the muscles, but not quite in the way that you’d expect. While making Mash into the Chosen One would make perfect sense given the series’ influences, it risked devaluing the story’s central idea of an anomaly reshaping a rotten world with his own power and fists, not something attributed to him before his birth by some divine prophecy.

The chaos caused by Innocent Zero crashing the Divine Visionary selection exam is still ongoing, although we’ll have to relegate that to the background for the moment. What MASHLE chapter 66 mainly consists of is a conversation between Mash and Cell War (the villain that appeared towards the end of the Magia Lupus arc) that explains why and how the protein-guzzling protagonist came to be. 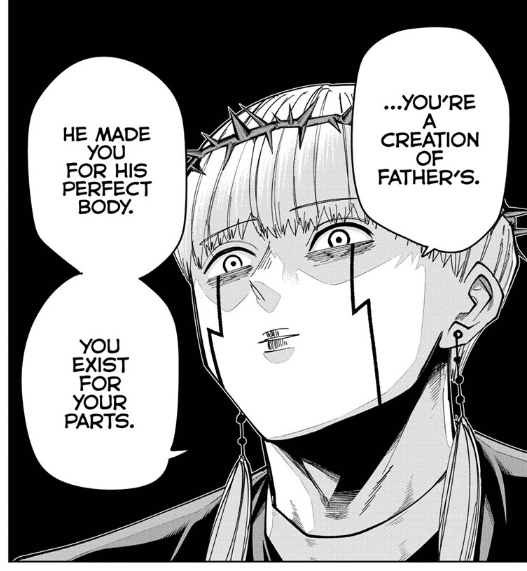 To cut a long story short, it is revealed in MASHLE chapter 66 that he was created by Innocent Zero by way of a forbidden ritual to be his ‘perfect body.’

Somewhat predictably, Mash doesn’t take this very seriously. At first, he’s shocked, stating ‘So, I’m like the protein you need to build muscles?’ But then, after a quick nap, he’s back on his feet and punching Cell War in the face. ‘I’m still unstoppable,’ he goads. ‘So gimme your best.’ And I wouldn’t have it any other way.

If MASHLE chapter 66 had gone all in on the drama surrounding the meaning behind Mash’s muscles, then that would’ve made for worrying reading. As already explained, revealing that the protagonist’s status was determined before birth would undermine the series’ core ideas, but Mash’s reaction here makes it clear that this is just going to be another element in the genre parody that Hajime Komoto is constructing. Plus, the concept of being a ‘vessel’ isn’t nearly as bad as a prophecy in this regard.

You can read MASHLE chapter 66 for free via VIZ Media.