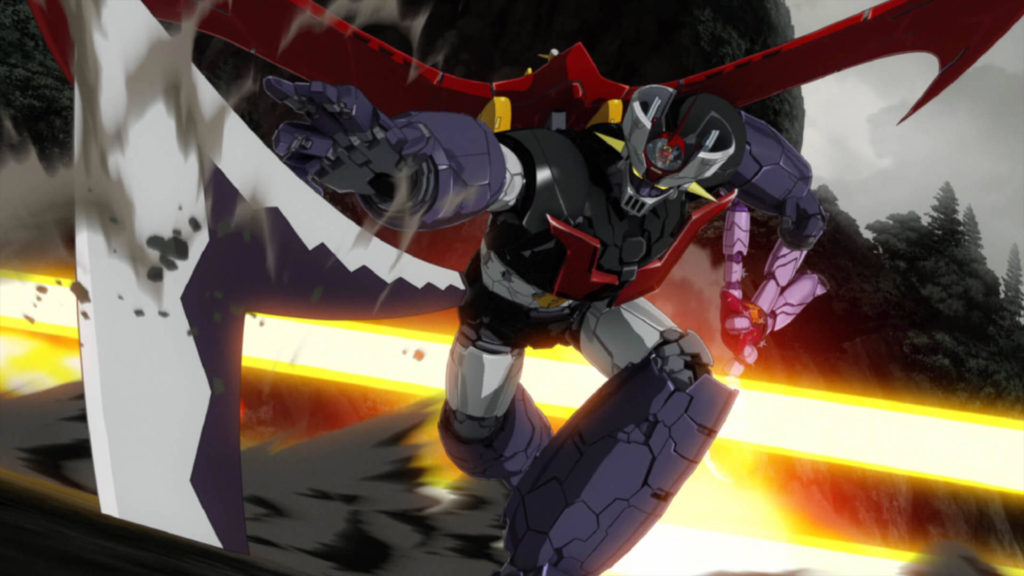 Go Nagai — a manga artist practically unrivaled. If you enjoy modern manga and anime tropes, then there is a high possibility that Go Nagai has influenced it in some way. He’s credited as being the father of mecha, having designed the first pilotable robots found in manga with Mazinger Z, and is even known as being the pioneer of ecchi, with his bold release of Harenchi Gakuen in the first issue of the now famous Shonen Jump magazine.

If there was ever a time for the mangaka’s success to be recognized, this is absolutely it. With the recent release of Masaaki Yuasa’s anime adaptation of Nagai’s classic Devilman series, and the international success that’s been met with, it comes as no surprise that people are digging further and further into the creators incredible library of content. With series such as Mazinger Z, Cutie Honey, and Violence Jack all being of extreme significance here in Japan — amongst a wide variety of other classics, — there definitely isn’t many others quite as worthy of the attention.

That’s why news that VIZ Media, alongside Fathom Events, would be doing limited screenings of the latest animated film entry into the MAZINGER Z universe was met with such excitmenet from our staff. The film has been long-hyped amongst individuals here in Japan, and we’re dying to sink our teeth into the 4DX version out here in Japan in the coming days. For those of you in North America, however, you’re going to have a wonderful time checking the film out during it’s two-night-only screening on February 11 and 12.

Not quite sure what the movie is going to revolve around? Well, check out the information straight from the source — VIZ Media:

MAZINGER Z is one of Japan’s most revered sci-fi properties. The new film, which was produced by Toei Animation, takes place ten years after the conclusion of the famed Mazinger Z TV series. VIZ Media has secured the theatrical, broadcast, digital streaming, EST, and home video rights for the U.S. and Canada from Toei Animation.

In addition, in partnership with Fathom Events, MAZINGER Z: INFINITY will receive a special two-night-only presentation across the U.S. on Sunday, February 11 and Monday, February 12 (English-subtitled both dates). Attendees will also receive an exclusive MAZINGER Z: INFINITY poster (while supplies last). For a complete listing of participating theaters and to purchase tickets, please visit www.FathomEvents.com/events/mazinger-z-infinity.

The MAZINGER Z: INFINITY movie is based on the classic manga series by the immutable creator, Go Nagai. It follows our hero, Koji Kabuto, in an action-packed adventure where only he can choose his ultimate path! Ten years ago, the villainous scientist Dr. Hell led his wicked followers, known as the Underground Empire, in a struggle to destroy all of humanity. It was against these forces that the young hero Koji Kabuto fought, piloting the legendary super robot “Mazinger Z.” Koji’s victory stopped Dr. Hell’s evil plan and returned peace to the Earth. Now Koji has left the pilot seat behind and become a scientist in his own right, following in his father’s and grandfather’s footsteps. Yet an unexpected encounter deep under Mt. Fuji triggers an even greater threat to mankind than ever before and alters Koji’s destiny forever. With humanity’s fate in their hands, Koji and Mazinger Z face a choice between good…and evil.

“MAZINGER Z is one of Japan’s most celebrated sci-fi properties and is an instantly recognizable icon of the super robot genre,” says Masayuki Endo, Toei Animation Inc.’s President & CEO. “We are very pleased to work so closely with VIZ Media to bring this exciting new anime movie to fans across North America.”

“Fathom is thrilled to partner with VIZ Media to bring this well-loved franchise to cinema audiences across the U.S.” Fathom Events CEO Ray Nutt said. “Our anime events continue to fill auditoriums with excited fans and we know MAZINGER Z: INFINITY will do the same.”

“MAZINGER Z is a groundbreaking property that has helped to define the super robot and mecha genres for over four decades,” says Charlene Ingram, VIZ Media’s Director of Animation Marketing. “The new film is a fitting testament to the enduring popularity of the franchise as well as the iconic works of Go Nagai. We look forward announcing details on the theatrical premiere in the very near future.”

Be sure to get into that cockpit early — you can check out the official website to get those tickets at participating theaters soon!