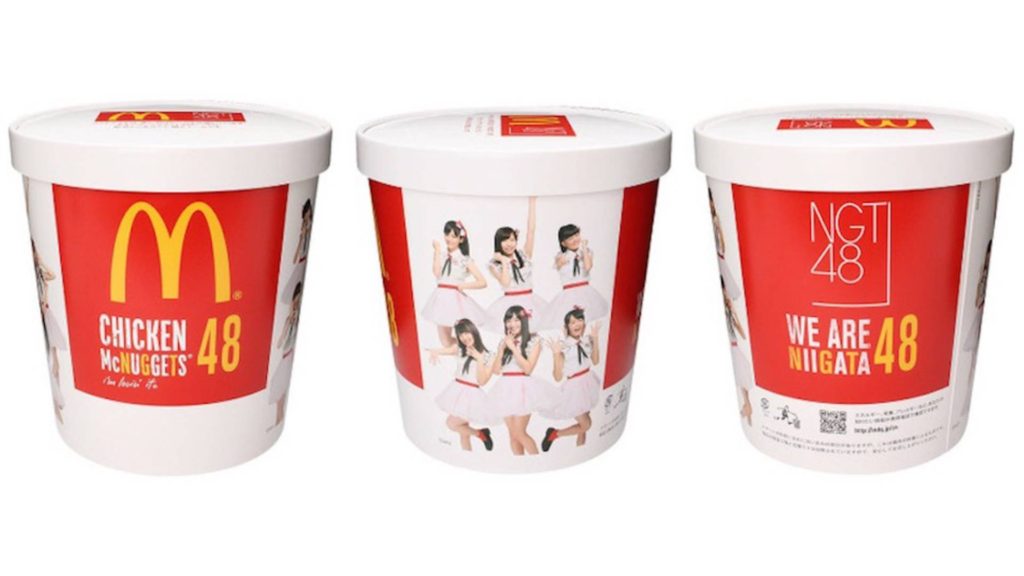 One of the best parts of the McDonald’s Japan experience is making a grand comeback later this year, with the global fast-food chain announcing the return of their NGT48 collaborative 48-piece McNugget bucket from December 1, 2018, at select locations within Japan. If you’ve ever been craving a bucket of McNuggets and the substantially smaller 15-piece box doesn’t cut it, you’re in luck — if you’re anywhere near the idol group’s home city of Niigata, that is. Set to launch at some 38 stores throughout the city of Niigata, the NGT48 bucket is about as large as they come.

This certainly isn’t the first time McDonald’s has teamed up with the Japanese idol group to bring forward the NGT48 bucket, with the first-time collaboration taking place in 2015, but that doesn’t make its return any less exciting. Much like the original running, the return of the NGT48 bucket brings with it new trading cards which can only be collected in full should you eat roughly 1,200 chicken nuggets across 25 buckets in total.

Priced at 1,800 yen per bucket, the collaboration is set to launch in the city of Niigata from December 1, 2018. Those interested in checking out further information can check out McDonald’s Japan’s official website.