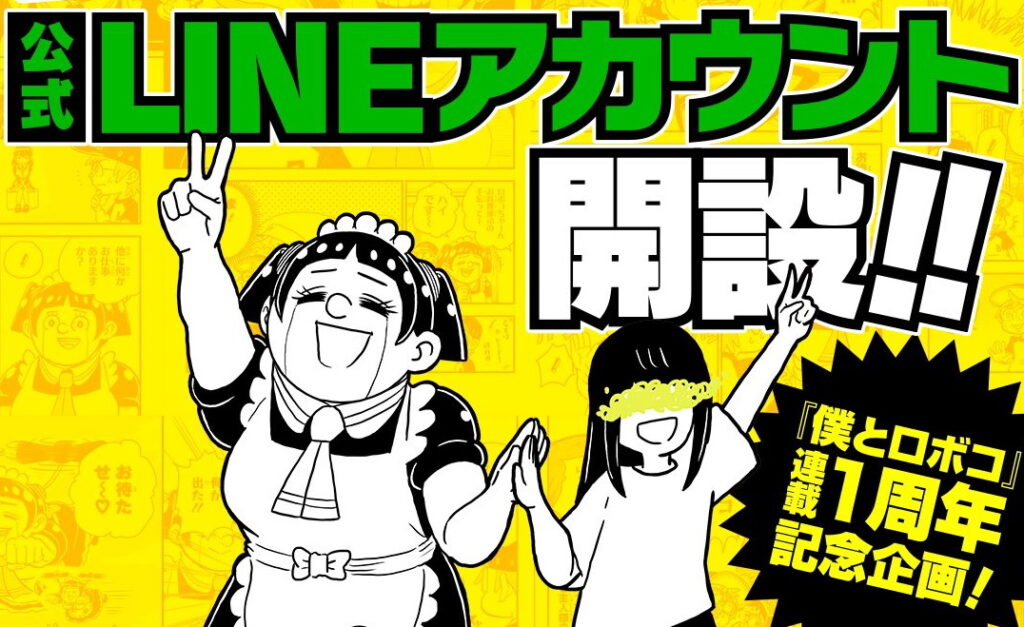 Just last week, chapter 48 of Shuhei Miyazaki’s Me & Roboco delved into the titular robot maid’s annoying texting habits. Now, you can experience those annoyances for yourself by chatting with an AI based on Roboco’s personality that has been developed by rinna to celebrate Me & Roboco’s first anniversary.

Has it really been one year since Me & Roboco first launched in the pages of Weekly Shonen Jump? To me, it honestly feels just like yesterday, but this is an excellent way to celebrate. As mentioned, one recent chapter saw Bondo and friends try to navigate Roboco’s unique way of texting to invite her to a takoyaki party, so the timing of rinna’s Roboco AI is impeccable. Could it be that this was all planned from the start? 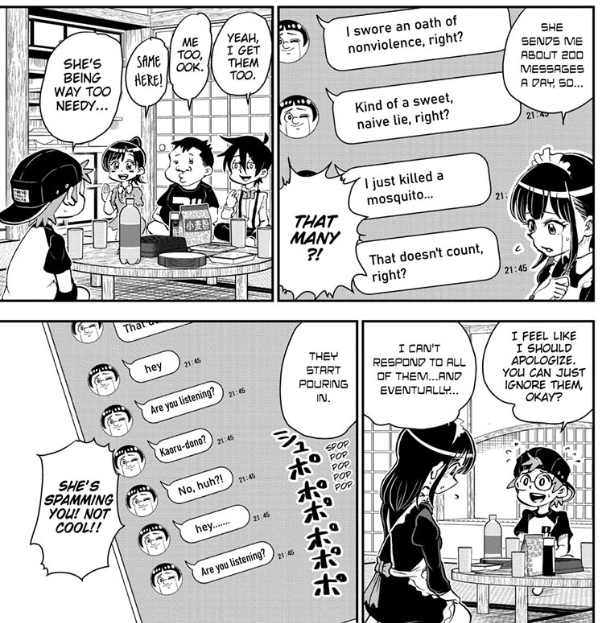 Unfortunately, rinna’s AI doesn’t capture all of Roboco’s idiosyncrasies in the sense that she can only respond to messages that you send. In chapter 48, though, many of Bondo’s friends attested to the fact that Roboco would message them constantly until they responded. That isn’t possible here, but that might be a good thing depending on your point of view!

Rinna arguably already made their mark on this year by allowing Studio Orange to use their deep learning technology to create AI-generated background art for the opening of BEASTARS season 2, but this Roboco AI goes one step further. Based on the chatbot technology that they developed in cooperation with Microsoft before going independent, it brings the technology of the future a little closer to today.

Considering that Me & Roboco is also set in a version of the near future where robotic ‘OrderMaids’ are commonplace, perhaps we’ll also have automatons doing our laundry sometime soon. Is that wishful thinking? Perhaps.

You can read Me & Roboco via VIZ Media and chat with the AI via LINE. For more details, please don’t hesitate to check out the official first anniversary website!