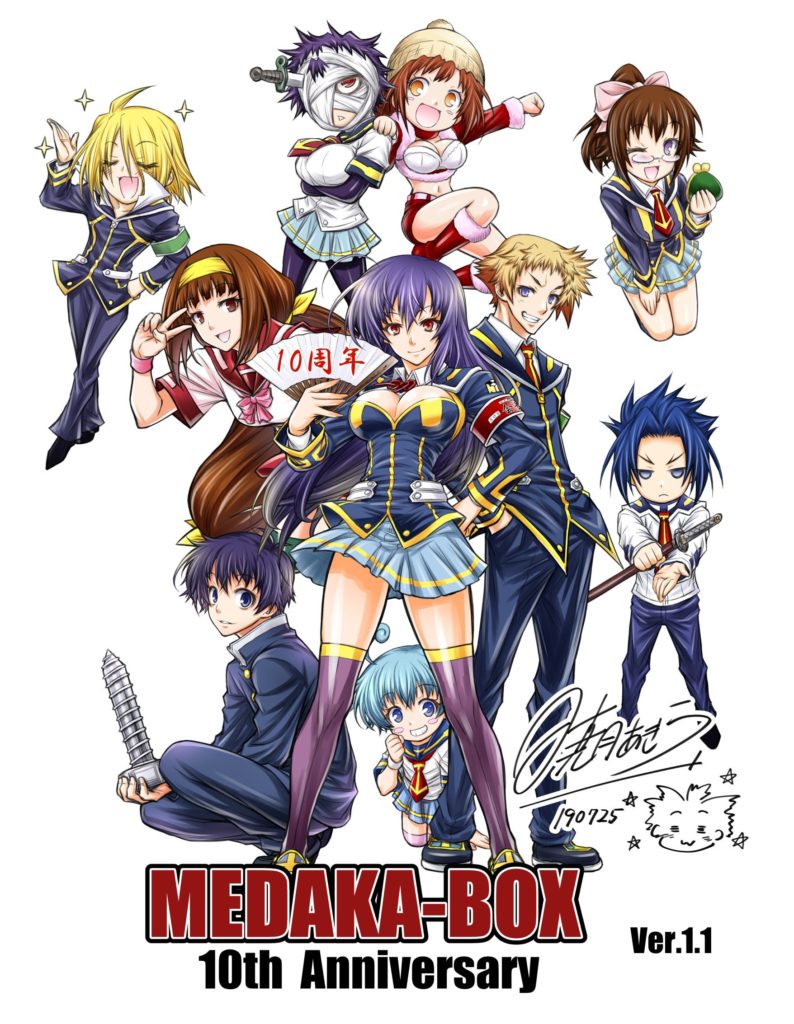 Did you know that this May marked the 10th anniversary of Nisio Isin and Akira Akatsuki’s subversive shonen masterpiece Medaka Box? I wouldn’t exactly blame you if you didn’t – there weren’t exactly any themed cafés or special projects commissioned by Shueisha for the occasion, which just goes to show how underrated the series is. But that didn’t stop Akira Akatsuki, who did the art for the series alongside author Nisio Isin, from taking matters into his own hands – as he started up an expansive and ever-evolving Medaka Box 10th anniversary illustration.

That being said, the illustration above doesn’t appear, at first glance, to be that special. It’s got all the characters you’d expect to be on there – protagonists Medaka and Zenkichi, antagonists Kumagawa and Ajimu, along with a handful of side characters – all rendered in Akatsuki trademark detailed art style.

But, as indicated in the bottom right corner, this is merely ‘version 1.1’ of the full Medaka Box 10th anniversary illustration as envisioned by Akira Akatsuki. Checking ‘version 1.0’ of the illustration, initially published on July 3, will highlight the changes between the versions as Akatsuki continues to work on it – adding in five new characters and shifting the title to the bottom. 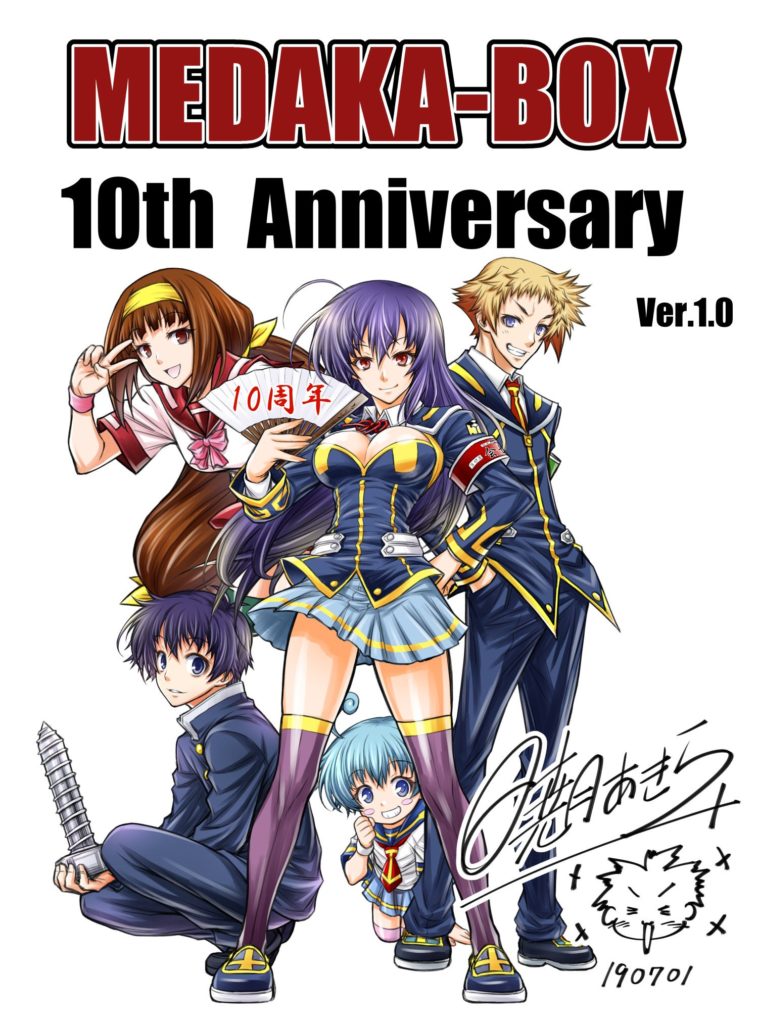 Akatsuki explained his reasoning for separating his Medaka Box 10th anniversary illustration into different ‘versions’ in his original tweet on July 3:

‘It’s quite late, but I’m finally ready to share my Medaka Box 10th anniversary illustration! …is what I’d like to say, but this is actually “version 1.0.” It looks like it’ll take a while until I’m done, so I decided to just keep sharing it as I add more characters. I’ll add them in the background as I go!’

Hearing that Akatsuki is short on time is no surprise, given that he’s currently in the middle of drawing BOXER’s BLAST on a monthly schedule for Jump SQ. Even so, you have to wonder just how big his ambitions are with this illustration to have to share it as he goes – not that fans will complain.

It’s been a while since Akatsuki last updated his illustration – on July 26, to be exact – but I’m confident that he’ll return to it sooner rather than later. Monthly serialization should be less stressful than weekly serialization, and Akatsuki’s passion for the manga has always been much more evident than Nisio Isin’s.

So while Medaka Box might not have gotten a big 10th-anniversary blowout this year like so many other Weekly Shonen Jump manga, at least Akira Akatsuki is giving us fans exactly the kind of content we need. Who knows – if the finished product generates a lot of buzz, perhaps a new studio will pick up the manga for a third anime season? We can dream, at least.