Why People Spend Hundreds on Products From Medicom Toy 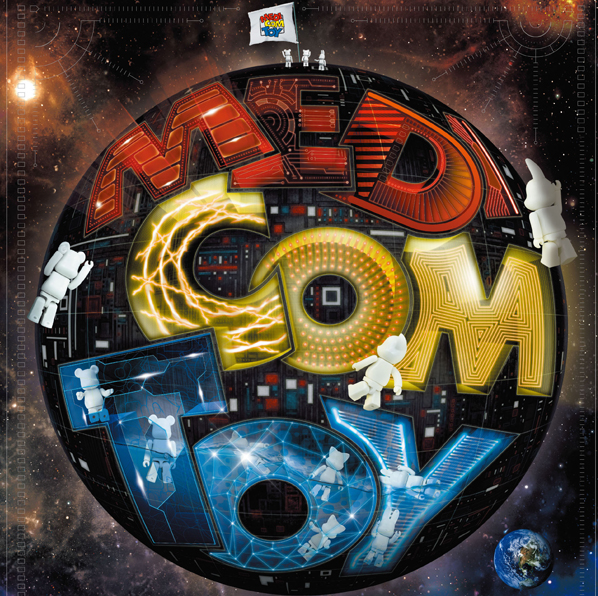 I wouldn’t blame you if you didn’t know about Medicom Toy, especially if you’re from the Western world. But chances are high you’ve seen their Kubrick and [email protected] collectible toy lines. Their Kubrick line looks similar to Legos and their [email protected] line looks the exact same, only with a teddy bear head and a rounder torso. I wouldn’t call them minimalist, but they are quite simple in design.

And yet their 280mm (around 11-inch) models can cost upwards of 10,000 yen. Their 70mm (around 2.7 inches) models smaller than 3-inches that are commonly bought through ‘blind boxes’ can be bought for a range of prices, but 1600 yen seems like a general price point. Translated to US Dollars, the prices are around $90 and $15, respectively.

For those of you that aren’t aware of Medicom Toy, this article is meant to bring you up to speed on how it and its famous collectible lines came to be. And of course, we’ll try to figure out what entices people to buy them.

How It All Began

The origins of Medicom Toy are a very sudden one. It all started when its founder, Akashi Tatsuhiko, discovered a toy shop within the Shibuya ward in Tokyo. At the time, Akashi had a decent-paying job working with computers. But, he soon discovered a need to express himself and a computer part job wasn’t the best option for that.

Akashi himself admits that he wasn’t any more interested in toys as a kid than any of his peers. He sees himself as living a pretty simple life before his desire for self-expression. Everything came to a sudden head when he walked into a now-defunct toy store called ZAAP!

Something that set the store apart from others was its stock of American toys. Akashi fell in love at first glance and understood that this line of work was how he could express himself. At first, it was a desire to create toys based on what he liked, but it would be thanks to the introduction of the Kubrick that would change everything.

Although the company had opened in 1996, it wouldn’t be until 2000 that one of their flagship products would come onto the market. The ‘Kubrick’ was a Lego-like figure that Akashi had packaged in ‘blind boxes’.

Blind boxes or mystery boxes have become a popular product for brands all around the world; the concept is that the consumer buys a box or package which has a random figure inside. The possibilities and the odds of getting a particular figure are provided, but in the end, it’s a gamble.

Even with the soaring popularity from the Kubrick line, the company would have a meteoric rise soon after when they released the [email protected] line. At a time with many offers and requests coming in, Akashi sought to make something new without the need for creating and ordering new parts.

The inspiration for the bear makeover came when he found out that the year 2000 was the 100th anniversary for the teddy bear. This casual decision would result in a collectible toy that would attract everyone.

It isn’t unreasonable to attribute some of the success with their blind box methods. The gamble of pulling out your favorite character or whatever you feel looks the coolest from the back of the box is certainly tempting. This is only further heightened by the limited running of these figures, truly making them collectibles to cherish. Add on the fact that its simple design is a canvas for whatever design they pair with it, and you have a toy that could connect with anybody. 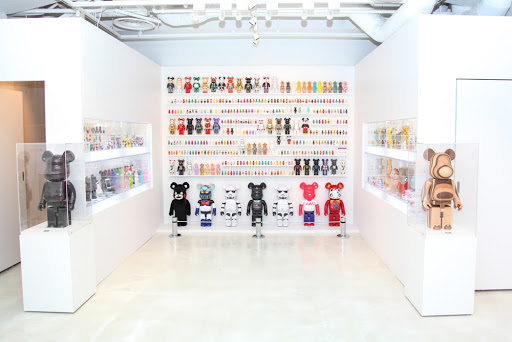 Which leads to the next factor, which is the brand’s collaborations with just about everyone. It feels surprising to find something they haven’t made into collectible form yet, although in most cases it just takes a little time.

They’ve collaborated to make toy versions of musicians, visual artists (and their styles), sports athletes, famous characters from anime and Hollywood blockbusters, to famous pop culture icons and everything in-between. There have even been collaborations between other brands such as Nike, Chanel, and BAPE to name a few.

Of course, these aren’t the only products offered by Medicom Toy. They also offer traditional figures and other blind box figures. The ‘My First [email protected]’ which features rattling balls inside of a clear [email protected] model is a popular toy aimed towards kids.

Is It For You?

If you’re not much into collectibles/limited figures, then you might not understand the appeal. The price point alone can also be a deterrent for someone just discovering these collectibles. And yet, as someone who easily finds himself in both camps, I can’t deny how nice it feels to browse the products they have, anyway.

Medicom Toy began when Akashi walked into a toy shop and found himself marveling at the various toys around him. Whether he knows it or not, he’s managed to build a company that provides the same feeling to his own customers. Even if you have a good idea of what you like and don’t like, you can’t deny that it all looks pretty nice and you appreciate everything that’s there.