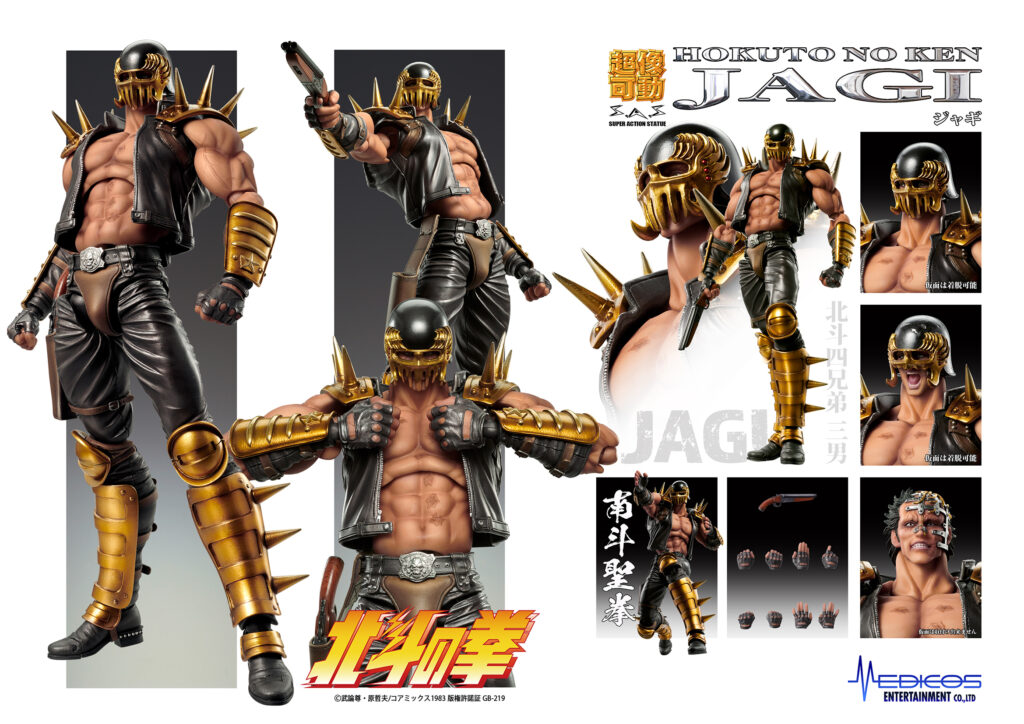 Medicos always has awesome things to share with us. Today, they announced that they’re releasing their third figure from Fist of the North Star, the third of the four Hokuto brothers, Jagi! 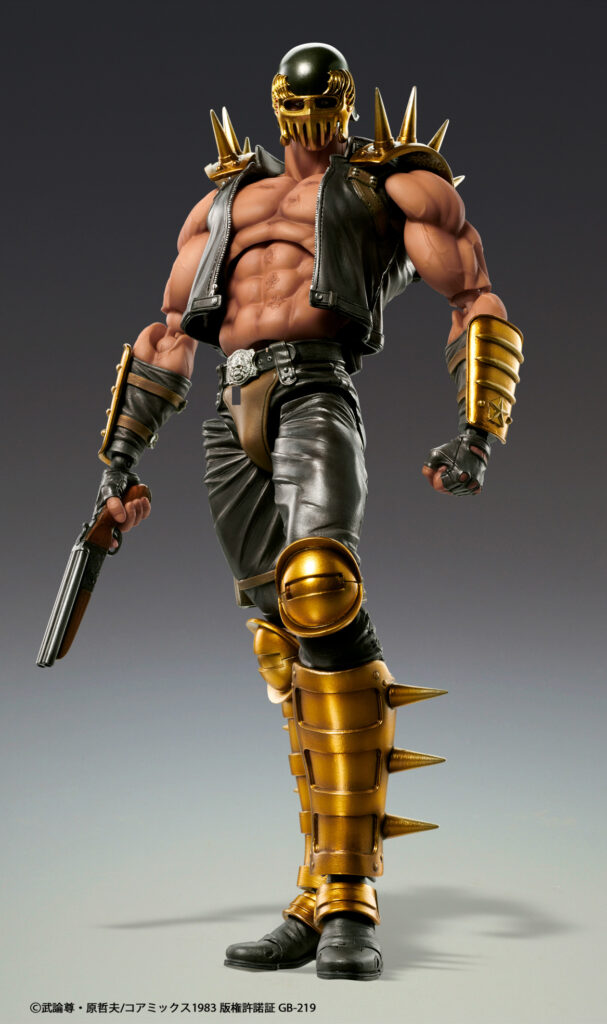 From the classic battle action manga ‘Fist of the North Star’ comes the third of the four Hokuto brothers, Jagi, finally joining the Super Figure Collection!

The ultimate in sculpted beauty, sculpted and colored by Tetsuo Hara! Even his trademark helmet and the seven scars on his chest have been precisely recreated! The head with helmet is detachable, and comes with a separate face part that faithfully reproduces the original!

He also comes with hand parts, a shotgun and many other optional parts!

The Jagi figure is currently available to pre-order through the Medicos shop and will also be available at all major hobby stores throughout Japan. The figure is scheduled to release this coming September. Pre-orders will be running until an unforeseen date, as Medicos has yet to announce an end date. 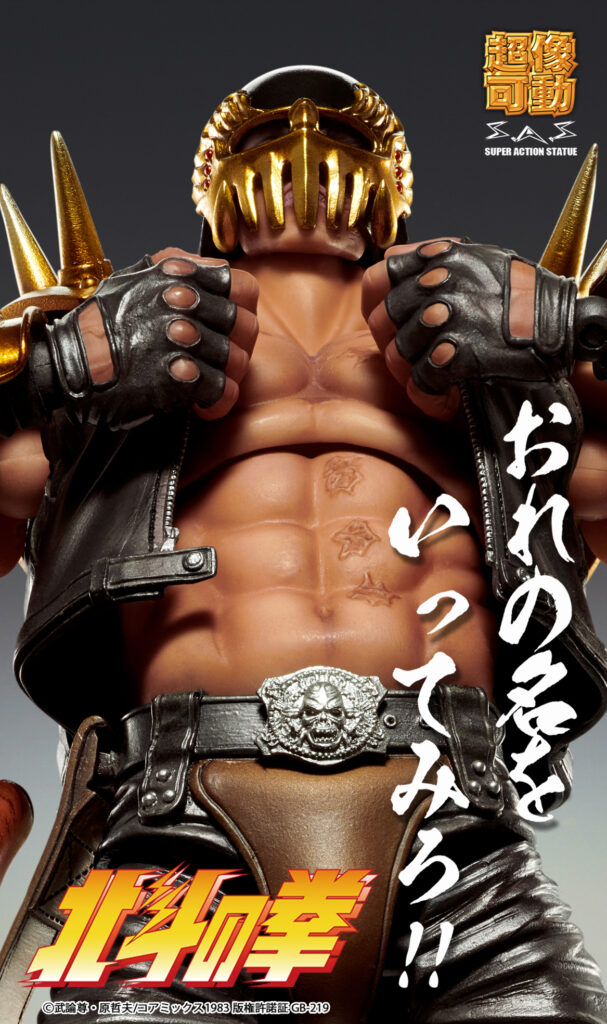 If you’re looking to get the Medicos Jagi figure, you’re going to need to pony up ¥9,460 to send over to a friend in Japan who could place an order for you, or find a proxy service that can place the order on your behalf.