Meet the Band Behind your Favorite Theme Songs: Bump of Chicken 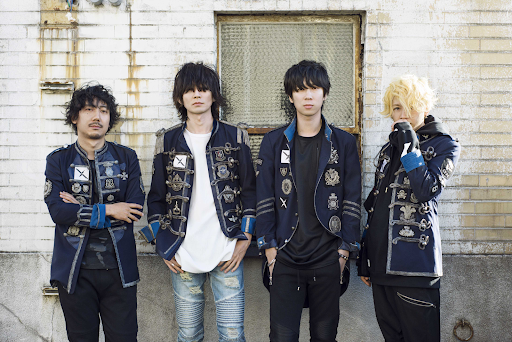 Ever find yourself getting pumped up listening to ‘Hello World,’ the opening theme song for Blood Blockade Battlfront? How about ‘Karma,’ the theme song from Tales of the Abyss? How about ‘Sailing Day’ from the One Piece the Movie: the Adventure of ‘Dead End’? The list goes on and on.

A good theme song can add so much to the experience of enjoying a good anime, movie, or game. But how often do we actually think about the bands behind these iconic songs? Often enough, even if we end up getting our hands on the soundtrack, these musicians have whole albums worth of music we’d dig just as much.

Considering Bump of Chicken has been making music since the ’90s, there’s tons about them you don’t know. So let’s check look

What Came Before ‘Hello World,’ ‘Karma,’ and the Rest

Though ‘Sailing Day’ was released in 2003, ‘Karma’ came out in 2005, and ‘Hello World’ came out in 2015; Bump of Chicken first starting making music back in 1994. The four members of the band—Motoo Fujiawara, Hiroaki Masukawa, Yoshifumi Naoi, and Hideo Masu—all went to school together since kindergarten. In 1994, the four friends were in ninth grade and performed as a band for the first time, playing a cover of The Beatles ‘Twist and Shout’ for their school cultural festival.

The name ‘Bump of Chicken’ is a rough English translation of the Japanese phrase ‘jakusha no hangeki.’ A more accurate translation would probably be the literal: ‘counterattack from the weak-man/wimp/weakling,’ or rather ‘cowards fight back.’

Given the fact that the band formed back before the days of Google Translate, one can see how in the quest for a cool band name the foursome might find their way from ‘strike’ or ‘attack’ to ‘bump’ and ‘Chicken’ is a relatively direct, if figurative translation for ‘Coward.’ Apparently it was inspired by one of their first original songs.

In the years following the band’s inception, they continued to make music, though, as is often the case, it took a couple of years for the group to gain steam. Despite their song ‘Danny’ winning an award in 1996, the band wouldn’t officially release an album until three years later, five years after their debut, in 1999.

Upon joining Toy’s Factory Inc. in 2000, they released their second single, ‘Diamond,’ following it with the single ‘Tentai Konsoku’ in 2001. ‘Tentai Konsoku’ marked the band’s first big success, landing on the Oricon Weekly Charts. Following that, all of their releases have made the top ten on the Oricon Weekly Charts. Staggering, considering that, in their 26-year long career as a band, Bump of Chicken has released nine albums(with two re-released) and 27 singles.

That means that, with the re-release of their two High Line Records albums, all their nine albums and 25 of their 27 singles have made it into the top ten of Japan’s national industry-standard charts for music popularity. 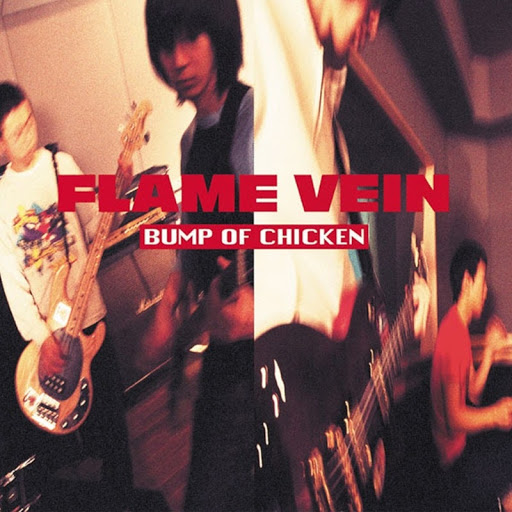 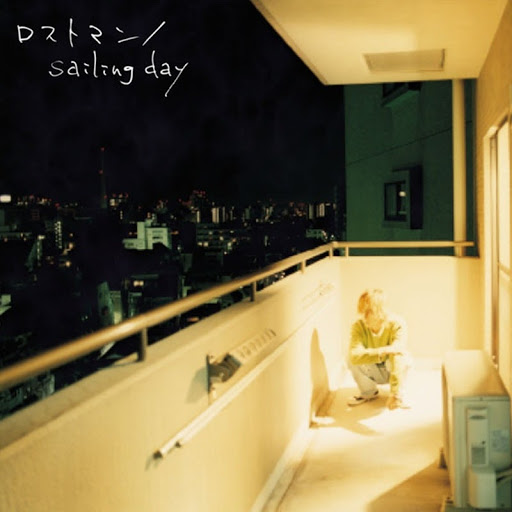 A Knack for a Catchy Theme

Blame it on the catchiness of Bump of Chicken’s music. Their ability to have a driving, exciting rhythm, combined with the earnest and personal vocal quality of lead singer Motoo Fujiwara has allowed for Bump of Chicken to create music that tells a story, even if you don’t understand the lyrics. The band has a knack for writing music that speaks to a larger story and manages to function on its own or as a part of a larger album, with equal flair. 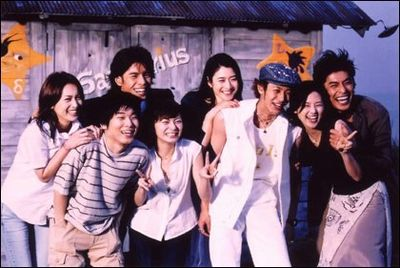 Either way, it just so happens that their first hit single, the third single they released, ‘Tentai Kansoku’ would go on to be the theme song for a live action J-drama bearing the same name.  2002’s Tentai Kansoku or ‘Searching for My Polestar’ follows seven friends who met in their college astronomy club, reuniting three years later, only to find that the ups and downs of real life have put a strain on their promises of eternal-friendship.

Next up on the theme song train was ‘Sailing Day’ in 2003. Playing over the end credits for the fourth One Piece Movie, it was originally released as a single, paired with their song ‘Lost Man.’ 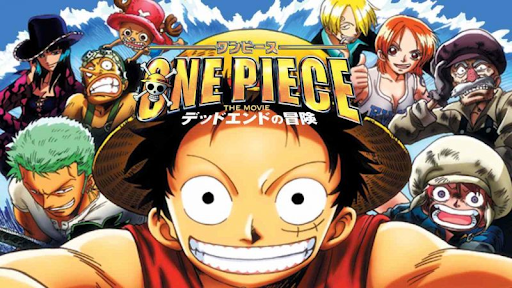 After a re-release of their first two albums from when the band was still represented by High Line Records, as well as the release of a couple of singles, came 2005’s ‘double A-Side single,’ ‘Supernova/Karma.’ ‘Karma’ ultimately became the theme song for the anime adaptation of the Tales of the Abyss video game as well as for the game itself. 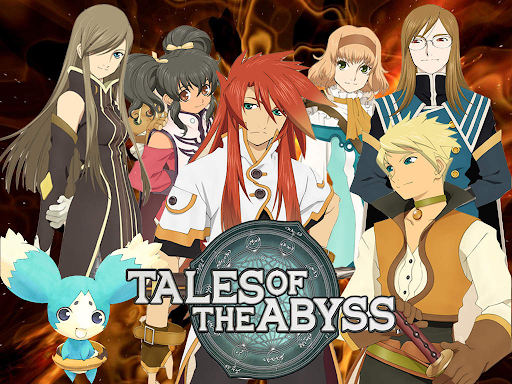 The 2011 movie Doraemon: Nobita and the New Steel Troops—Winged Angels had the band write the theme song ‘Tomodachi no Uta.’ Later on that same year, their song ‘Zero’ was used as the theme song for the video game Final Fantasy: Type-O. The following year, in 2012 the movie Always Sanchōme no Yūhi ’64, used their song ‘Good Luck’ as its theme song, as well. 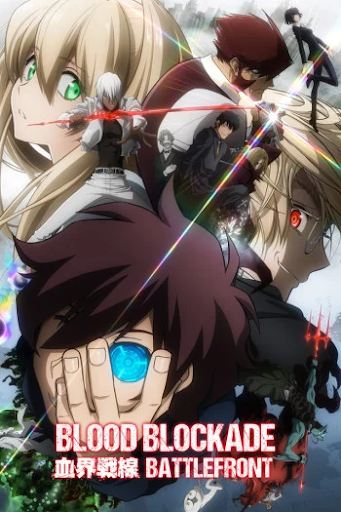 In 2015, the anime series Blood Blockade Battlefront used Bump of Chicken’s ‘Hello World’ for its theme song. The following year, the 2016 anime March Comes in Like a Lion used two of the band’s songs. ‘Answer’ served as the anime’s opening theme while ‘Fighter’ was the closing theme song.

Along with their song ‘Go’ being used in a 2017 Japanese Mobile Game, in 2018 their songs ‘Sirius’ and ‘Spica’ were the opening and closing theme songs for the anime Juushinki Pandora. That same year, the anime adaptation of Karakuri Circus used the song ‘Gekkou’ as its opening theme.

Aside from having their music associated with various games and anime, Bump of Chicken also had their tunes involved in advertisements for a number of bands.

Around the same time ‘Karma’ was launching each episode of Tales of the Abyss another of the band’s singles, ‘Namida no Furusato’ was being used in Japan to sell South Korean sweets, Lotte Airs. 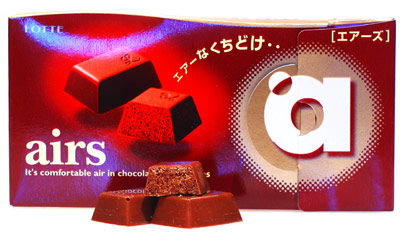 Perhaps another reason why Bump of Chicken’s music is so well suited to accompany anime, not to mention resonate with anime fans both in Japan and abroad, is that the band members are anime fans themselves.

Their 2004 single, ‘Arue’ was dedicated to Rei Ayanami, one of the most beloved characters from Neon Genesis Evangelion. With the original manga starting in 1994 and the anime airing from 1995-1996, Evangelion would have been popular right as the band was getting going.

It also turns out that all four band members were fans of the original Doraemon since their childhoods. So it was no doubt an exciting opportunity for them to create ‘Tomodachi no Uta’ for the 2011 movie.

Bump of Chicken Stands the Test of Time

With a career spanning more than two decades, the fact that Bump of Chicken has been able to find not only lasting success but international regard, is a testament to how great their music has been. While having their songs featured in commercials, arcade games, doramas, movies, video games, and anime has been a part of their musical journey since practically the beginning Bump of Chicken has managed to continue turning out the sort of music their fans have come to know and love.

The success and the consistency of their work is an undeniable achievement for four friends who first met in elementary school. Ultimately, it’s aspirational: just like the message at the heart of their band’s name, Bump of Chicken is an inspiration for any cowardly chickens out there to go forth and fight for their dreams.