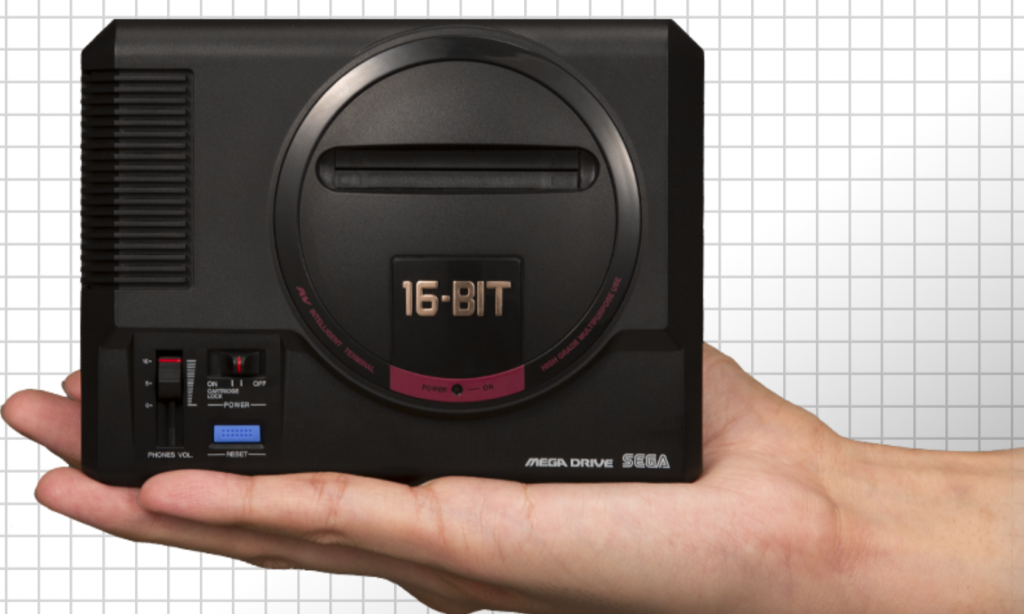 Mini consoles with a selection of games built-in aren’t going anywhere any time soon. We’ve seen strong mini console releases from Nintendo with the NES and SNES Classic and a… not-so-stellar PlayStation Classic release from Sony. They tap into a sense of nostalgia through their appearance while also packaging together and selling a selection of retro games for a reasonable price. While I think Nintendo’s efforts have been rather strong here, provided that the system can live up to the hype, SEGA are about to do what Nintendon’t with a Mega Drive Classic, a system which the company have hyped up over the last few months and recently finished unveiling the final contents for the system that included a brand-new release of Darius and an extremely rare version of Tetris!

While it had been thought that the system would only be housing a (still rather impressive) 40 games, a special live stream held to announce the final set of games included the news that the lineup had been expanded to 42 games. This list, bar a few minor variations between regions, includes impressive games like Puyo Puyo 2, Sonic the Hedgehog, classic Disney platformers, Virtua Fighter 2, Space Harrier 2 and more, a list that, on its own, would be worth the price of admission.

SEGA decided to go one step further, however, with the 2 extra titles they announced during this stream. First up was Tetris, a title that wouldn’t really be worth noting except for its especially coveted status. This game is so rare, believe it or not, that it is believed that only 10 copies still exist of this game. However, this isn’t the version set to be released on here (perhaps a good thing since it’s widely regarded as not being all that great). Instead, a brand new arcade port is being made that will result in an improved experience will be bundled with the device.

At least this game existed before now though, even if the version being included is new. Another surprise announcement for the device was the news that the classic Taito arcade title Darius would also be included in the system as a brand new Mega Drive game. The game will be ported from scratch using Mega Drive specifications, creating an authentic experience and a unique inclusion to the collection.

Finally, for the massive SEGA fans, exclusively in Japan, SEGA is going one step further to ensure authenticity for this new mini console. While it will be entirely non-functional, it will be possible to purchase an optional ‘Mega Drive Tower Mini’ adding a Mega CD scaled replica to the underneath of the Mega Drive Mini, and a 32X tower (With a non-functional Sonic cartridge on top) to the device. It makes it bulkier, sure, but it also makes it more authentic, and surely that counts for something. This will cost 3980yen if you decide to jump on it.

The Mega Drive Mini with its exclusive Darius and Tetris games will launch on September 19 in Japan for 6,980 yen for a 1-pad variant and 8,980 yen for a 2-pad variant. Meanwhile, its US release is set for the same date in only a 2-controller variant for $79.99. You can find more details on either the Japanese or American official websites for the device and for links to pre order the device for yourself. If I hadn’t already done so by now, this news, alongside the previously-known announcement that the retro emulating masters over at M2 were handling the emulation for this release, I’d be putting an order in for myself right now. If retro games are your jam, this seems like an essential addition to your collection.