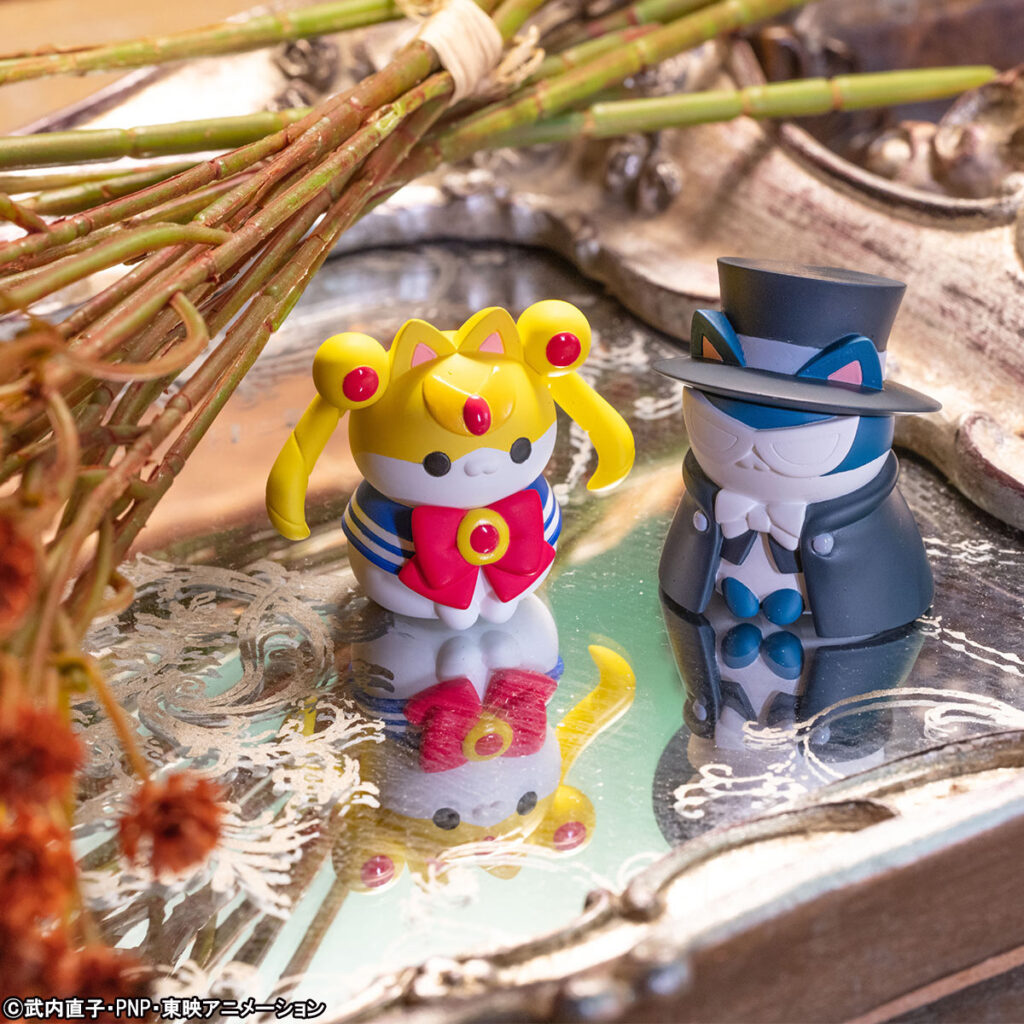 Mega House’s Mega Cat Project continues with another cat-ified classic anime series. This time it’s Sailor Moon, her friends, and one of her more memorable enemies. 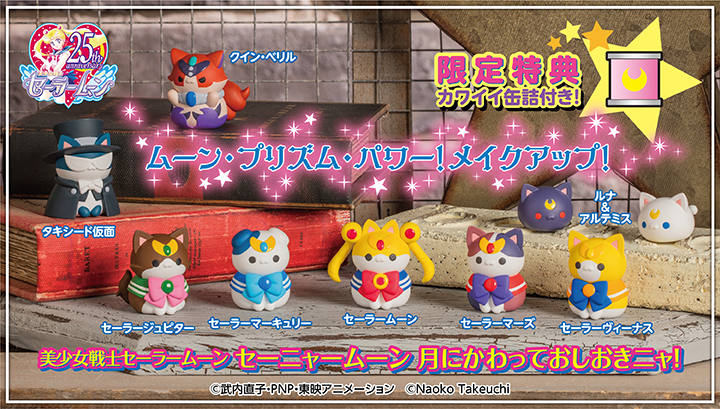 Last year, the knucklehead ninja Naruto was turned into an adorable, soft vinyl Nyaruto toy. This year, they created Sai-nya Moon. (It’s a more difficult pun to try to translate, but you get the idea.)

There are nine of them, starting with ‘odango head’ herself. I think her dangling blonde pigtails are the most distinctive hair of any of these cats so far. 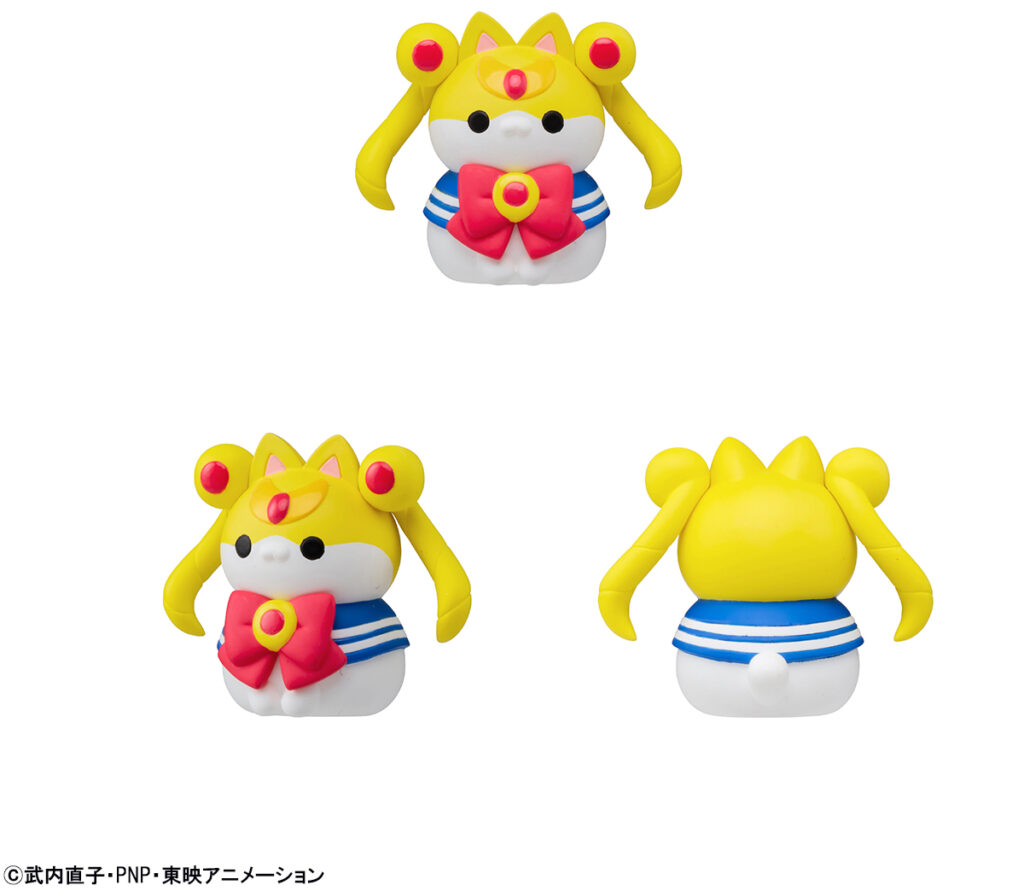 Of course, you have to have Sailor Mercury, Mars, Venus, and Jupiter as cute toy kitties. (Oddly enough, Sailor Mercury appears to have folded-down ears.) 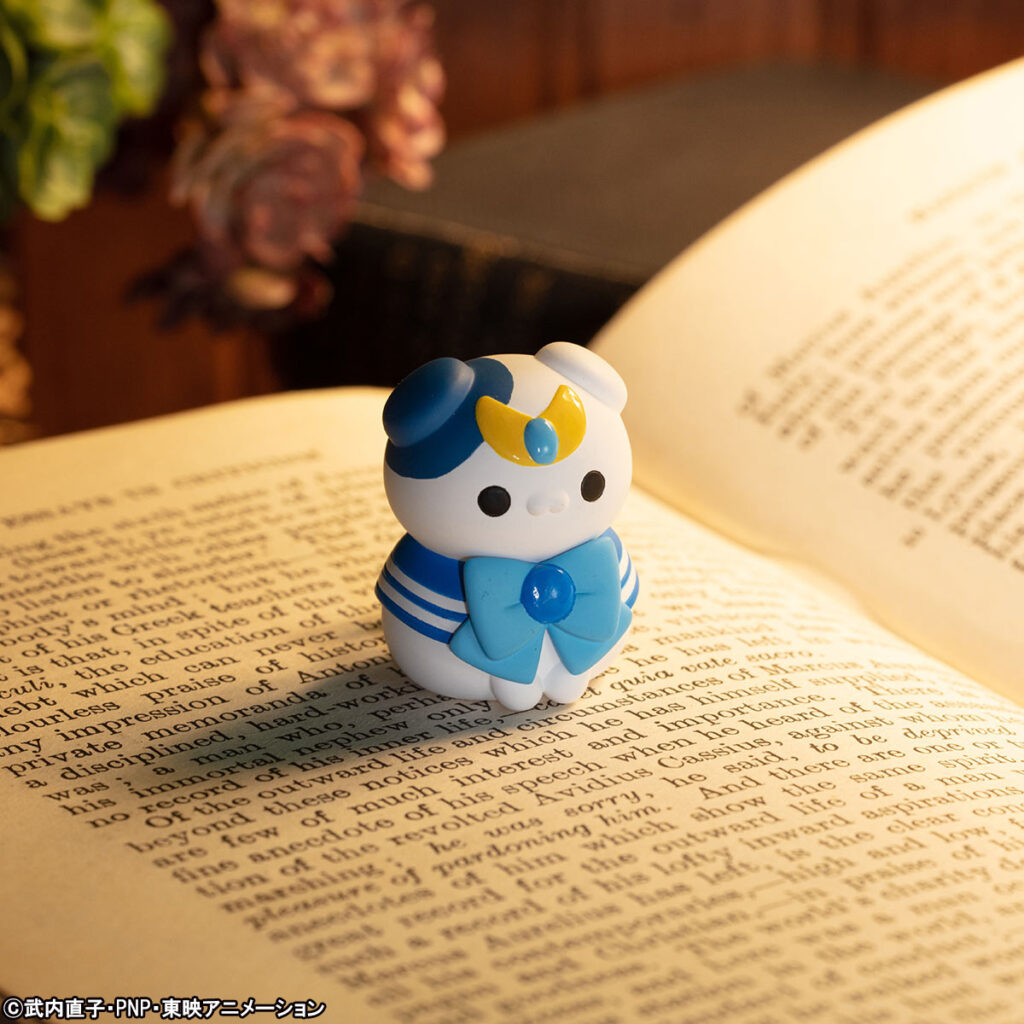 Next up is Tuxedo Mask cat, waiting to arrive at the last possible minute. Antagonist Queen Beryl has been cat-ified. Finally, Luna and Artemis… wait, they already are cats. Well, their Mega Cat Project doppelgangers are more rotund than usual, and vaguely resemble Slime-kun from that other anime series. They are also sold together. 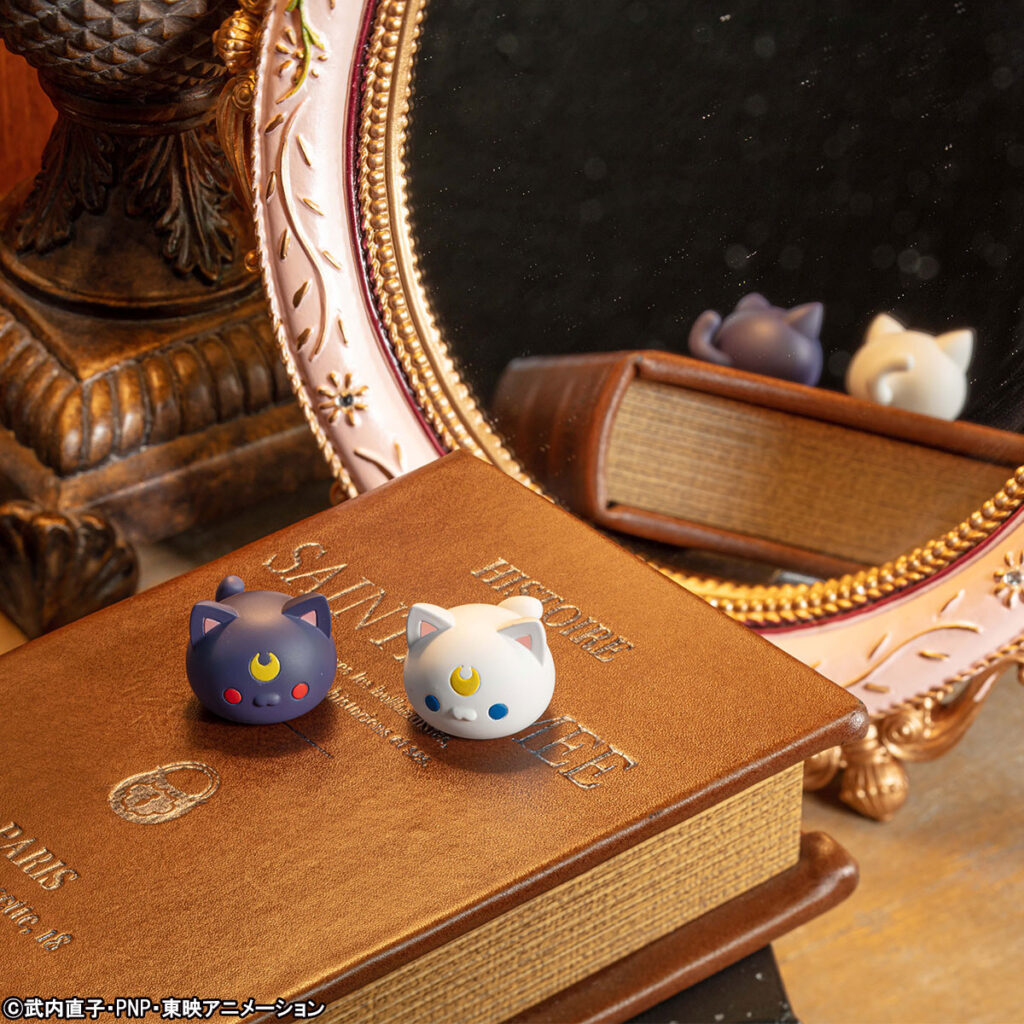 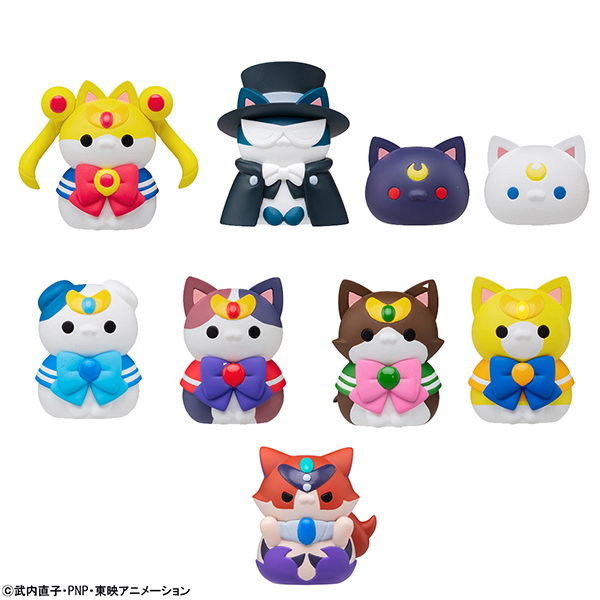 If you pre-order the whole limited set, it will cost 5720 yen, and the MegaTreaShop/ Premium Bandai set comes with a ‘Kawaii Canned Mascot.’ The website doesn’t go into detail about that part. The individual ones have a suggested retail price of 715 yen. The individual ones don’t go on sale until September. 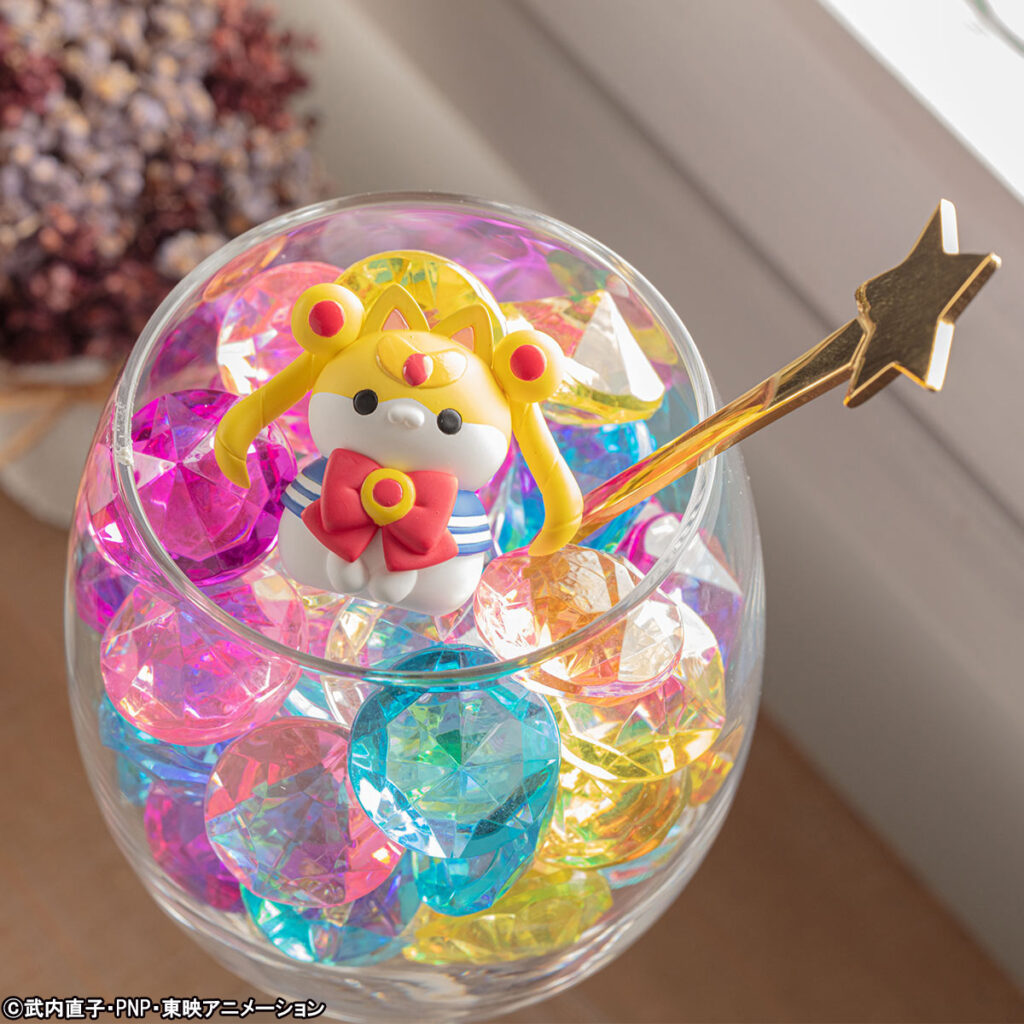 According to the website, One Piece will be the next anime series to be cat-ified. The Mega Cat Project website is here; more information is here.