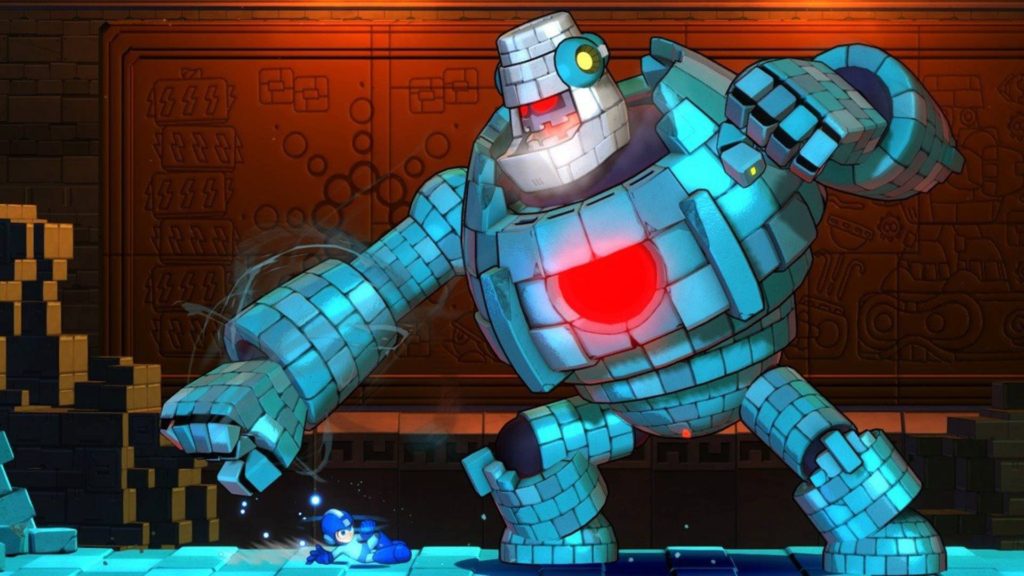 In celebration of Capcom’s genre-defining Mega Man franchises 30th anniversary, the Japanese game developer announced last year that the series would be receiving an all-new numbered entry into the series: Mega Man 11. Well, today we got yet another look at the upcoming title, as well as the long-awaited October 2, 2018, release date across Nintendo Switch, PC, PlayStation 4 and Xbox One. Let’s take a look at the new pre-order trailer below:

The eleventh entry into the iconic Mega Man series leaves our favorite blue bomber tussling with a number of Dr. Wily’s new Robot Masters as Mega Man collects new powers to work his way through the 2D platformer. While a number of cast members from the game have already been revealed, it appears likely that we’ll be seeing a number of other new friends and enemies during E3 presentations this year, so those looking forward to the game should definitely keep a close eye on that. The game is described by Capcom below:

The newest entry in this iconic series blends classic, challenging 2D platforming action with a fresh look. The stunning new visual style refreshes the series’ iconic colorfulness, combining hand-drawn environments with detailed, 3D characters. To save the day, the Blue Bomber must battle Robot Masters and take their powerful weapons for himself, which now changes the hero’s appearance with new levels of detail. The innovative new Double Gear system lets you boost Mega Man’s speed and power for a new twist on the satisfying gameplay the series is known for. A variety of difficulty modes makes this the perfect opportunity to experience Mega Man for the first time! Mega Man 11 also features a variety of extra modes including time trials, missions, global leaderboards, a gallery of concept art, and more!

Those interested in picking up a pre-order for the game, or those who simply want to find more info can head on over to Mega Man 11’s official website.