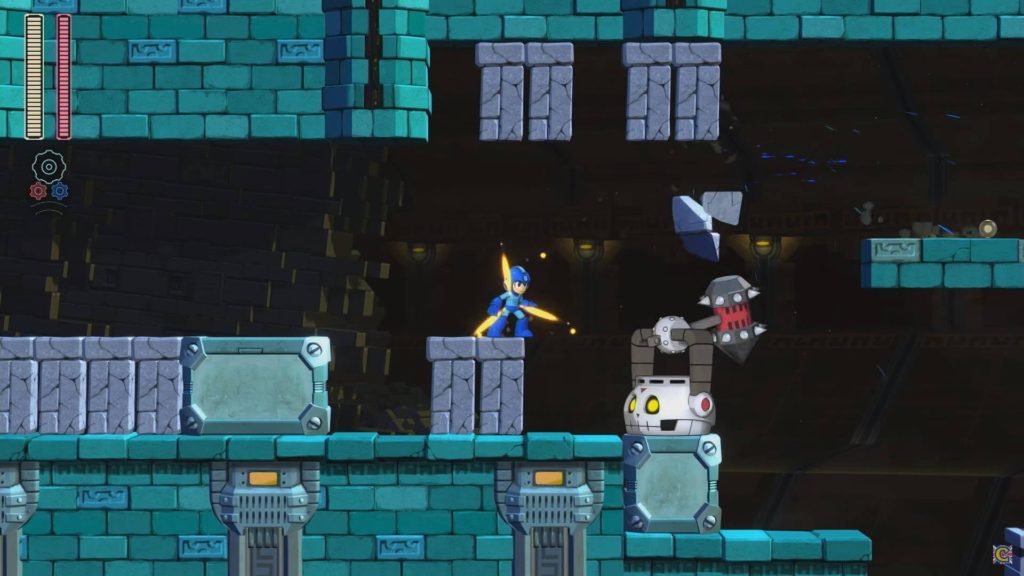 In a Blue Bombshell of an announcement, Capcom has announced that they are continuing Mega Man’s legacy, and that they are doing so in an exciting new 2.5D style.

The announcement of Mega Man 11 was part of a livestream for the series’ 30th anniversary. The new game will feature character designs by veteran character designer Yuji Ishihara. The game will be launching for the Nintendo Switch, PlayStation 4, Xbox One and PC at the end of 2018. Check out the trailer below.

It seems that we can now finally forget about Mighty Number 9, as the true Blue Bomber is back to claim his rightful throne — even if that is a strange thing to say considering that series creator Keiji Inafune worked on Mighty Number 9 and presumably not on this title.

More information is slated to be revealed next Summer, but the trailer does certainly put some big gameplay tidbits on display, including the all-important powers. That block raining power? Just beautiful!