There are many games I can tie to my childhood, most of them are coupled with fond memories. None of those games have better memories associated with them than my experiences with the Mega Man X series of games. Initially released on the Super Nintendo Entertainment System, the series has transcended generations of gamers and was one of the top titles in the Mega Man franchise. Today KOTOBUKIYA announced that they are starting pre-orders for the next figure in their Mega Man X line: the Mega Man X Force Armor Rising Fire. 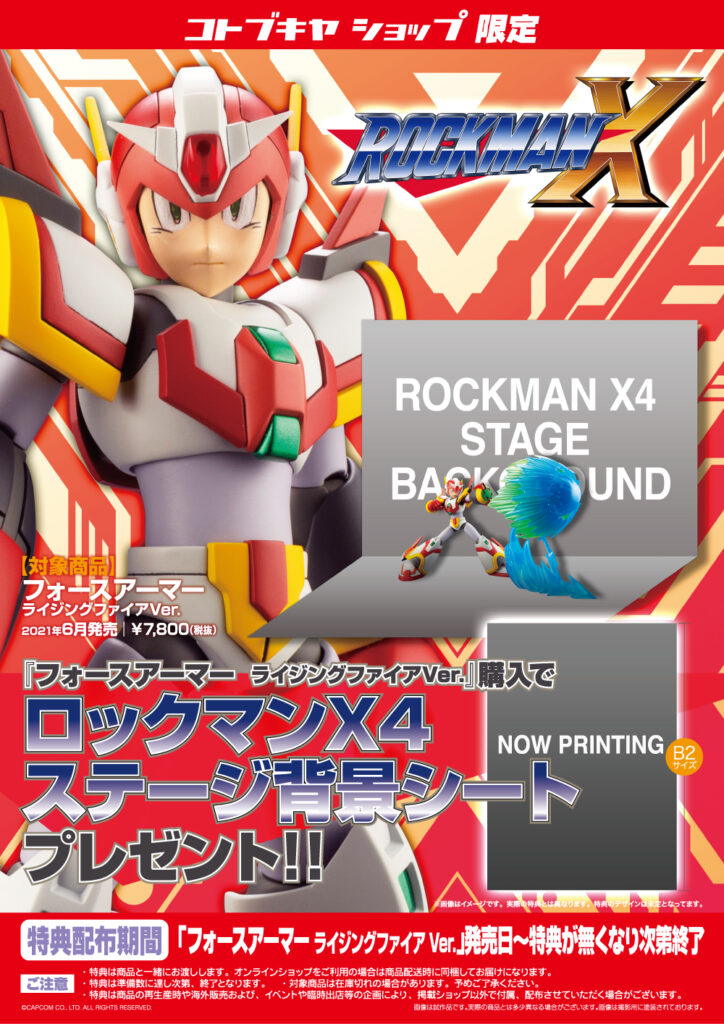 Taking a look at the figure, you can see that the detailing of the figure is top-notch, which is to be expected of KOTOBUKIYA. The figure comes with a wide variety of accessories that can be combined to have X in different poses, doing different variants of attacks. The figure is a 1/12 scale plastic model of the Force Armor that appears in Mega Man X4, with a red coloring based on the image of Rising Fire. It comes with the largest Plasma Charge Shot Effect Part in the series’ history, as well as a new smiling expression part that has a different look than the one that comes with the Mega Man X Force Armor, scheduled for release this January.

The Mega Man X Force Armor Rising Fire figure is now available for pre-order though KOTOBUKIYA and Amazon Japan for ¥7,800 and will ship this summer in June. If you happened to nab one of the original Force Armor figures, you will be happy to know that a number of the parts are interchangeable with the new Rising Fire figure and can be combined to offer the best Mega Man X figure that you could add to your collection.