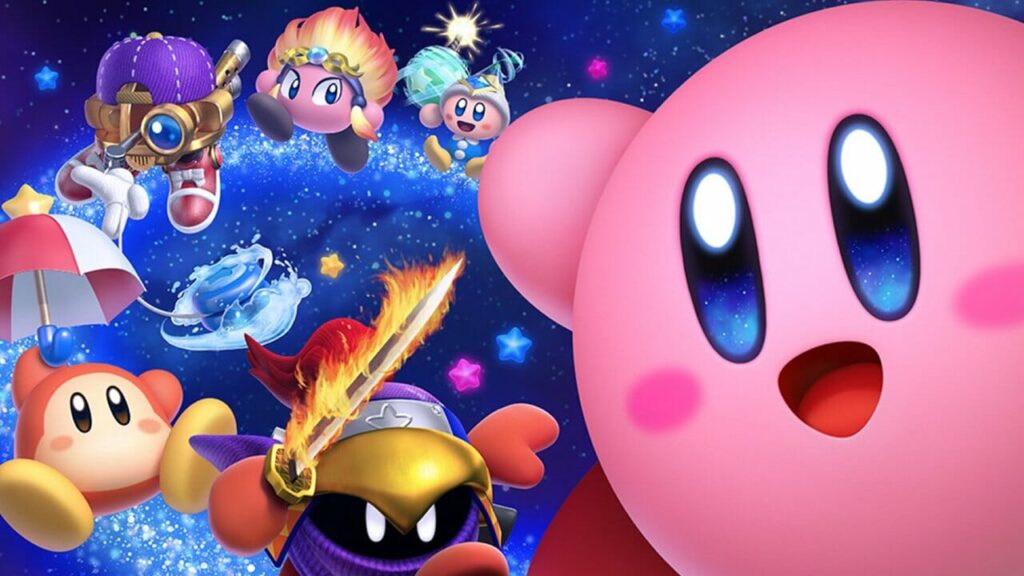 If there is one thing that people might have figured out about me, aside from the fact that I absolutely love my rhythm games, is that I am a huge Kirby fan. I can’t get enough of the fluffy pink guy and his endless appetite to consume everything around him. So you could imagine how elated I was today when I saw MegaHouse announcing a diorama figure of Kirby participating in a gourmet race. I almost broke out my wallet right then and there to pre-order the statue.

The diorama is based on the theme of the world of the ‘Gourmet Race’ in the Super Nintendo game Kirby Super Deluxe. Kirby, De De De, Waddle Dee, and Chef Kawasaki have been recreated with comical and cute expressions, and they feature items such as soft-serve ice cream, dumplings, and Kirby’s Maxim tomatoes. There really isn’t anything more that you could ask for if you’re a Kirby fan. The diorama is no small object either, coming in at a massive 7 inches tall (180 mm). Definitely something that would look good on anyone’s game collectible shelf or display case.

The diorama starts its pre-order phase at 1 p.m. Japan time on 8 January 2021 and will ship to buyers at the beginning of July. That means that I officially have less than twenty-four hours to decide if I want to drop the ¥12,100 (approx. $115 USD) on the diorama. Even if I don’t really have anywhere to put it, I kind of want to get it just for the nostalgia factor alone, I’m not going to lie.

The only downside is that if you’re looking to get your hands on the Kirby diorama, you’re going to have to order through a third-party service such as Amiami. Hopefully, they’ll be shipping to your destination in a meaningful timeframe.