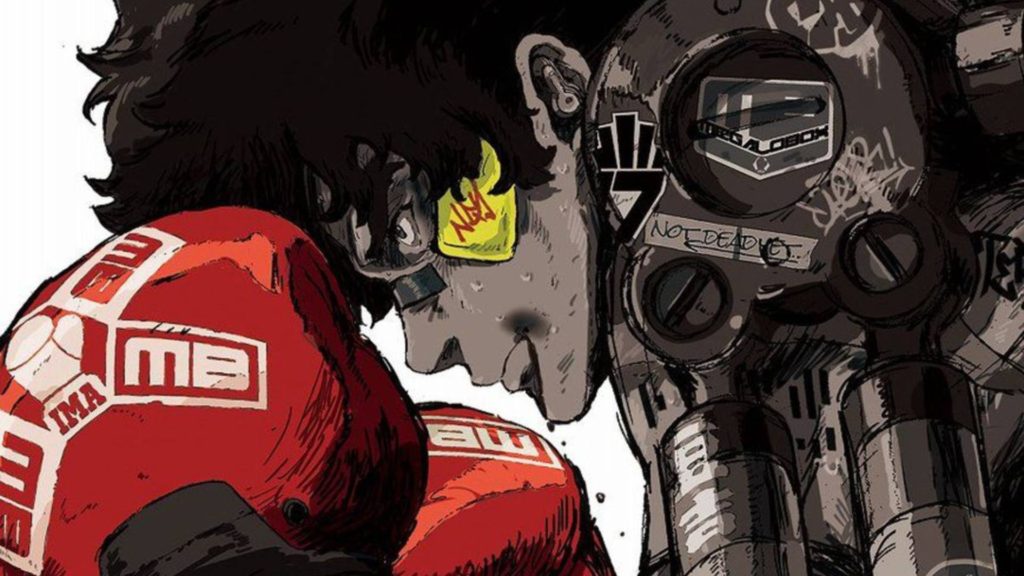 When Megalo Box was initially announced, I couldn’t possibly be more excited. Sure, the animated series looked incredibly cool with its gritty animation and kickass soundtrack, but most importantly I was happy to see one of my favorite series of all time get a revival after 50 years. I’m talking, of course, about Ashita no Joe, a series that has held a place in the hearts of many since it first entered the ring in 1968.

The reasons I love Ashita no Joe are numerous, but the main reason has to be lead character and series namesake Yabuki Joe himself. Far from being a perfect paragon of justice like so many of his shonen protagonist peers, Joe was flawed – always striving to become something better, always striving for tomorrow. This was a theme that really struck a chord with me, something that still resonates strongly even to this day..

Going into Megalo Box, perhaps I was held back by my love for Ashita no Joe. In my eyes, anything that took the name of such a masterpiece and proudly displayed it by marketing itself as an Ashita no Joe 50th anniversary project needed to do that name justice by being as good as the work it hoped to honor. What I didn’t expect, however, was that Megalo Box would hold a charm of its own in some very different ways, swinging above its weight and landing some really solid hits along the way.

Perhaps most importantly, Megalo Box is not the story of Yabuki Joe in the cybernetic future. It paves an original path of its own with a protagonist unmistakable to the series. Junk Dog is not flawed like Joe – sure, he gets angry and acts foolishly at times – but his personality is hardly constructed to be as affrontish as Joe’s. He’s the typical shonen protagonist that we know and love, and never is this archetype challenged as a character flaw like in Joe’s case.

Simply put, Junk Dog is not nearly as interesting as Joe, but that doesn’t really matter; the focus of Megalo Box is not on its own protagonist. In fact, the focus of the story really seems to be the character of Yuri, and how his relationship with Junk Dog changes, transforming from a caged animal into a stray dog. Within this relationship is the main “point” of Megalo Box, that you should live for your own desires and stay true to yourself above all else. And while this point does signify some of Joe’s original exploration of the proletarian spirit, as the class difference between Junk Dog and Yuri clearly affects their differing outlooks, it’s all merely subtext and not an overt message.

The fact that the series focuses more on Yuri than anyone else is a testament to the project’s origins as a Rikishi Toru origin story, as Yuri’s own story does closely resemble Rikishi’s – from having to endure intense pain to fight his opponent, to his subservient status to his proprietor. But the series isn’t content to simply follow Rikishi’s template, taking decisions of its own and diverting from it as a result – namely allowing the two rivals to enjoy a friendship after their match as equals.

Was I wrong to expect that Megalo Box would be more like Ashita no Joe? Perhaps. But ultimately, the 50th-anniversary series has it’s own identity – despite having clear roots in the original masterpiece. The best part is, it only took me thirteen weeks to realize that that might not be such a bad thing, after all. If you’re yet to watch it yourself, Megalo Box is now available for streaming on Crunchyroll.