Megazone 23 Is A Delightful Slice Of 80s Charms 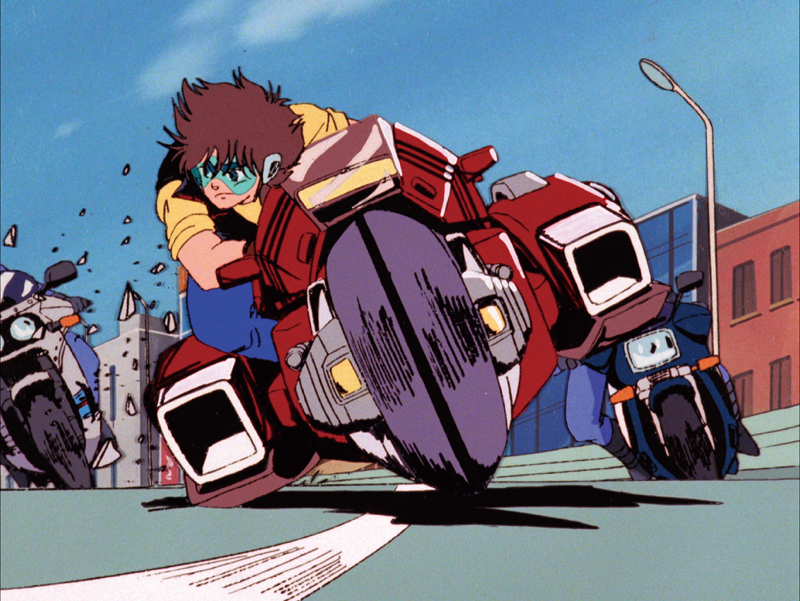 Imagine if you could time machine yourself into the anime conventions of years past, back in the late 80s and the 90s when just a thousand people would be considered a huge con. Chances are you’d come face to face with Megazone 23 in a dimly lit hotel room turned into a makeshift projector more than once.

With its slick action, tons of charming outfits, and gratuitous amounts of retro-futuristic pizazz this old school series is emblematic of what made the best of 80s anime so dang cool. Most OG fans probably originally encountered part 1 of Megazone 23 spliced up with Super Dimension Cavalry Southern Cross under the name ‘Robotech The Movie’.

Eventually, they would find out, to their delight, there was a whole lot more where that came from.

A Complete Guide To Every Megazone 23 Anime

The original Megazone 23 was a successful enough venture amongst the 80s Otaku to garner a couple of sequels. While they are all conveniently named by their numbered part, making it easy to know where to start, we still want to cover each part of the puzzle.

They really are all must watch ventures, especially if you’re on the younger side and haven’t had the chance to watch much of the 80s variety. They really don’t make anime like this anymore, though with a surprising amount of new Megazone 23 in production now they just might start making the good stuff again.

Here’s where this stylistic sci-fi classic started! Originally brought over The United States spliced into the growing Robotech canon, Megazone 23 Part 1 now has many fans all it’s own since coming out in 1985. Taking place on a dystopian space colony 500 years after humans departed from an uninhabitable Earth, Part 1 brings the cool and the substance.

You have a neat sci-fi bike making a splash wherever spunky protagonist Shogo Yahagi rides it, a benevolent AI rebelling against the oppressive government and a whole lot of other characters who actually come across as adults. The original film has a lot to say but it makes sure to look good doing it

Megazone 23 Part 2 is a direct sequel, or rather the true continuation, of the first part. Coming out just a year after the first in 1986, fans generally view Part 1 and Part 2 of Megazone 23 as a pair. It continues the story of Shogo Yahagi who’s being hunted by his local government as the previously mentioned good guy AI EVE helps him out.

Of course, a space war looms in the background of this entire tale so viewers learn more about what’s happening on the outside throughout Part 2. This particular entry was directed by Ichiro Itano, who has a very particular nuance for depicting violence, giving Part 2 an additional action edge.

Megazone 23 Part 3 came out a full three years after Part 2 and opposed to being one film, it’s the only entry in the trilogy to actually be a two-episode OVA. It’s a far-future sequel that revolves around an entirely new cast of characters.

Long time fans of the series generally don’t look back as fondly on Part 3 as they do the first two parts but if you ask us we think it’s still pretty good. It’s basically more of the same, with the neat outfits, the cool animation, and that appealing retro-futurism we just don’t see anymore! Part 3 featured the still active, and currently working on the new Netflix Ghost In The Shell Series, Shinji Aramaki as director for the second time in his career.

The Upcoming Megazone 23 Sin and Megazone XI, much to the surprise of everyone old enough to remember Megazone 23, rumors started swirling about in 2017 about a new Megazone 23 title.

Fans were met with further shock when over 2018 and 2019, details came out that there would not be just one but two separate Megazone 23 projects coming out sometime in the future. Megazone 23 Sin will remake parts 1 and 2 and a sequel called Megazone XI was also revealed to be in development.

Details have slowly leaked and have been softly announced over the last few years, but we don’t really know when either new project will come up.  Megazone 23 Sin had a successful crowdfunding campaign in 2019 so we can assume that it will come out sooner rather than later.