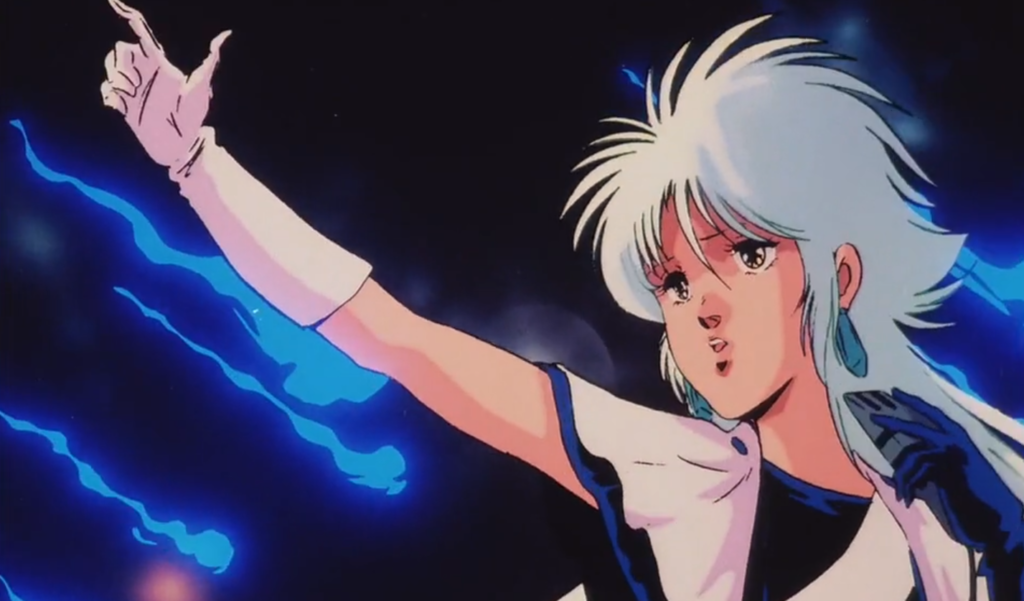 When I woke up the other day and saw that AnimEigo, who had been teasing this previously, officially launched their Megazone 23 Kickstarter, I was over the moon. Still half-awake in bed, I backed the project as quickly as possible in my groggy state. My DVDs for Megazone 23 part one and two were scratched and I remember when last trying to rewatch part 2, it skipped quite a bit. Even if those old discs were in pristine condition though, I probably would’ve backed this release because I personally was never able to get my hands on part 3 and the simple fact that Megazone 23 is one of the most delightfully 80s anime of them all, and a remastered Blu-ray release would make it better than ever.

AnimEigo, an American anime licensing company that’s been around a long time, in recent years has Kickstarted a few high-profile Blu-ray remasters. Megazone 23 is joining other cult classics like Bubblegum Crisis and Gainax’s Otaku no Video in getting extremely necessary rereleases. Discotek has taken up this mantle too recently, by bringing back Kimagure Orange Road and City Hunter among others, although they don’t crowdfund their releases. All these releases tend to be relatively limited and if you don’t get in on the Kickstarter, you might not be able to get your hands on it later.

The asking price for the three-film Blu-ray set of Megazone 23 is $60 plus $7 shipping within the United States. Maybe a little steep for 4 hours of anime, but considering this long out of print title hasn’t been available for so long and they are creating some new materials and extras, I think it’s worth it. Originally released in the States as part of Robotech, Megazone 23 has had its fans for a long time. The Kickstarter reached its 100,000 dollar goal in under 24 hours which goes to show people really are excited about this one.

AnimEigo is expected to release Megazone 23 on Blu-ray this time next year. Check out the Kickstarter for full details.

Megazone 23 Is A Delightful Slice Of 80s Charms