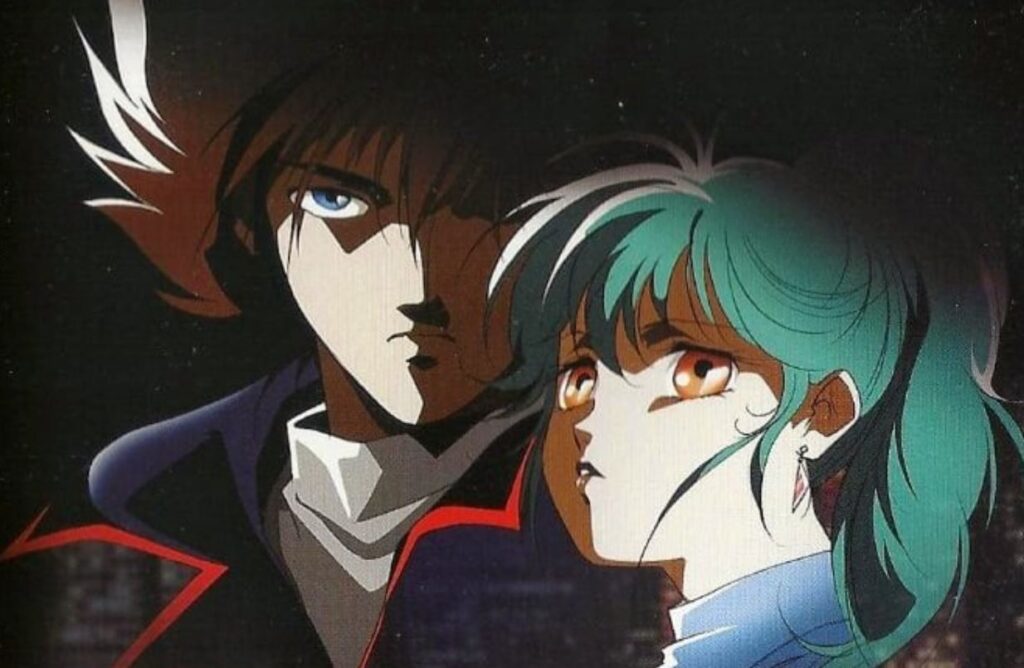 An Akira motorcycle that transforms into a not-quite giant robot, dance segments set to 80s dance floor bangers filled with leotard-clad beauties, and an unraveling government conspiracy featuring an AI celebrity. Folks, Megazone 23 burst back onto the scene with a pristine remaster making those pastel colors pop.

The Megazone 23 Blu-ray that several of us OTAQUEST staffers backed on Kickstarter when the crowdfunding campaign launched in 2019 finally arrived in our hands after some understandable COVID-19 based delays. This remastering effort wouldn’t have existed without the international fandom, at least partially driven by Robotech and ADV Films nostalgics alike. The entire set is a whole trilogy of delightful 80s Sci-Fi cheese, a treasure chest worth the asking price, but Megazone 23 Part 1 remains the crowning jewel of the series.

While Robotech fans know him as Mark Landry, Megazone 23 Part 1 stars the properly named Shogo Yahagi, a guy who loves being a cool teen with a bevy of equally cool girls at his disposal. Worth noting, he part times at an actual ‘McDonalds’, and not at a typical anime equivalent like ‘WacDonalds’ or ‘McBonalds’. The Goku-haired visor-sporting son of a gun gets his hands on the previously mentioned flashy bike which entangles him in the also previously mentioned conspiracy featuring EVE, an Artificial Intelligence Idol sorts who gets co-opted into doing propaganda.

For those familiar with Super Dimensional Fortress Macross, you can see why Megazone got chosen to be re-adapted into a Robotech movie.

Admittedly, you have a story that Macross, among others, has touched on before, but no one would tell you that the plot is what makes Megazone 23 a cult classic. Instead, it’s a self-aware love letter to 1980s sounds and aesthetics that was actually made at the time.

Fully wanting to revel in bubble-era joy forever, the movie hams up its colorful, lavish presentation from start to finish. Those synth-pop montages are Megazone 23 Part 1’s indulgent whipped cream topping, but all of its detailed mechanical-animation and kinetic action set-pieces swoon the eyes no matter how many times you watch them.

The techno-mystery found within this Japanese 80s utopia is rather intriguing too, with it having potentially inspired more famous iterations of the same twist outside the world of anime, but we’d be spoiling some good plots by naming any of them.

You could be critical of Megazone 23 Part 1, saying it lacks the sophistication of Akira or the character depth inherent to Super Dimensional Fortress Macross, and you wouldn’t be wrong. To this especially nerd-brained thinking we loudly retort, who flippin’ cares?

The film’s a portal into a bygone era well deserving of your 90 minutes. Come for the presentation, but stay for all of its subtle charms and attention to detail. Fans would not have gone nuts for this Kickstarter campaign of a 35-year-old anime if it didn’t hold its own weight, and with this painstakingly cleaned-up re-release courtesy of AnimEigo, it’s put on more weight than ever before.