Why You Should Watch Melody of Oblivion: War After the Battle Is Lost – OTAQUEST Selects #34 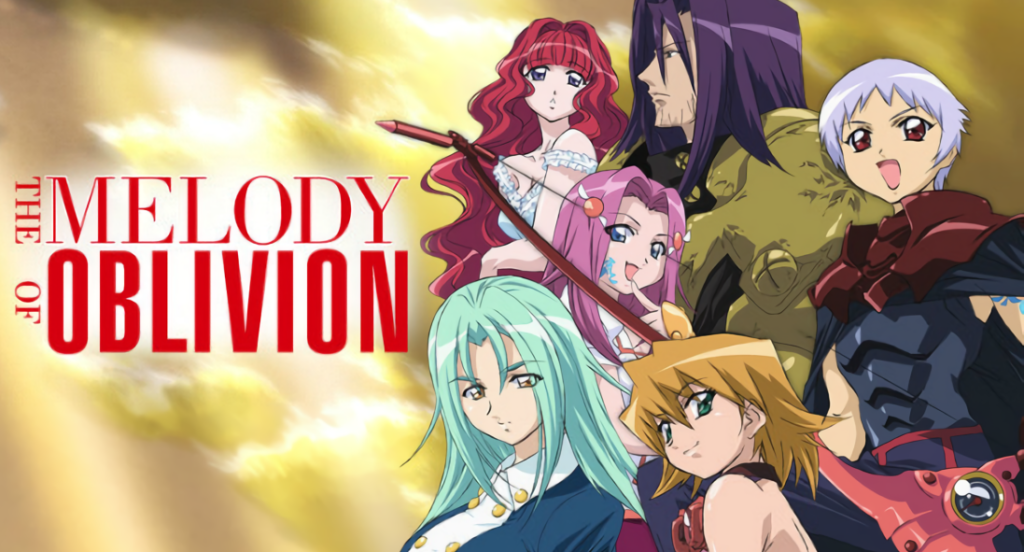 Every episode of Melody of Oblivion opens with a somewhat bleak introduction to the anime’s setting:

‘During the 20th century, there was a large-scale war. It was a major battle between the monsters and humans. After bloodshed so violent that no words could ever explain, it was the monsters who had won. Time went by, and a new century had begun. And then, people started to forget that melody.’ 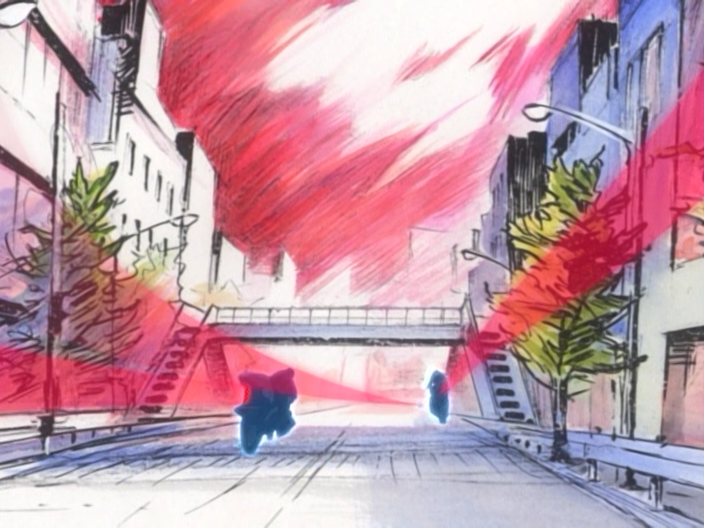 The music and sketch-like visuals accompanying this voiceover may exude somewhat wistful and harmonious vibes, but this is an opening devoid of all hope for a brighter future. The harmony on display here is only surface-level, and no-one is truly free while the invisible hand of society condemns some to a lesser life and others to human sacrifice in order to retain the status quo. Even if the new world order ensures humans born after the war have no idea it ever happened, disappearances are common and exploitation is rampant as those in power ensure their privileged positions are never challenged.

Even if that involves monsters literally eating children. Why sacrifice your own quality of life when you could just do nothing?

For a co-produced anime from 2004 planned by Gainax and animated by JC Staff, it’s an intriguing premise worth uncovering from a life of obscurity. It’s flawed, sure, but that doesn’t make it any less worth watching, if just because there isn’t another anime quite like it. 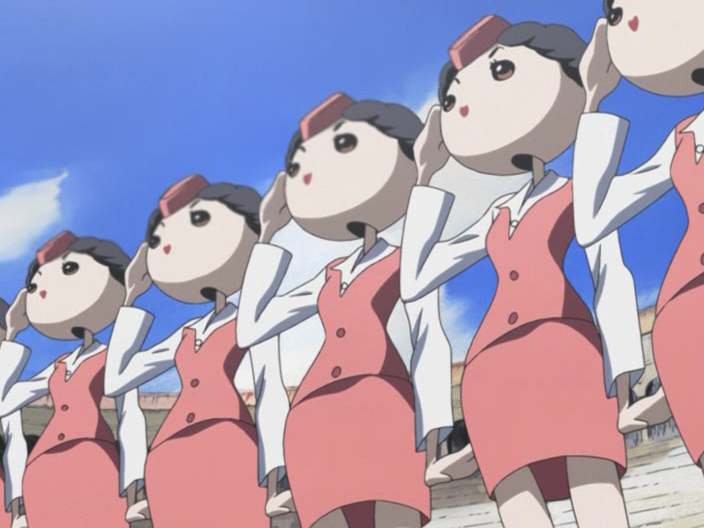 Melody of Oblivion is a fantasy story about the remnants of a war long since lost, and about the soul and belief for a cause that keeps the few remaining ‘Melos Warriors’ going against all odds. These Melos Warriors are solo adventurers who can see the ‘Melody of Oblivion’, a girl trapped by the monsters who can, if freed, unleash a power that could wipe out all other monsters. They fight alone as wayward travelers using bows and arrows infused with their rhythm and spirit, extracted from tattoos on their bodies that represent musical instruments and notation.

The story centers on Bocca Serenade, a boy who learns of the truth of the war from an old man who can construct Aiber Machines, a motorcycle-like vehicle used by Melos Warriors. After saving his best friend from being used as a human sacrifice, he decides to leave them behind to fight against the monsters with a girl named Sayoko Tsukinomori. Yet what makes this series so interesting is how it uses this premise to explore how cults and fascism can rise to power and, particularly, how they sustain and survive, provided people have a motivation to support them at the expense of others.

The series plays out as a chapter-based story through the post-war reconstruction of humanity following their loss against the monsters. After Bocca goes on his adventure, we have different arcs that showcase how society has insulated monsters for their benefit. And we also see how, without radical change, the system will continue unchallenged, while the forgotten continue to suffer. 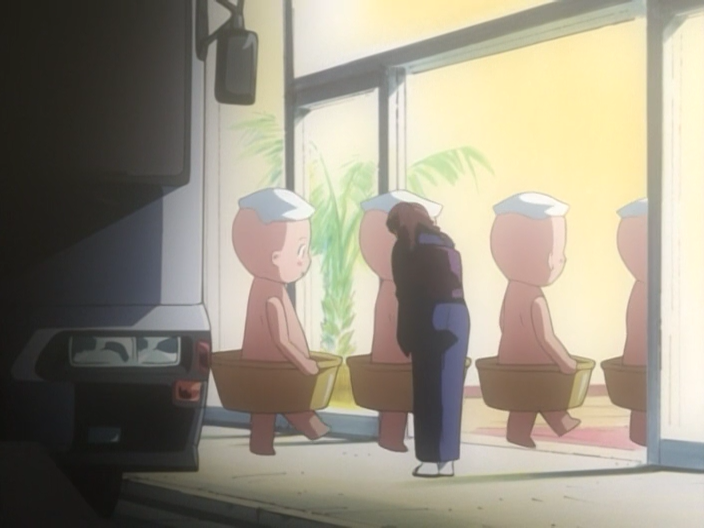 This can be seen in the first arc, set in a seaside resort shrouded in eternal darkness thanks to the monsters. Provided the town sacrifices a child to the monsters regularly, the town will stay in darkness, with this unusual reality providing a boon for tourism. Providing they perpetuate the suffering of the undesired, they’ll keep getting richer. Challenging that reality makes Bocca a nuisance, not a savior.

The show weaves various conundrums like this throughout these arcs, centering the show less on the monsters themselves, the outwardly authoritarian symbolic rulers of Earth, but the people willing to turn on their fellow man rather than overthrow injustice and create a more equitable world. You could say the monsters are more representations of the systems we as a society are more than willing to sacrifice our lives to, while the agents of the Union are the true monsters ensuring the cycle of injustice continues. 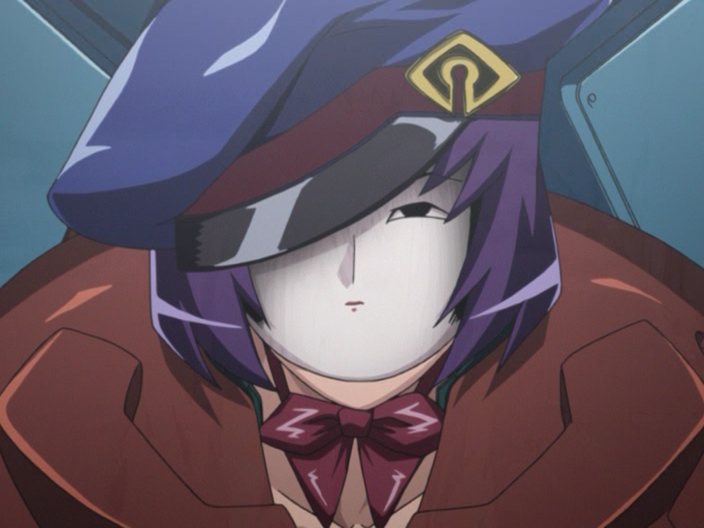 This all sounds like high praise, but Melody of Oblivion is far from perfect. This is a show that I’ve never truly forgotten thanks to the show’s strong thematic core, only aided by a rather beautiful European-inspired soundtrack and catchy opening and ending themes. Yet the anime has a problem far larger than its heavy re-use and at-times clunky animation.

What almost derails the anime is how it takes certain visual metaphors to unnecessary, overly sexual extremes that frustrate early on and threaten to ruin the show entirely by its final episodes. 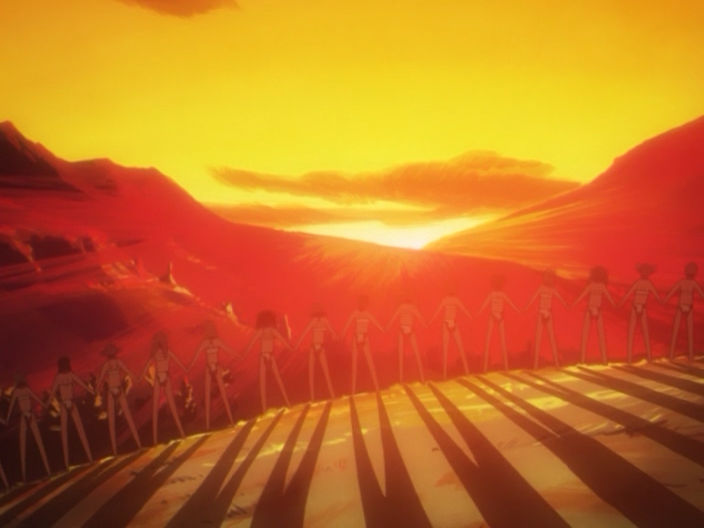 There is one scene from the show that you may have heard of: the cow farm. Outgrowing the show’s legacy, these scenes feature women in little more than cow print bikinis frolicking around a farm, with one scene even featuring the girls being ‘milked’ while mooing sexually until they collapse. Even if you want to make the loose argument the show attempts to justify the scene with by how a system attempts to suck the life out of the people within it, with the monsters being the farm owners (this is certainly how the anime justifies it)… there’s no need for this. It’s inappropriate, unnecessary, and, frankly, insulting.

It’s the most extreme example of a running trend within the series that sees the show undermine its thematic content with desperate appeals to the male gaze. Is there a need for female Melos Warriors to activate their arrows through fanservice actions like sensually kissing it and rubbing it around their inner thigh, while the male characters sweep it over their arm like a violin? Is there a need for scenes where the various Melos Warriors rub lotion over each other’s bodies behind a curtain for barely justifiable reasons? 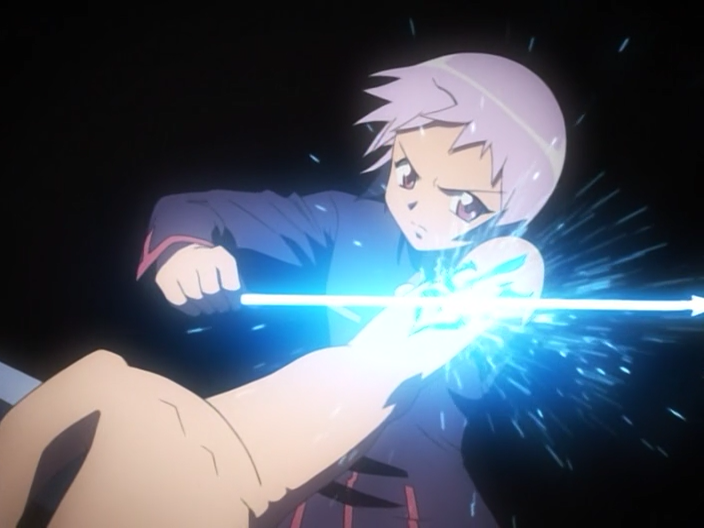 Everything from clothing choices, particularly for Monster Union members, and the ways their bondage for using the mechas is inherently more exploitative than their male counterparts, and more, contribute to an innate problem the show has that threatens to undermine it entirely. I wouldn’t blame anyone who chose to stop watching because this content made them uncomfortable. It certainly was for me on multiple occasions.

But this is a recommendation article, and if you can look beyond the distracting and awkwardly inserted fanservice, I truly believe Melody of Oblivion is an anime that will impress and surprise in equal measure. The anime has a lot of things to say that are unfortunately relevant to our current-day struggles. Changing a corrupt system from within is a hopeless endeavor when the system itself is resistant to change and the people in charge benefit from the injustice it perpetuates. 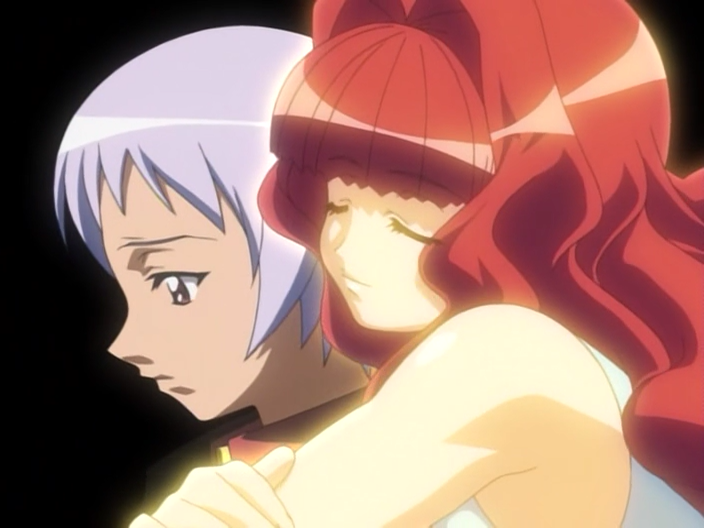 The status quo is no longer sustainable. People are losing their sense of identity to a system that enforces work as a means of survival, while those in power are more than happy to watch the suffering continue unless they can find a way to take advantage of the situation. To change a system requires an outward goal to break the cycle of corruption and replace the Melody of Oblivion with a Melody of Hope for the future.

With a unique tone, this anime is more than worth your time. Just maybe ignore the cows.

Melody of Oblivion is available for streaming on Crunchyroll.