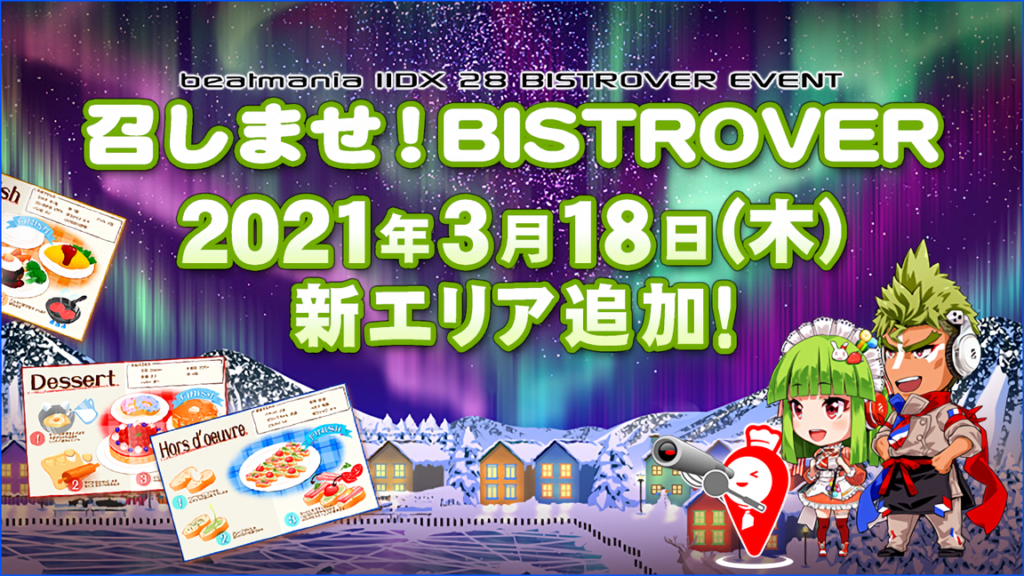 In the middle of December 2020, KONAMI kicked off the first main event in its newest entry to the beatmania IIDX series, beatmania IIDX 28 BISTROVER. Meshimase! BISTROVER sees the player travel to various locations across the world to prepare a various number of dishes, that once completed, unlock new songs for the player to enjoy in the game.

The first stop of the event saw players travel to Asia and create several dishes. The second stop saw us traveling to Europe and furthering our culinary expertise. And now for the third location of Meshimase! BISTROVER, we’re going to the great north, or as KONAMI calls it ‘Northern Area’, to hopefully become a master chef and unlock some new songs. 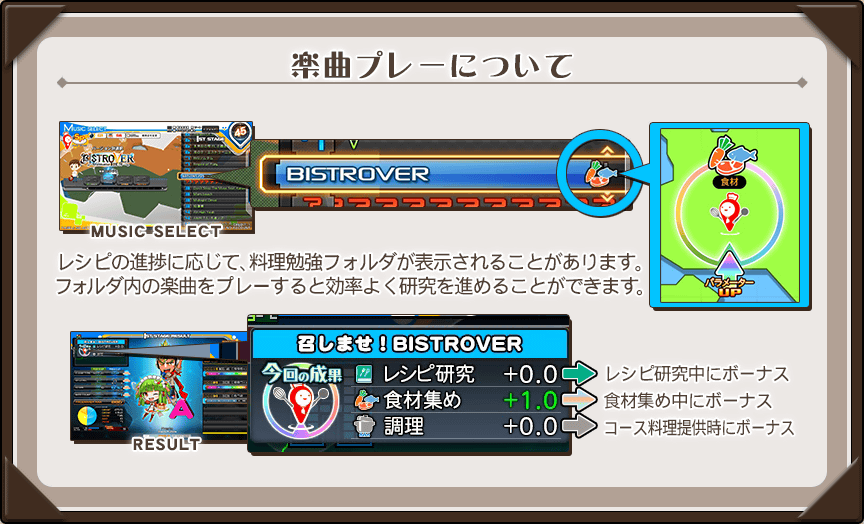 The third location is by far the location with the most amount of content to unlock, with a total of seven songs: six new songs and one revival. Let’s take a look at we’re going to be unlocking:

Also, as a bonus, KONAMI even added a new song from the beatmania IIDX 28 BISTROVER OFFICIAL SOUNDTRACK yesterday, celebrating the release of the soundtrack.

There you have it, the third and possibly final stop in the Meshimase BISTROVER event for beatmania IIDX 28 BISTROVER. Like I mentioned, this stop is by far the most loaded we’ve gotten so far in the title in terms of new content, and quite possibly one of the larger updates we’ve gotten as a supplemental update in quite some time, even across various versions.

I look forward to seeing what KONAMI has up its sleeves for future updates!