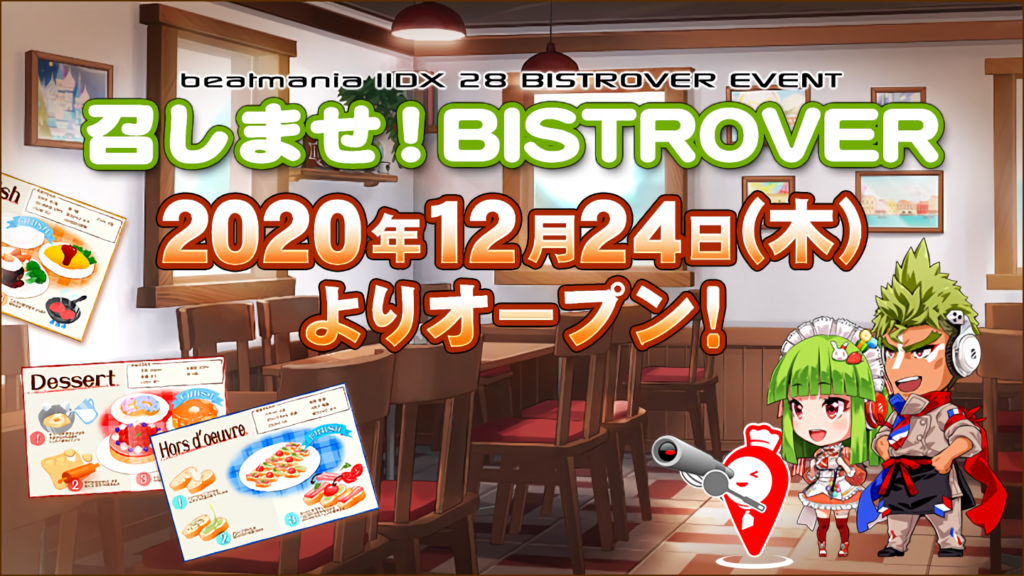 Konami’s beatmania IIDX 28 BISTROVER has been out for almost two months and we are now finally into the essence of the game as the first unlock event has officially kicked off this morning. The event is titled 召ませ! BISTROVER (Meshimase! BISTROVER), which sees the player whipping up dishes to cook and unlock new songs to play. The unlock event is the first phase of what will likely be many phases (if going off of previous releases shows any indication of what to expect).

With the first round of unlocks, we got some pretty neat things to go over, so let’s get into it. 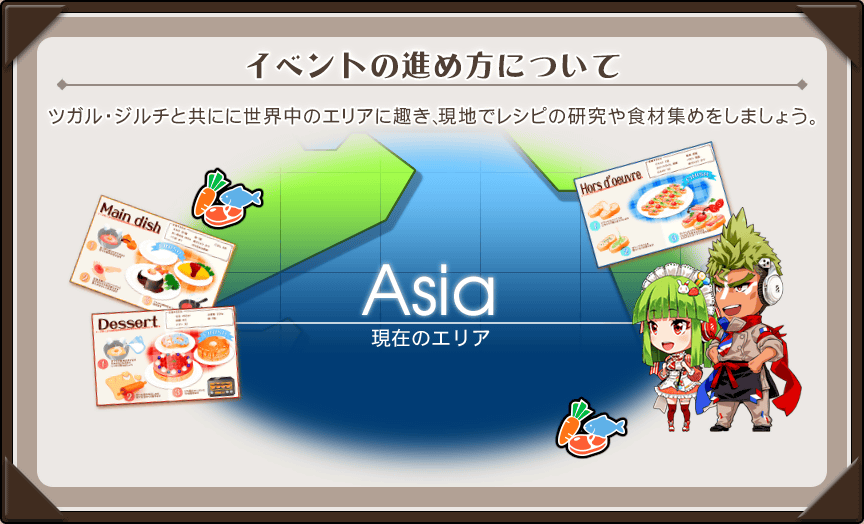 This morning when I woke up, the first thing I did was check Twitter to see what the unlocks from Meshimase! BISTROVER. At the time, there were only two unlocks uncovered, but now, they’re all unlocked and ready to see!

There you have it, all five songs that were unlocked today through the new event. I was surprised to see ‘Crazy Jackpot’ from the ill-fated Reflec Beat in the unlock list. I have been saying for years that I wish that song was in IIDX.

With this only being the first phase in the Meshimase! BISTROVER unlock event, we’re sure to see at least another three to four phases from this single event, with hopefully a new event to come shortly after this one. Only time will tell, so in the meantime, it’s time to start unlocking these and getting this phase over and done with.