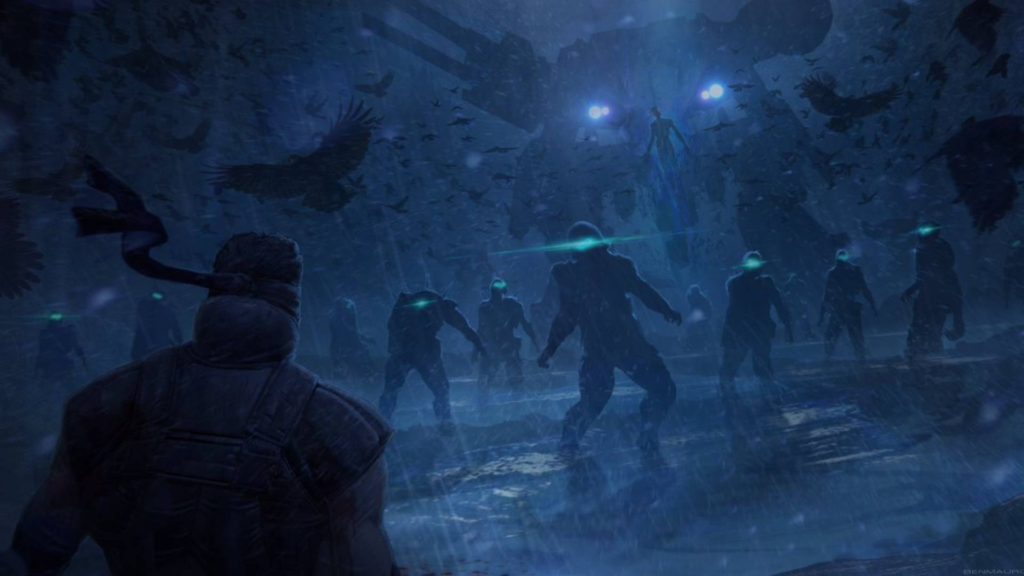 If there’s one word that couldn’t be used to describe Hideo Kojima’s beloved franchise Metal Gear, it’d have to be simple. After all, the events of the series span hundred of years during very different time periods, from the Cold War to the distant future. So when it was announced that Jordan Vogt-Roberts (Kong: Skull Island, Kings of Summer) would be tackling a movie adaptation of the series, how the adaptation would approach this dense history and at which point it would start was naturally among the biggest questions raised by fans.

But now we have something of an answer. To celebrate 31 years since the release of the original Metal Gear for MSX, Vogt-Roberts launched the ‘#METALGEAR31st’ project on July 13, which will see a new piece of artwork created in collaboration with “next-gen” artists posted every day to celebrate the series’ legacy. We already speculated that something more profound may be lying under the surface of this seemingly simple concept, and we now have our first taste of just that.

It all started with the above artwork, posted on the fourth day of the celebration. It features Big Boss and Gray Fox both taking on mechs, but more interesting than the artwork itself are Vogt-Roberts’ comments.

Firstly, the director stated that the Metal Gear series is about the “cycle of pain,” in that history and tragedy repeat itself during the events of the franchise. This is certainly an element of the franchise, with the story of Big Boss and Solid Snake being alternate versions of each other, with each character going in different directions while dealing with the same conflicts. Yet there are many other themes that are also present in the franchise, the most important of which I always deemed to be anti-war and anti-exploitation, but the fact that Vogt-Roberts named history repeating as “the” message of Metal Gear possibly suggests that his story will emphasize that above all else.

That being said, it would be difficult to present this theme of history repeating without actually seeing the different histories. Obviously, in the games this is achieved since you play them out of chronological order, seeing both Solid Snake and Big Boss develop at the same time even though they live decades apart. Vogt-Roberts commented on this, saying that he is eager to show you his own “approach” to the history of the series.

The fact that Vogt-Robert uses “my” here seems to suggest that he will be venturing away from the source material and towards his own way of telling the stories of Solid Snake and Big Boss. What exactly that approach will be is still unclear, but my guess would be that he may attempt to combine the story of both Metal Gear Solid and Metal Gear Solid 3: Peace Walker – the origins of both Solid Snake and Big Boss – to convey his chosen theme of history repeating.

It was always previously thought that the movie project would be an adaptation of Metal Gear Solid, but now it seems probable that the project will be diverging slightly to include elements from later in the games, from Big Boss’ story. I have no doubt that Vogt-Roberts will continue to drop hints like this, so be sure to keep an eye on his ongoing series of tweets.