The Phantom: Why ‘Metal Gear Solid V’ Refuses to Die 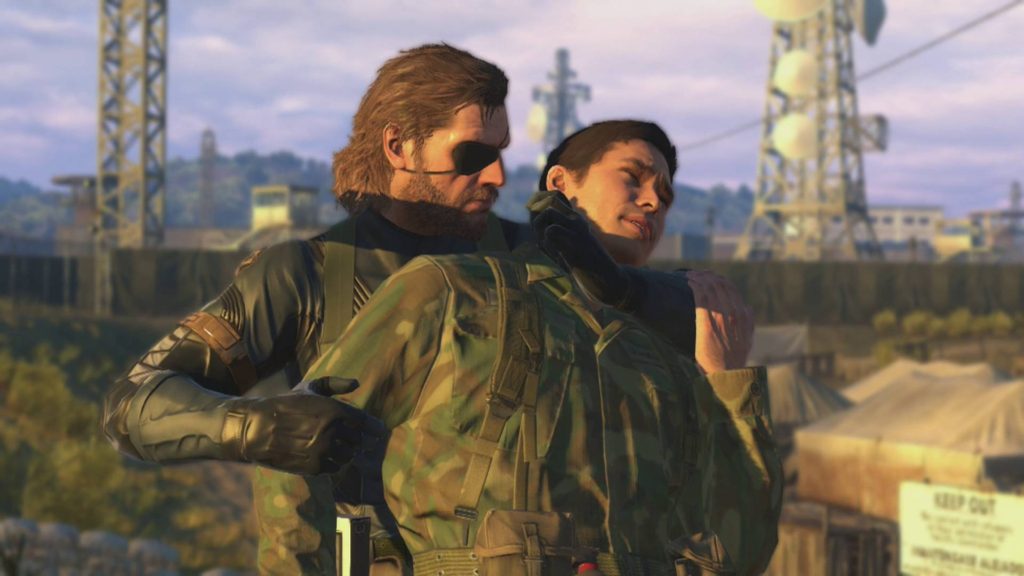 At the beginning of August, a 2GB update to 2015’s Metal Gear Solid V: The Phantom Pain sent a jolt through the internet. The final Hideo Kojima-directed Metal Gear game was panned at release by fans, formed a large part of a campaign against the game publisher’s (Konami) shocking business practices, and left what had been a legendary series on a rather sour note. That sour taste still lingers in many fans’ mouths, and to some, that update was a rude reminder of a memory best forgotten – and yet, MGSV refuses to die.

In many ways, it’s hard to blame fans for being disappointed. The promotional material for the game promised many things, and it failed to deliver on many of those promises. Firstly, the game was supposed to show Big Boss’ transformation from a man to a “demon,” and therefore how he would become the antagonist that we first encountered all the way back in 1987’s Metal Gear. Secondly, in showing Big Boss’ descent to the dark side, it was supposed to serve as “the missing link” between the two halves of the franchise – those being the Big Boss games, and the Solid Snake games. But more importantly, it was supposed to end the series on a high note, after what had been a mostly positive 30 years of releases.

Yet, Big Boss was largely static as a character throughout the game, and seemed to act more like a hero than a “demon” – one mission even saw you go out of your way to save several child soldiers. Really, if there was any character that we truly saw become a “demon,” it was Kazuhira Miller – who would go on to betray Big Boss to work for FOXHOUND later in the series anyway. And even though the promise of “the missing link” was addressed in the game’s meta ending, this was executed in such a poor way that many fans were left unsatisfied – with some even believing that the true ending, or the true “missing link,” lay waiting to be uncovered. As a result, MGSV’s story sticks out like a sore thumb in the midst of the deftly woven narratives of previous games.

All of this meant that fans were very disappointed, to say the least, and frustration at the game was only heightened due to how well the game scored during pre-release reviews. Critics from all corners of the internet were giving the game perfect scores, calling it the best game in the series yet, and with the hype this generated, it’s only natural that fans felt frustrated and betrayed. It would only later be revealed that the critics playtested the game in a “boot camp”, only being given a short amount of time to complete what would end up being a 100 hour plus game for those aiming for 100% completion, which didn’t allow them to encounter the major story developments in the second chapter that disappointed so many fans once it was available for general release. No doubt, if time wasn’t so limited for the reviewers, they may have come to much different conclusions – perhaps ones that more actively expressed the flaws in the game’s story.

It’d be foolish to suggest that such a move wasn’t intentional on Konami’s part, who knew full well that the game story was being cut short to rush development forward for an earlier release. Konami is no stranger to such practices, and the treatment of their employees working on MGSV only reinforces their willingness for shady business practices. Several sources close to the company came forward to talk of their mistreatment by the company during the development of the game, with Japanese broadsheet Nikkei detailing the Orwellian practices put in place by the company to monitor its employees (https://kotaku.com/report-konami-is-treating-its-staff-like-prisoners-1721700073), and American YouTuber Super Bunnyhop detailing a series of leaks sent to him via an anonymous source (https://www.youtube.com/watch?v=iMK-kajdgMA) – which only seemed more viable once Konami tried to take down the video. And although Kojima himself has stayed quiet on the subject, he’s not exactly denied it either – and sometimes silence speaks louder than words.

Konami’s frankly disgraceful treatment of their employees fed into the outrage surrounding the disappointment of the game, as now fans had a viable target towards which they could direct their hate – but it’s not as if Konami was acting the villain on purpose. Rather, rushing development was a natural course of action for the company to take considering it’s financial state at the time. Not only were Metal Gear games becoming less and less profitable, but this game was also costing more and more as the game stretched out for five years of development, including the development of a new in-house engine called the ‘Fox Engine.’ Considering that the game wasn’t even finished after the eventual five years of development, imagine how much longer it would have taken to fully complete to Kojima’s standards – that was simply something the company couldn’t take, especially since it was hemorrhaging key staff and IPs left and right, including the mastermind behind Castlevania, Koji Igarashi. So while I won’t condone Konami’s harmful policies towards their employees, strawmanning the company for the game’s flaws wouldn’t be accurate, either.

But it is a reality that Konami was made into a strawman immediately after the game’s release, and as a result, Hideo Kojima was painted as the victim in all of this. And while he definitely was affected by Konami’s practices, Kojima also has to take his share of the blame in sowing the seeds for disappointment among fans. He has always had an eye for flashy PR through trailers, and it was from these trailers that the ‘promises’ fans expected to be fulfilled emerged. Of course, he probably expected to be able to finish telling the story he set out to tell in full, but perhaps creating such lofty goals for himself as presenting the “missing link” between 30 years of video game history was a bad idea in the first place. Even now, Kojima’s ambitions threaten to get the best of him as he builds anticipation for his upcoming title Death Stranding through flashy trailers alone, leaving many frustrated that we still don’t have any specifics on the title, nearly 3 years after it’s announcement.

In another sense, perhaps it was foolish to try and give the Metal Gear series a proper ending, anyway. In fact, Kojima has developed every game since Metal Gear Solid 2: Sons of Liberty to be an end to the series, and each time he came back for a sequel, he only ended up complicating the series’ timeline further. That came to a head in Metal Gear Solid 4: Guns of the Patriots, which bombarded the player with lengthy cutscenes in an attempt to sort out its own timeline and put an end to the series once and for all. In this sense, while it is incredibly flawed, Guns of the Patriots is the closest thing to an ending that the series has seen. It even features a “missing link” between the Big Boss and Solid Snake storylines in the epilogue of the story – already fulfilling one of MGSV’s promises. In addition, when it comes to how Big Boss become a “demon,” the precedent for this was clear in the epilogue of Metal Gear Solid 3: Peace Walker, following the emotional impact Big Boss’ betrayal left on him, as well as the player. This, therefore, begs the question – was there even any need MGSV to serve as an “end”?

I’ll admit, I was one of those infuriated fans back in 2015. I’d played through the whole series again in preparation for that September 1 release, I woke up at 4 am to begin the download on Steam, and woke up promptly at 7 am to play it for almost 15 hours straight before my eyes could take no more. I was shocked by the ending, by the game’s broken promises, and the whole thing meant that I couldn’t even take one more look at what had once been one of my favorite franchises of all time.

But that update changed everything – I realized that the game was still alive. I reinstalled it and found myself surprised. The game was not dead. Despite the bad press and fan backlash, it was still being updating and had more content now than it did on launch.

Even though Konami have been made out to be the bad guys in the past, they haven’t done anything bad by MGSV post-launch. The servers still run, they still update it, and events are still going on. Far from abandoning the game, they have continued to stick by it and deliver on the gameplay that the critics were so enthralled by, back in the days of the boot camp. Metal Gear Online was even added, which while I’ve never been a big fan of, represents a sizeable dedication of time and resources into a property nearly universally loathed by its fanbase.

Or is it universally loathed? Just taking one look at the MGSV modding scene challenges that notion. It’s one of the most active communities on the Nexus mod site, with the Snakebite mod manager allowing easy development and installation of mods – many of which iron out the glaring gameplay flaws of the vanilla version, refining what was already a solid gameplay experience. Online multiplayer in the form of FOBs still goes on, with fans still striving to rid the world of nuclear weapons and trigger the hidden “PEACE” cutscene. Konami has helped keep this mode alive as well, thanks to the constant events that they schedule and organize.

All of this is because, at its core, MGSV is a good game. It might not have the best story, particularly compared to other entries in the series, but it’s gameplay still makes it the best game to play in the series, and one of the best stealth games ever made. There’s endless replayability to it, whether it be through trying to S rank every mission or completing a European Extreme, no tranquilizer, no kills run, or just simply trying to rid the world of nuclear weapons.

In this sense, it’s not hard to see why MGSV lingers on. The aforementioned 2GB update was innocuous enough, simply adding Quiet as a playable character for FOB invasion. But for me, who was blinded by the flaws in the game’s story, it was a wake-up call. MGSV is a damn good game, and because of this, it will continue to linger on – despite everything.