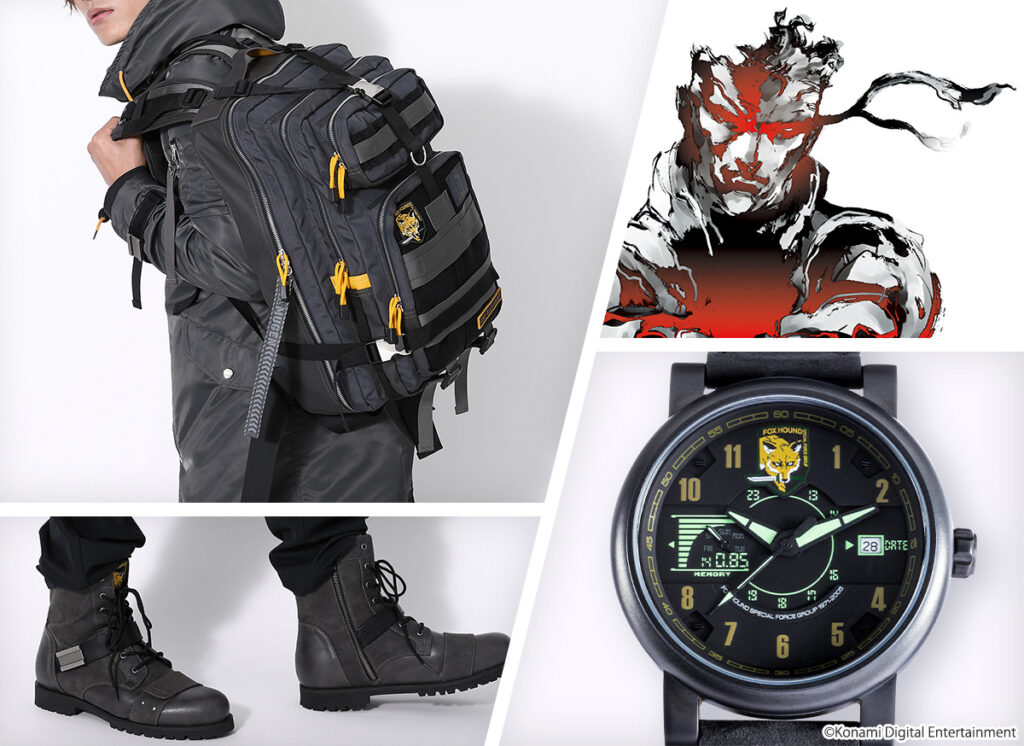 Whether you’re on a covert mission or just hanging out, SuperGroupies has some Gear for you. The anime fashion company started a new collaboration with Konami for a lineup of accessories based on the Metal Gear games.

SuperGroupies began accepting reservations today (24 November) for the Metal Gear-inspired items. The company states that the items won’t be available until next year.

The line includes watches, bags, outerwear, and shoes. All items feature the logo for FOXHOUND, the international special forces organization that Solid Snake does all of his black ops infiltration missions for (Depending upon the game, FOXHOUND is actually a unit of the U.S. Army; it’s complicated.) 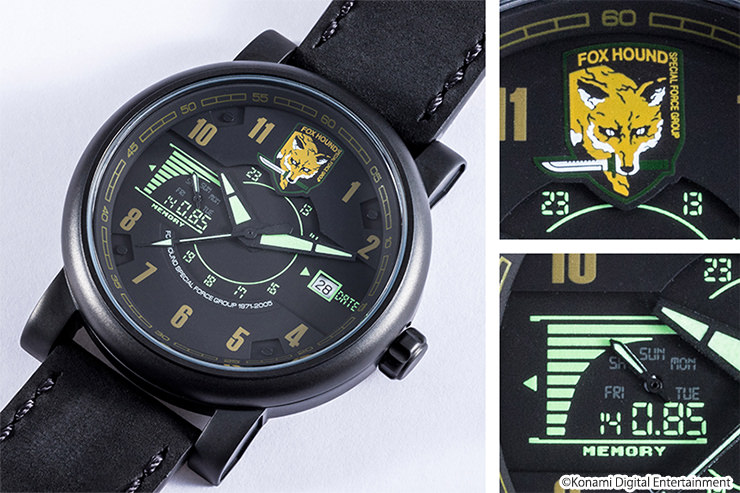 The watch has the orange FOXHOUND logo at the top and also resembles the green codec screen Oticon uses to call you during a mission. The back of the watch has the Tactical Espionage Action: Metal Gear Solid logo etched into it. 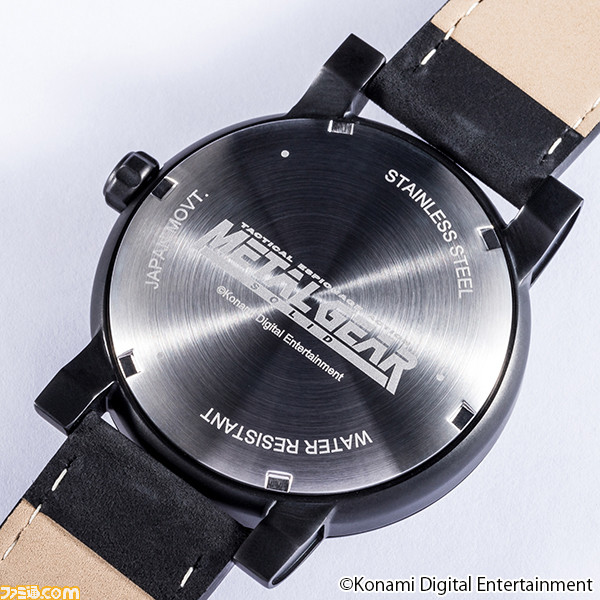 Incidentally, the watch comes in a cardboard box, which normally wouldn’t be worthy of discussion. But it’s a reference to the best item that Solid Snake has for sneaking around undetected (also the best cosplay prop).  It doesn’t say ‘The Orange’ on it, but it’s still a nice-looking box. SuperGroupies describes it as ‘a special SuperGroupies design exclusive to this release!’ 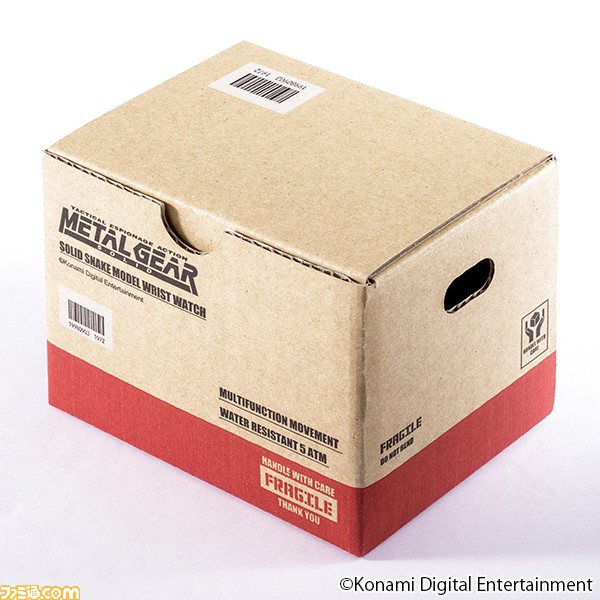 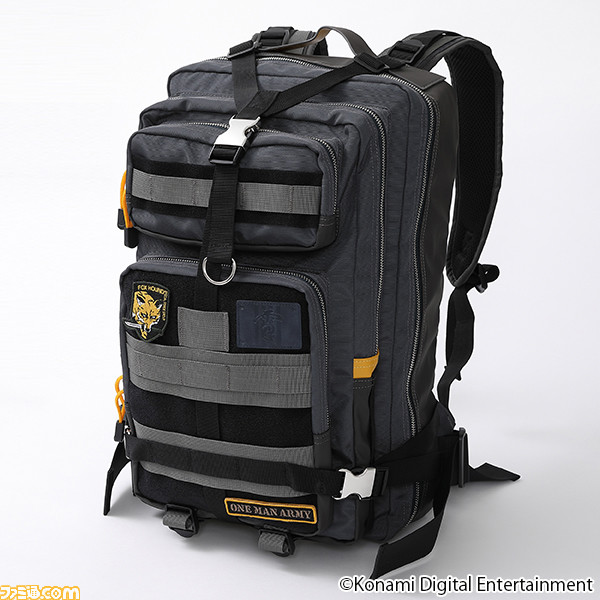 The backpack has a lot of useful pockets and straps. On the outside, it is decorated with a FOXHOUD patch, a ‘One Man Army’ patch, and a patch with some kanji used in the game. The patches are velcro and can be moved.

The straps are inspired by Snake’s Sneaking Suit. The zipper is designed after Snake’s bandana. The inside of the backpack has a camouflage background, with silhouette images of boxes and weapons, along with the ‘!’ which lets you know you’ve been spotted. You can almost hear the alert sound effect. 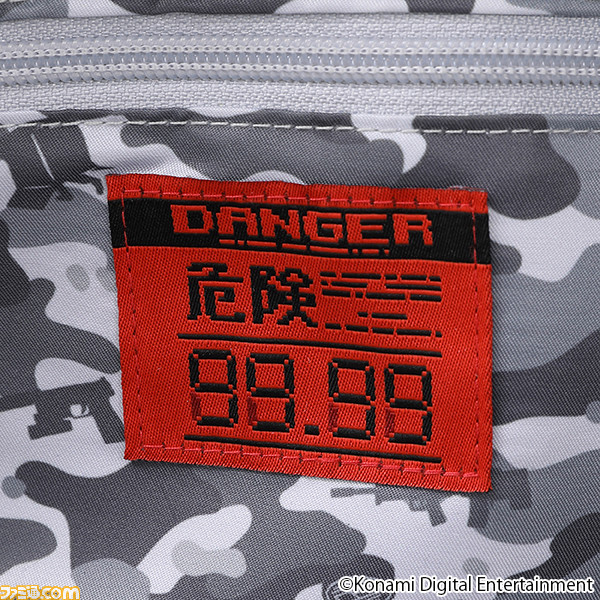 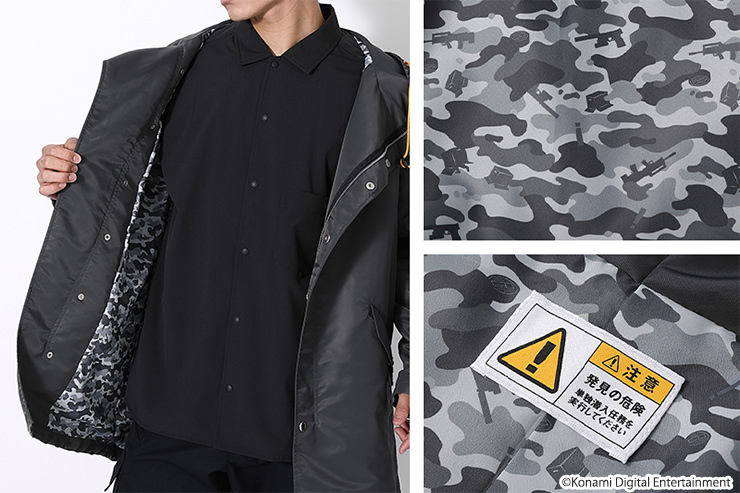 The Solid Snake coat is gray with yellow accents. The FOXHOUND patch is on the sleeve, and other details are inspired by the Sneaking Suit or by Snake’s bandana. The lining of the coat is similar to the interior of the backpack. Even the coat’s tag has that familiar Metal Gear ‘!’ alert on it. 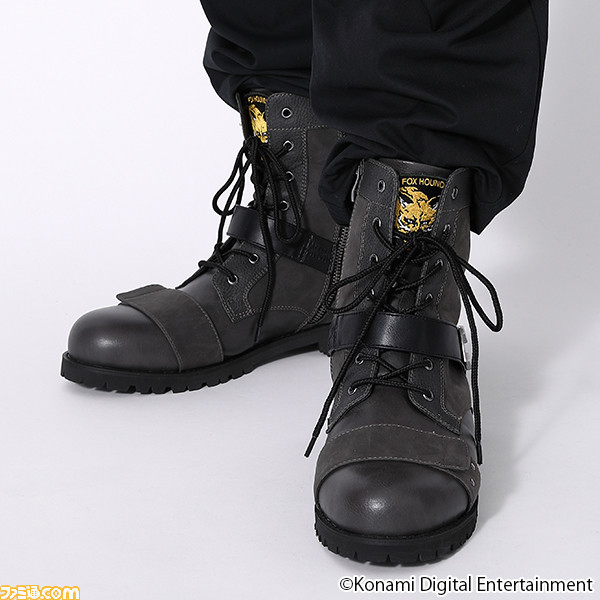 Last but not least, SuperGroupies has a pair of Metal Gear boots. The FOXHOUND logo is there again, this time on the tongue. The boots are inspired by the Sneaking Suit. The insole has a gray camouflage design, similar to the coat or the backpack. The boots have laces, but there’s also a zipper on the side for easy removal.

All things considered, this looks like a practical and stylish collaboration. The reservation period continues through 14 December. You can find more information about the items here.