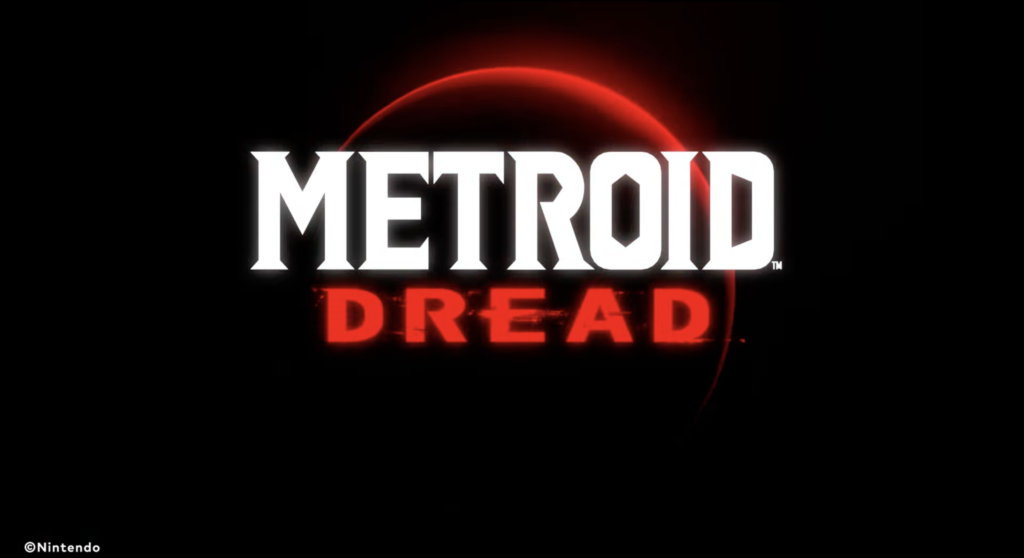 The name has become something of legend around these parts, but now it will finally become a real game: Metroid Dread has been announced, and it is coming to Nintendo Switch later this year.

Metroid Dread had become the stuff of legend. Supposedly a 2D sequel to Metroid Fusion developed during the Game Boy Advance days, the game was supposedly going to continue the story of the 2D Metroid titles but unfortunately never released. While new information on the troubled development of Metroid Prime 4 remains forthcoming, we do know that this game will finally become a reality as Nintendo’s 2021 E3 Direct confirmed the existence of Metroid Dread.

The first thing that immediately sets this new 2D Metroid title apart from others is Samus’ suit: this time, the suit is mostly white with shades of blue and red. As she wanders through this mysterious facility where the game takes place, a new enemy appears in the form of the robot E.M.M.I., as the robot chases her around the facility.

The powerful E.M.M.I. stalk Samus in #MetroidDread, and she must use a variety of moves to escape their deadly attacks. If you somehow succeed in countering, Samus can use her new slide ability to make a daring escape.#NintendoTreehouseLivehttps://t.co/WiUE3G2oCx pic.twitter.com/JQnLrK9XDL

The gameplay shown is reminiscent of the most recent Metroid: Samus Returns remake (indeed, the development team have returned to work on Metroid Dread). Further information remains a mystery, but we see Samus traversing through a number of varied and unique environments in the brief trailer showcased during today’s event.

Check out the #MetroidDread: Special Edition also releasing on 10/8, which includes the game, a steel game case, artbook, and art cards covering all 5 games in the 2D saga! pic.twitter.com/SKWK0ltFtr

Luckily, fans won’t have to wait too long to get their hands on this new 2D Metroid experience. It was announced that Metroid Dread would be coming to Nintendo Switch on 8 October, with a special edition featuring an art book set to be released on the same day. If that wasn’t enough, a new amiibo bundling featuring a new version of Samus alongside the robot E.M.M.I will also be made available.

Even if Metroid Prime 4 is a long way from release with no footage to be shown at today’s event, the announcement of a new 2D Metroid game should keep fans entertained as the wait for the sequel goes on.