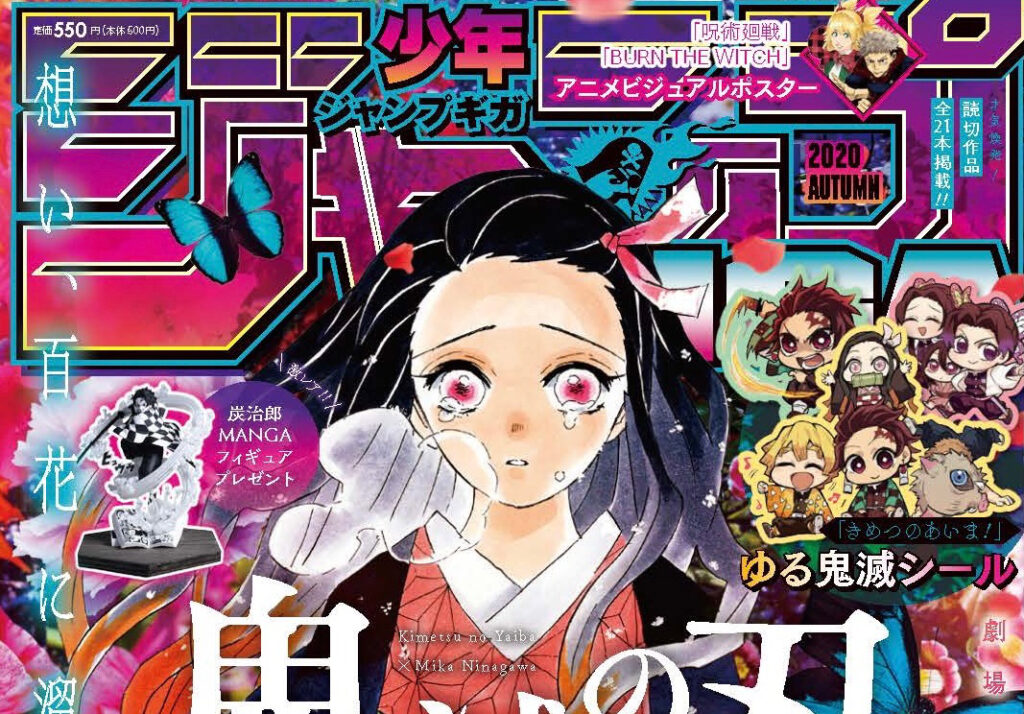 Mika Ninagawa and Demon Slayer: Kimetsu no Yaiba have teamed up for a special collaboration in the upcoming Autumn 2020 issue of Jump GIGA, scheduled for release October 16. The collaboration – consisting of a Ninagawa-curated front cover and poster – is a surprising one, to be sure, but a welcome one; perhaps the Followers director could be a good choice for adapting Koyoharu Gotouge’s Weekly Shonen Jump series into live action?

Intended to promote the upcoming Mugen Train movie, this Mika Ninagawa and Kimetsu no Yaiba collaboration is, admittedly, quite simple. Unlike previous campaigns, Demon Slayer isn’t taking over the majority of Shueisha’s magazines nor commissioning a special steam train; instead, Ninagawa just had some say over the design of the latest Jump GIGA. As she says:

“I first learnt about Kimetsu no Yaiba through my son, and ever since then we’ve both been big fans together.

So when I first received the offer for this collaboration, I was of course happy, but also a bit confused: ‘Is this really okay?!’ I thought.

I was allowed to choose any character [for the illustration], so I went for just girls. To be able to do something with a work that I love very much, even just a little bit, makes me very happy.”

So, it seems as if Ninagawa was just consulted by Koyoharu Gotouge or the Weekly Shonen Jump editorial department for this “collaboration.” Nevertheless, the fact that she learned about it through her son speaks to the popularity of the series – I imagine that there are a fair few others who have had the same experience, judging from the massive sales numbers. 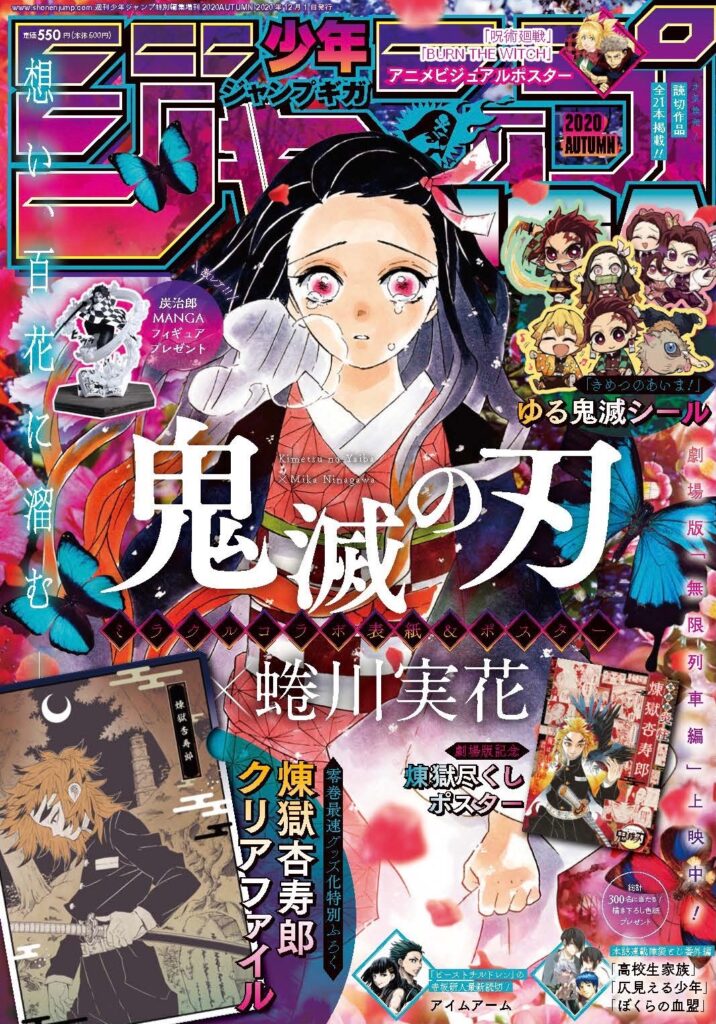 Furthermore, it is worth noting that the article on this Mika Ninagawa and Kimetsu no Yaiba collaboration was published on Oricon just below one reporting on a survey carried out by Voice Note asking fans which actor they would like to play each character if the series was made into a live action film.

While this shouldn’t be taken as anything close to confirmation that Mika Ninagawa is helming a Demon Slayer: Kimetsu no Yaiba live action movie, she would certainly be a good choice. Perhaps her eye for bright colors and bold visual compositions would be the only thing able to match up to Studio ufotable’s tremendous work on the anime adaptation.