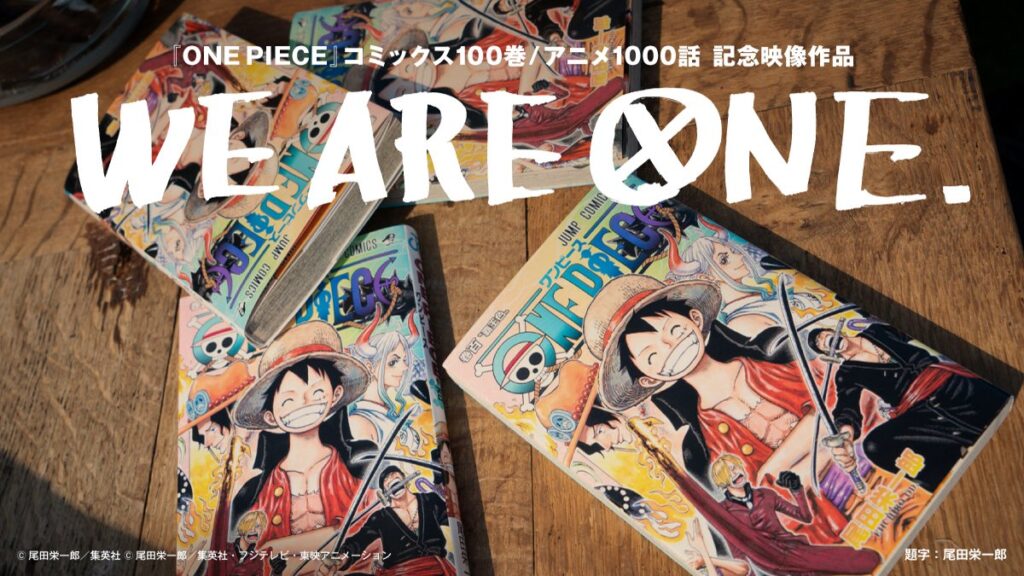 The iconic Mika Ninagawa will direct a series of shorts under the title ‘WE ARE ONE.’ to celebrate Eiichiro Oda’s One Piece reaching 100 volumes of manga and 1000 episodes of anime.

For someone like Mika Ninagawa, it seems almost unfathomable that she would team up with One Piece. The filmmaker is known for her distinct visual style and saturated color palette, directing adaptations of the josei manga Sakuran and Helter Skelter in 2007 and 2012, respectively. She doesn’t appear to have much in common with the irreverence of shonen manga, but she did team up with Demon Slayer: Kimetsu no Yaiba last year for a Jump GIGA cover.

In any case, the ‘WE ARE ONE.’ shorts will follow the story of four One Piece fans in what is described as a five-part short drama. Just what this story entails, we don’t know, but what we do know is that it will feature both live-action and animated elements. As you might expect, TOEI Animation is handling this second part, not about to let twenty years of experience with Eiichiro Oda’s characters go to waste.

What’s more, Mika Ninagawa isn’t the only high-profile collaborator working on the One Piece ‘WE ARE ONE.’ shorts. RADWIMPS is writing the theme song, while Kengo Kora forms part of the main cast. He was in the Solanin adaptation as Naruo Taneda and The Story of Yonosuke as Yonosuke Yokomichi. Talk about star-studded!

Perhaps we should expect nothing else from the pirate king of shonen manga, but Mika Ninagawa’s continuing involvement with Weekly Shonen Jump is interesting to say the least. Her collaboration with Demon Slayer already presented her as a perfect candidate for a potential live-action adaptation, but maybe she could lend her distinct visual style to One Piece too?

It’d probably look better than the upcoming Netflix series, that’s for sure.

The ‘WE ARE ONE.’ shorts will stream this August via the One Piece YouTube channel. Keep your eyes on the official website for more details on staff and cast!