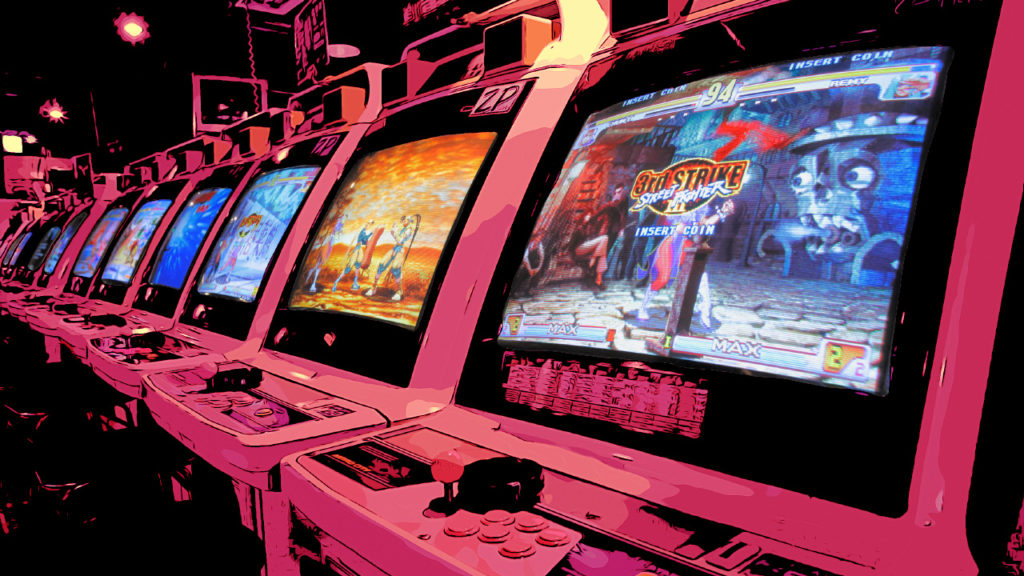 Perhaps one of Japan’s most popular game arcades is “Game Center Mikado,” part of the Oasis Plaza building in Takadanobaba, Tokyo. This arcade operates more than 120 game machines and features daily video game competitions. We asked their proprietor and manager of 13 years, Mr. Minoru Ikeda, about fighting games like the Street Fighter series and how arcades are faring in the modern age. 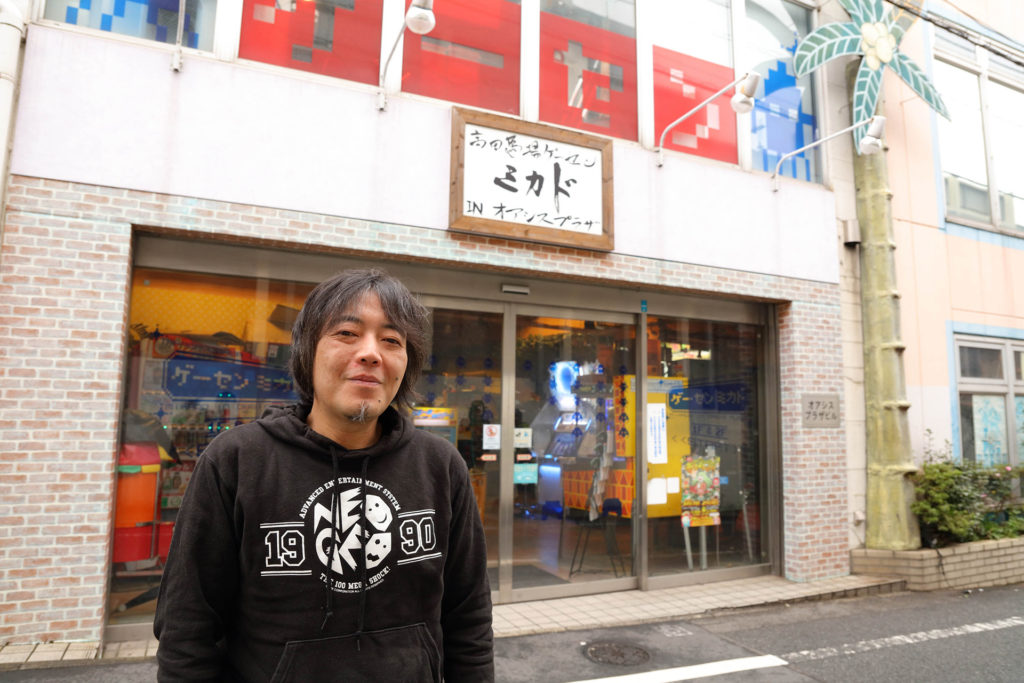 OTAQUEST: How were things in the world of fighting games back when your Takadanobaba establishment opened in 2009?

Minoru Ikeda: I recall that with the release of Capcom’s Street Fighter IV in 2008 the previous year, 2D fighting games were on the rise again. There were sequels coming out for other popular series too, like a new BlazBlue entry from Arc System Works, Melty Blood from Ecole, and Arcana Heart from Examu. In 2009, when the Takanobaba Mikado opened, SNK Playmore released The King of Fighters XII… to little fanfare. (laughs)

OTAQUEST: So were fighting games the main course at the arcade back then?

Minoru Ikeda: Right. By 2009, we had already reached the point where arcades couldn’t attract customers with any old machine, and establishments that focused on video games were struggling. Equipment costs were rising, particularly with cabinets switching over from CRTs to LCDs. To cover costs, Mikado attracted customers with our own events. Events for fighting games were particularly easy to organize and effective at bringing in customers. We uploaded videos of events to YouTube and other sites the day after to further reach out to potential customers over the internet.

OTAQUEST: How was the fighting game community back then?

Minoru Ikeda: Back then, massive “Tougeki” tournaments put on by Monthly Arcadia, an arcade game magazine, were famous amongst the fighting game community. Smaller events at popular places like the “Atena Cup” (now “Beat Live Cup”) at Game Spot Atena’s Machida arcade were gaining traction, and each arcade was forging their own communities.

OTAQUEST: Mikado has a large community, too. What brought everyone together?

Minoru Ikeda: The tournaments, definitely. We only had them on weekends at first, but when operating margins starting getting slim, we started having daily tournaments based on certain games, and made the events our selling point. As a result, our profits went up, and it continues to keep us afloat. Even if the events aren’t big, they attract people from other arcades. One reason Mikado has gathered so many people is its easy-to-reach location. We didn’t have that much interest in making a community at first, but by working hard to keep our business afloat, we ended up making one. 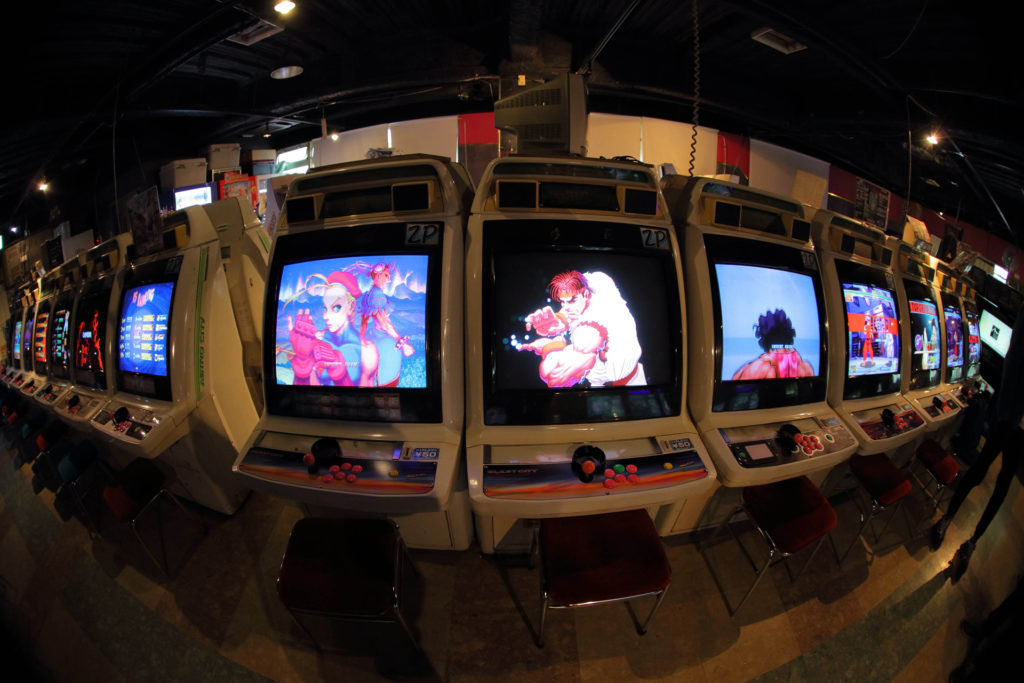 OTAQUEST: Which titles in the Street Fighter series are popular at Mikado?

Minoru Ikeda: Super Street Fighter II X and Street Fighter III 3rd Strike. “II X” has simpler ways for dealing damage and finding success, so it’s relatively easy for beginners to pick up. The system in “3rd” is kind of esoteric, but it’s famous in Japan for a firm place in tournaments like the “Cooperation Cup,” and became widely known around the internet through “Evo Moment #37,” a clip from “The Evolution Championship Series” in 2004 featuring (Daigo) Umehara. Umehara’s famous parry showed how slick and deep its gameplay is. Both titles have fans to this day, and their following still grows. I would wager people 30 years from now will still be playing them.

OTAQUEST: Are there people who pick up these games even now?

Minoru Ikeda: Not in droves, but there are clearly new, young players being pulled in. Many such players, particularly the talented ones, are children of Street Fighter II veterans 40 years ago. They’re the kind who would watch their dad playing Street Fighter at home and visit arcades together, so their introduction to fighting games was a matter of course. There are some outliers who start playing fighting games without any prior knowledge, but as for me, I don’t care how they find their start, so long as they’ll come to the arcade. (laughs)

OTAQUEST: How many people do tournaments for “II X” and “3rd” attract?

Minoru Ikeda: On weekday nights at Mikado, such tournaments see more than 20 people, and double that on weekends. Outside of Mikado, the largest annual events probably see crowds of 100 to 200. Mikado opened a second location in Ikebukuro last year, just 40 minutes away from the Takadanobaba location on foot. Still, “II X” and “3rd” have communities at both locations. Normally, a community for a specific title would gravitate towards only one location.

OTAQUEST: Have you seen any changes in top player patterns these past 10 years?

Minoru Ikeda: The top players for games like “II X” and “3rd” have been and continue to be in their 30s and 40s. Regular players sometimes find their way up to the higher ranks, but the real top-class players form an unscalable wall. New faces are rare at the top, which could be one problem with arcade fighting games.

OTAQUEST: With the increasing popularity of e-sports and player ranks, do you think we’ll see new stars?

Minoru Ikeda: Coming from my experience managing, I can tell you that the popularity of e-sports hasn’t had much bearing on arcade profits. (laughs) I might even say that the integration of fighting games in e-sports runs counter to the idea of an arcade. I feel arcades are sources of amusement, where everyone can enjoy themselves whether they practice every day or not. If people practice every day to go and compete with each other, that’s hardly any different from real martial arts, and I’m not sure that makes sense for arcades. Not to say that the effect of e-sports is good or bad, but I feel that their popularity isn’t connected.

Minoru Ikeda: Home game consoles are more than enough for people to simply practice and fight online, so it’s hard to see why people aiming for e-sports really need to go to arcades. I think the fun and value of arcades come from having a “shared place.” Pro gamers experience that kind of environment at tournaments, but it’s hard for regular people to join tournaments like those. Meanwhile, at the arcade, 100 yen coins get you a match with someone nearby. It’s a visceral, fun experience, and that’s what I think makes arcades great.

How do you feel about arcade game fans coming to Mikado from outside Japan?

OTAQUEST: Of Japan’s arcades, Mikado is well-known amongst arcade game fans outside of Japan. Do you feel that their numbers are increasing?

Minoru Ikeda: Since the dawn of live streaming through YouTube and such, we’ve seen more and more non-Japanese customers. At present, an average of 300 people visit our Takadanobaba location on weekdays. On weekends, that increases to a number between 1000 and 3000, but either way, around 10% of them are from outside of Japan. I can’t say they’re the bedrock of Mikado’s sales, but they’ll often purchase Mikado souvenirs. We’re very grateful to them.

OTAQUEST: Is there any weight towards a certain nationality?

Minoru Ikeda: Not in numbers, but there is a correlation between nationality and what people come for. People from Europe are often retro game fans, and they love to see game cabinets like Darius and Gradius actually running. Americans often come looking for strong opponents in fighting games like Street Fighter and Guilty Gear. People from Asia similarly tend to come for the matches, but from what I’ve seen, they have a narrower range of preferred titles, like The King of Fighters and Rival Schools.

OTAQUEST: Seems like a lot of people come for “away” matches.

Minoru Ikeda: Street Fighter II really spread that culture of visiting other arcades to test your skills. Back before the internet, people would venture over to other arcades to pick up new techniques. I myself visited other train stations, other cities to fight. “Next time, I’ll fight Osaka’s players.” That kind of spirit. Street Fighter II really encouraged people to travel around.

New ventures in the name of preserving arcade culture 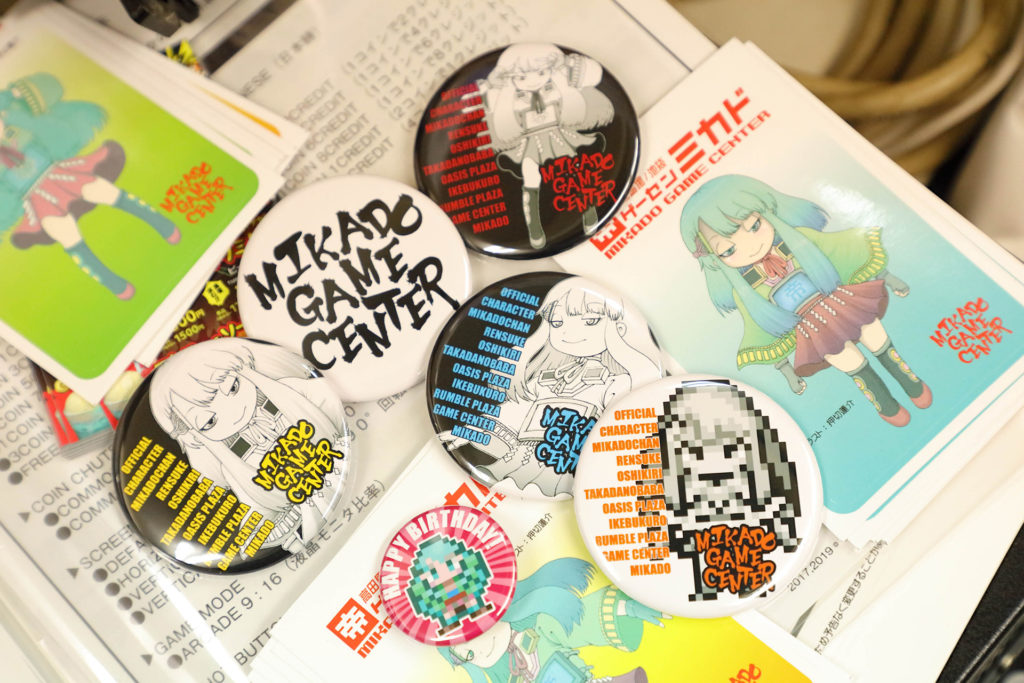 OTAQUEST: So, what’s the current state of fighting games in Japan’s arcades?

Minoru Ikeda: Our pool of new video game titles is drying up. It’s getting harder to create new game communities. In the past few years, “Tekken” and “Gundam Extreme Versus” are some of the only competitive game machines to come out. There was an arcade version of Street Fighter V, but their home console online community and the arcade community didn’t really blend.

OTAQUEST: I’m sure arcade managers are itching for new titles.

Minoru Ikeda: Naturally! Customers of arcades probably hope to see something fresh too, regardless of genre. But, I understand the difficulty it poses to makers. In the past, arcades and other entertainment facilities were as plentiful as convenience stores are these days, and with so many buyers, makers could sell the hardware for as little as 200,000 yen (about 2,000 USD). Today we seem to lack that balance.

OTAQUEST: I hear arcades are struggling outside of Japan, too.

Minoru Ikeda: Pure game arcades are virtually extinct in Europe. In America, I hear there’s been an increase in “barcades,” like sports bars with game cabinets. Still, even without arcades, collectors tend to have incredible amounts of game cabinets from Japan. Sometimes they’ll display their machines at events, and from what I’ve seen, they have even more than I do, an arcade manager. (laughs) The love for video games and desire to protect the past might be even stronger with fans outside of Japan.

OTAQUEST: Do you have plans for new things from Mikado?

Minoru Ikeda: From what I can predict, Japan’s arcades are going to require a heavier focus on tournaments and events to make their video games shine. That’s why we’ve been teaming up with other companies to bring a collaborative “Mikado Corner” to established arcades. In November of this year, we had “Amipara” in Hiroshima build a Mikado Corner, where we put on events in person. Now that arcade games receive less coverage, the role of championing them falls to the individual arcades. That’s why we’re all learning and doing the best we can. 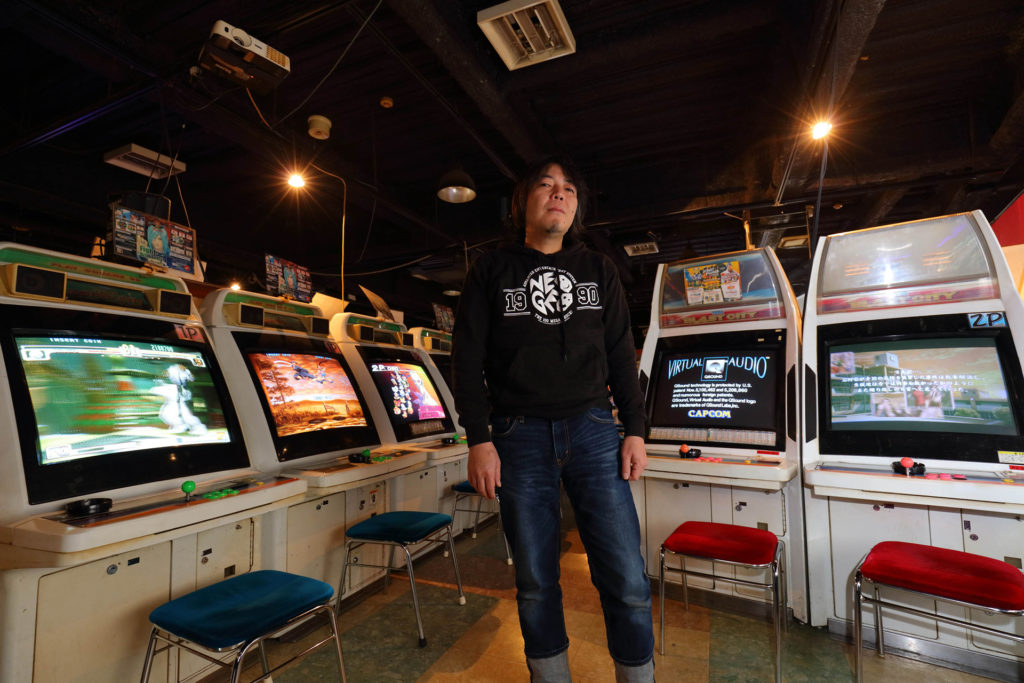 Minoru Ikeda: CEO at INH Group. Passionate about video games from a young age, he went on to join a company that operates arcades before going independent. In 2006, he opened a video game centered arcade in Shinjuku, and currently operates two “Mikado” arcades in Takadanobaba and Ikebukuro. In addition to running Mikado, he also plays the guitar in a game music band, “HEAVY METAL RAIDEN.”