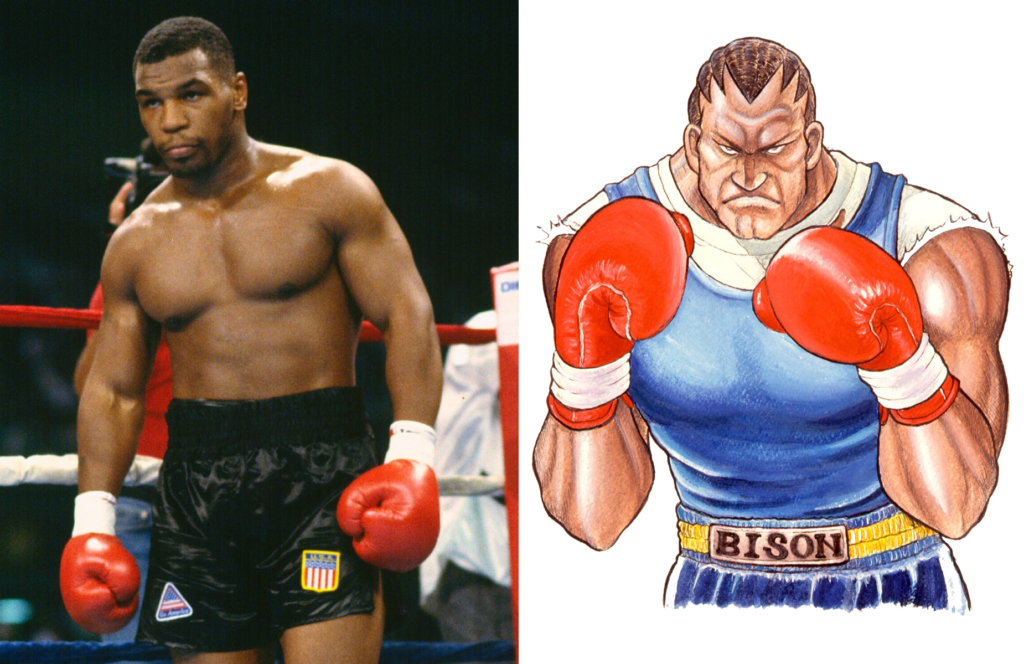 During the late 80s and early 90s, pop culture was enamored with Mike Tyson. This passion even extended to the world of Japanese video games, with perhaps one of the most iconic examples being Mike Tyson’s Punch-Out!! for the SNES. But did you know that Capcom Street Fighter II also had its own feature from the heavyweight champion? Well, as it turns out, neither did he – until now.

Canadian media personality and commentator Arda Ocal showed Tyson a picture of ‘Balrog’ from Street Fighter II during his esports segment on ESPN, asking whether Tyson saw the resemblance.

Tyson immediately responded in the positive but was not aware that Capcom actually designed the character after his likeness. Nor was he aware that the original, Japanese name for the character was not ‘Balrog,’ but instead ‘M. Bison’ – the ‘M’ standing for Mike, in honor of the character’s inspiration.

If you’ve played the English localization of any Street Fighter game, then you’ll probably be scratching your head. After all, in English, the character ‘M. Bison’ is the villainous head of the Shadaloo organization and bears almost no resemblance to Mike Tyson in any way, shape or form.

As it turns out, this is because – at the time of Street Fighter II’s release in the west – the localization team was forced to switch several of the characters’ names around.

Mike Tyson’s Street Fighter II lookalike was changed to ‘Balrog’ for fear of copyright, but his name ‘M. Bison’ was given to the head of the Shadaloo organization because his original, Japanese name of ‘Vega’ didn’t seem to fit the image of the character very well. ‘Vega’ was then given to the Spanish ninja, originally named ‘Balrog’ in Japanese.

That’s quite a confusing change-up of names, and does hark back to an era where localizing Japanese games for English markets was often more confusing than it needed to be. Who could forget about Final Fantasy III actually being Final Fantasy VI, or Mother 2 being released as Earthbound?

Thankfully, times have changed since then, and localization has gotten much less complicated – to the point where worldwide releases are almost commonplace.

The changing times also affected the popularity of Mike Tyson. While his athletic performance continued to be top-class throughout the years, conviction on rape charges in 1992 spelled the end of his reverence in pop culture.

That being said, Mike Tyson’s Street Fighter character Balrog has remained a constant character in the legendary fighting game’s roster up until the present day. So while Nintendo may have never tried to rekindle their relationship with the boxer in Punch-Out!!, Tyson’s contribution to Street Fighter has remained throughout the years. And now, he knows it.