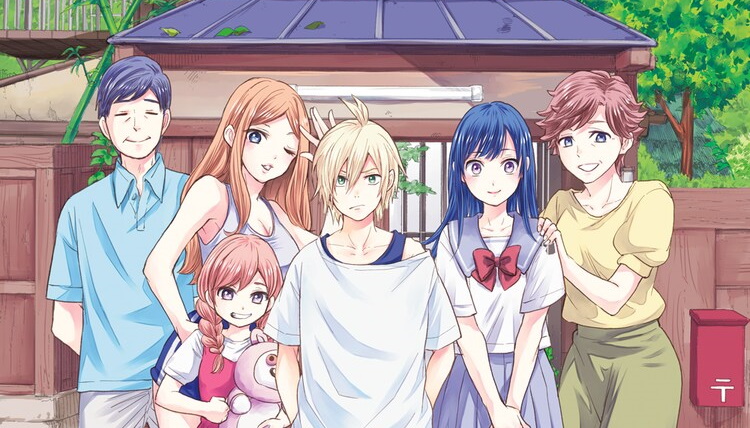 Hot on the heels of The Cuckoo’s Fiancee, Miki Yoshikawa is launching a new series this October titled Hiiragi-san no Kyuketsu Jijou (Hiiragi’s Bloodsucking Circumstances).

To a certain extent, this is a surprising move. Yoshikawa has never drawn two series at the same time in her relatively long career, but Hiiragi-san no Kyuketsu Jijou will be serialized in Bessatsu Shonen Magazine alongside The Cuckoo’s Fiancee in Weekly Shonen Magazine. She made her debut more than fifteen years ago with Glory Days before going on to create the more well-known Yamada-kun and the Seven Witches.

Of course, The Cuckoo’s Fiancee has been by far and away the author’s biggest success. Titled A Couple of Cuckoos in English, the series broke records for Kodansha earlier last year with massive volume sales. At one point, it was even said that there were two volumes being sold per second!

With this in mind, perhaps it should come as no surprise that Bessatsu Shonen Magazine has tapped Miki Yoshikawa for a new series. Having recently lost Hajime Isayama’s Attack on Titan, the editorial department could be hungry for a new success to carry them through the post-Titan years. Can you blame them for thinking that Hiiragi-san no Kyuketsu Jijou might be just that when considering how many copies The Cuckoo’s Fiancee shifted?

Luckily, Miki Yoshikawa’s new series is based on a one-shot that was published in Bessatsu Shonen Magazine in 2019, so this is not an alien environment to her. What’s more, Hiiragi-san no Kyuketsu Jijou will be published on a monthly schedule as opposed to a weekly one, so serializing two manga at once isn’t likely to affect The Cuckoo’s Fiancee too much. The author is also experienced enough to know how to handle the added strain.

Hiiragi-san no Kyuketsu Jijou will launch in Bessatsu Shonen Magazine this October.