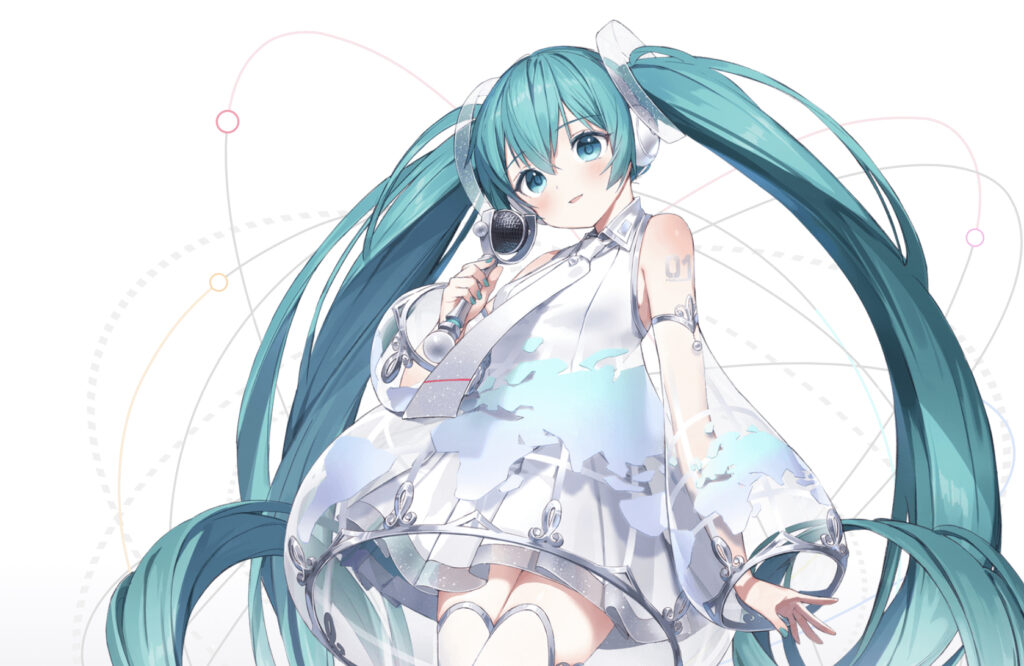 Having previously announced that the Hatsune Miku Expo 2021 would be forced online this year as a result of COVID-19, and with the event just days away, we now know the lineup and schedule for this free online streaming Vocaloid event.

At the time of the initial announcement, we were given some indication on how the event would play out. Three Miku concerts were planned for throughout the day that would mostly feature the same content, scheduled for times that would allow anyone around the world to catch at least one of the events. Alongside that, international artists would collaborate on different events throughout the day, with interactive fan elements also operating through the #MikuWorldGallery and Let’s Paint 3.0 that encouraged fans to share fan art and more throughout and beyond the event.

The specific contents were unclear, however. Today’s announcement provides a little more detail about what to expect from the day’s festivities. 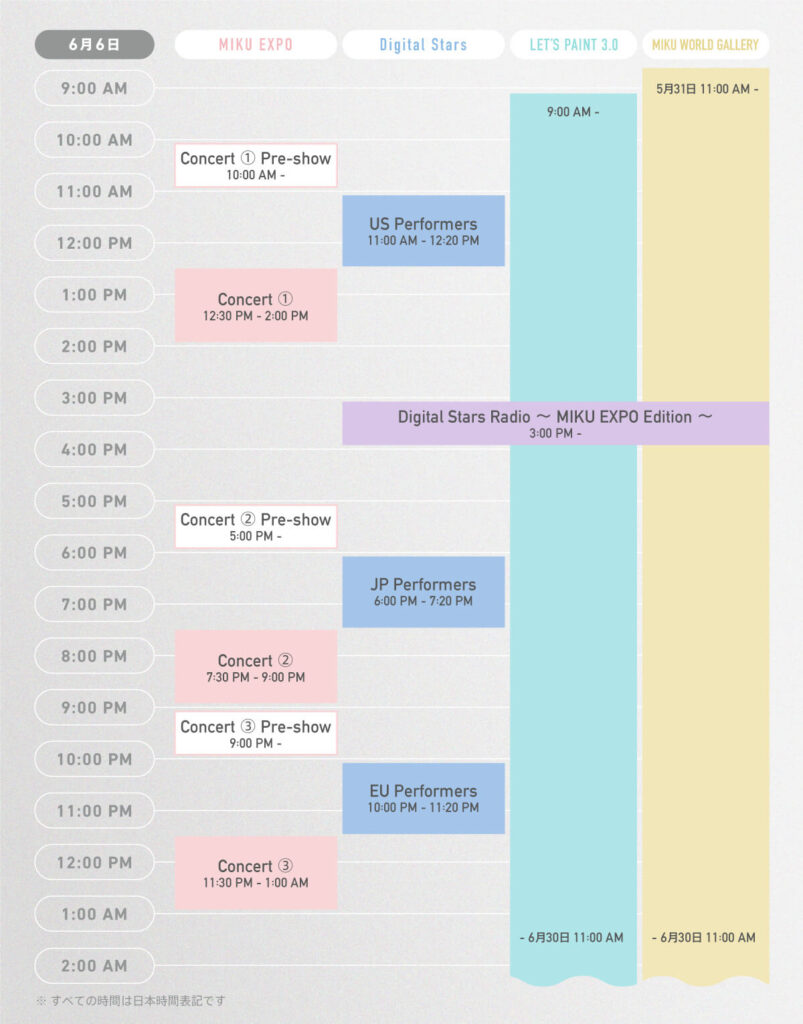 Set as opening acts for each concert throughout the day, the schedule has detailed the Miku Expo Digital Stars 2021 Online events that bring together two artists from each region (Europe, Japan, and the US) to perform an 80-minute set leading into each respective concert. Each of these performers is known for their Vocaloid music. For example, in the US set scheduled for 11 a.m. Japan time on 6 June, Flanger Moose and Tokyo Elvis will warm up the virtual crowd with their own music before Miku takes to the stage. For the Japanese set at 5 p.m., renowned producers PinnocchioP and UtsuP will perform, before the European set at 10 p.m. brings KIRA and Vault Kid to the stream.

Alongside being a free streaming event, it’s nice that they will bring in producers loved by Vocaloid fans around the world to enhance the musical performances by Miku and bring additional content throughout the day. In addition to this, a new episode of the Digital Stars Radio program produced by Crypton will be showcased at 3 p.m. This special show will be in both English and Japanese and center on the #MikuWorldGallery and Let’s Paint 3.0.

Hatsune Miku Expo 2021 Online will take place this Sunday, 6 June, and you can find out more over on the event’s official website.