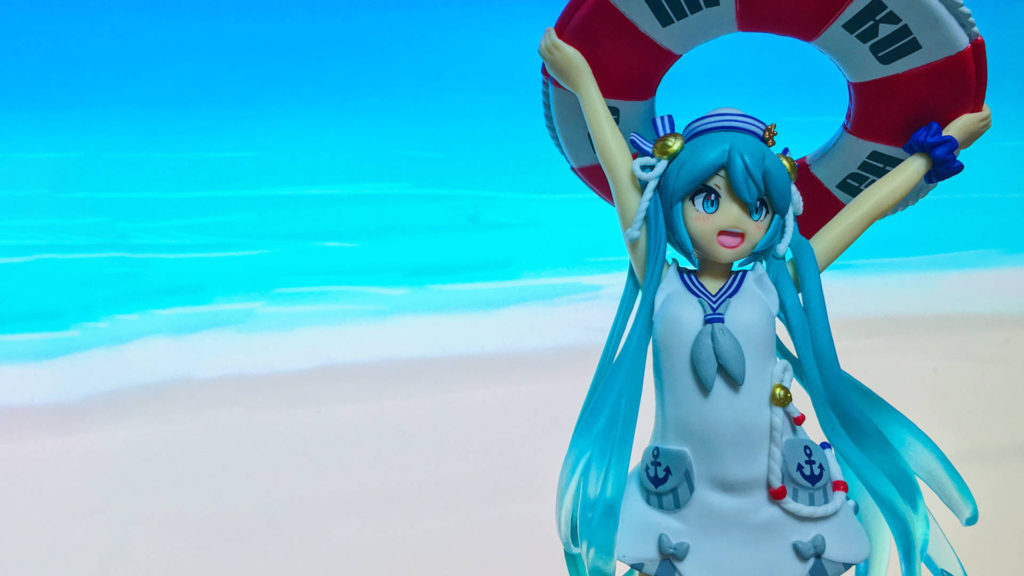 In all my time living in Japan, never before have I been so attracted towards trying my hands at winning a prize figure — let alone a Hatsune Miku prize figure. Not to say there’s anything wrong with the Hatsune Miku character; I’ve been a long-time Vocaloid fan with no plans to change that anytime soon, but when it came to the world of Hatsune Miku arcade prize figures, it’s almost always felt kind of… lacking. That was, of course, until the “Hatsune Miku Seasonal Series” was launched by Taito earlier this year.

There’s so much charm to a virtual idol that can be shaped into anything the mind could imagine, but until recently, I felt as though that charm was completely absent. That being said, with the three releases for Winter, Autumn, and Summer that have already surfaced from the creative minds at Taito, I might be chewing my words sooner than I initially thought. Calling on the talents of some of the best emerging illustrators around, Taito is re-inventing the way I’ve been viewing prize figures one season at a time.

Kicking this adorable new line of Hatsune Miku figures was @ hechima10040 with the Winter 2016-released Snow Miku figure made in collaboration with Taito. Transferring the original illustration to a gorgeous PVC figure, we were graced with what would be the first piece in this wonderful, wonderful series. You can check out a comparison between the original illustration and the figure below: They kept us waiting a short while for this one, seemingly skipping over the Spring season with a “Coming Soon” notification filling its spot on the series website, but the quality of the @_NaokiSaitou-illustrated Summer figure completely made up for this. The first figure I managed to get my hands on from the collection, and arguably one of my favorites, the Summer Miku is absolutely something to be desired. You can check out a comparison between the original illustration and the figure below: Last but not least in the current three-piece collection, we’re blessed with the latest Autumn-themed Hatsune Miku which was illustrated by a personal favorite creator of mine, @ MikaPikaZo. Packed and ready for vacation, the latest figure in the collection offers a stunning red look to contrast Miku’s signature blue hair. I’ve dropped a disappointingly large portion of my paycheque into trying to win this figure and can’t wait to finally call it mine.  You can check out a comparison between the original illustration and the figure below: With the Winter season rapidly approaching here in Japan, there’s no knowing whether or not we’ll see yet another Winter-themed Miku figure of the same series, or if Taito plans to skip over the season and wait it out until Spring. One thing I do know, however, is that I’m totally obsessed with this new line of Hatsune Miku figures and can only hope this trend continues onwards for the foreseeable future. If you’re interested in checking out a little bit more about the figures, Taito has launched an official website for the series.