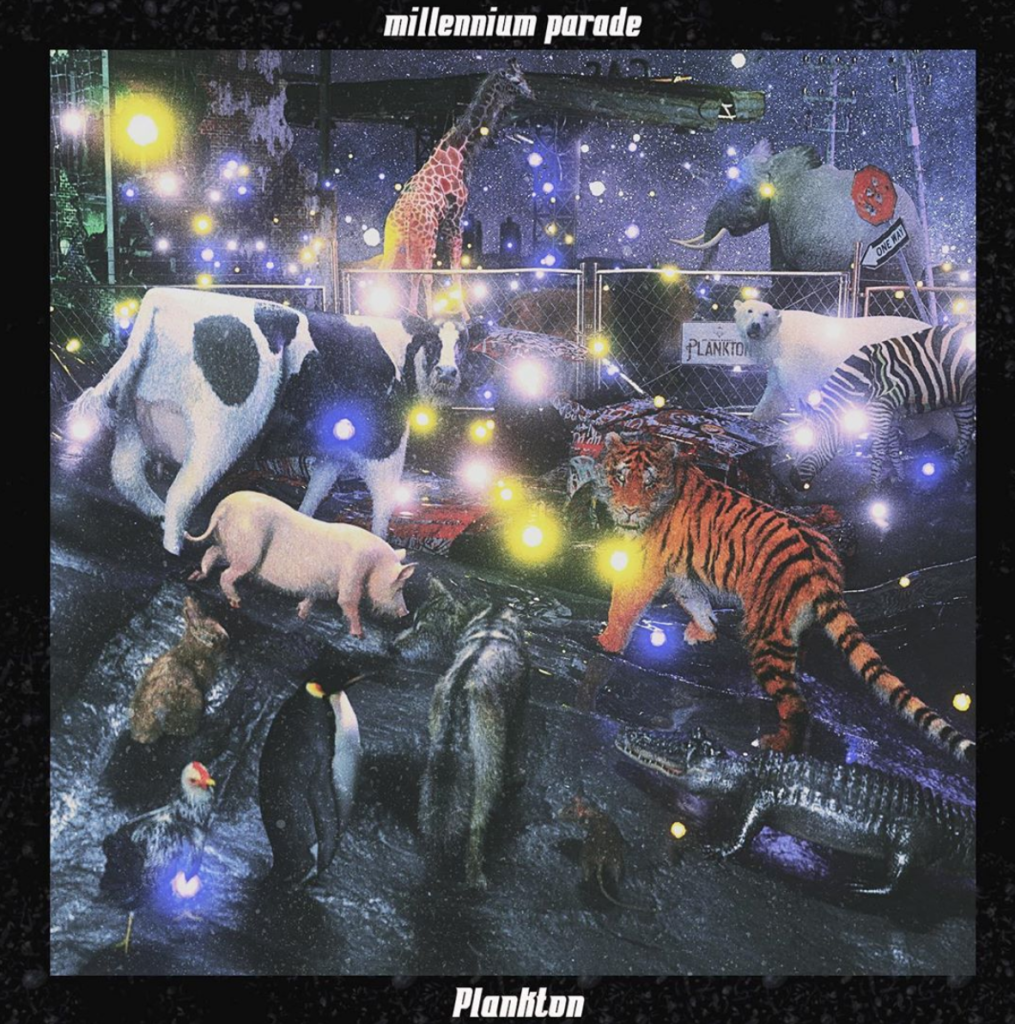 One of Tokyo’s most mind-melting live shows in 2019 came courtesy of electronic project millennium parade at the capital’s celebrated Liquidroom venue in the Ebisu neighborhood. The buzz around it could be seen from how packed the space was well before the show even began, with the back row becoming downright constricting with around 20 minutes to go before the start. This, however, wasn’t any normal show, but rather an immersive experience focused on senses well beyond just hearing. Every visitor got a pair of 3-D glasses upon entering like it was a screening of Avatar.

I’m not sure the glasses were necessary in the end, but the rest of the millennium parade showcase delivered on all the hype. Daiki Tsuneta, who also plays in the popular band King Gnu, spearheads the project, which grabbed a solid amount of attention online with “Veil” earlier this year.  That number jumped out for its use of slithering electronics and digitally manipulated vocals, hinting at millennium parade being Tsuneta’s left-field electronic project. At Liquidroom, though, he revealed this was a far more varied creation, featuring detours into funk, hard-rock, and much more (complete with Tsuneta hollering into a megaphone). The most interesting wrinkle to the live show was that the group themselves spent the whole time just out of sight, letting the striking visuals do the work.

They warped expectations of what a live show could be, which is fitting since the whole group works best at subverting expectations. See the group’s newest song, “Plankton,” for another example. Watch the video below.

“Plankton” — which featured at the Liquidroom live show, complete with CGI-animal-heavy video in tow — features many of the elements found on “Veil.” It’s a hair-raised-on-skin electronic number featuring vocals courtesy of ermhoi of the group Black Boboi. Yet whereas “Veil” thrived on unease and a sense of dread, “Plankton” provides something far more buoyant. The synthesizer melodies are joined by subtle string notes lending the melody an airiness, while the singing aims for something slightly more upbeat. The final stretch of the number gets downright heavenly as harps and other instruments join the electronic ripples to create something effervescent. Turns out this project is every bit as capable of joy as it is unnerving energy.