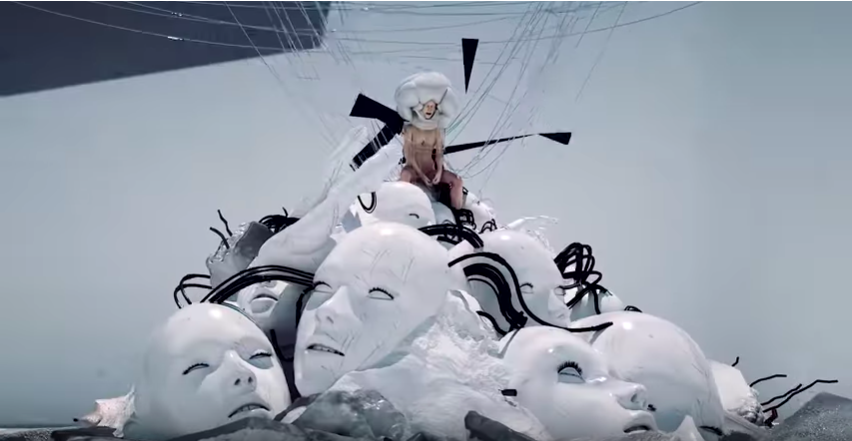 Not to imply the YouTube Trending list in Japan tends to be predictable, but you can usually click on that every morning and safely expect to see a mix of YouTubers eating mass quantities of food and some dog-centric clips. Music making that ranking often comes from expected power players in the industry. Over the past weekend though, a video for a number titled “Veil” from a project called millennium parade bumrushed Trending, and it doesn’t resemble what you predict to land there. Watch it below.

First, keep in mind that the majority of people don’t know anything about millennium parade because this is the first song and video they’ve ever shared. But maybe knowing anything about this doesn’t matter when you have a clip so attention-grabbing. The just over two minutes upload revolves around digital images that include a naked body sitting on top of a pile of white heads singing along to the song. “Veil” the song features a warped main vocal playing out over a skittery beat alongside a mix of synth notes and some piano plonks. It’s quite sparse, which ends up making it a display of the singing at the center, which eventually breaks free from the digi-manipulation and shows off some impressive range. Still, this is as wonky a viral success can get in Japan.

So what is millennium parade? It’s a new project from Daiki Tsuneta, a member of the rock quartet King Gnu, a band that could lay claim to having the biggest breakthrough of 2019 so far. Perhaps owing to his main group’s recent success, Tsuneta feels emboldened to start an electronic-leaning side project that doubles as a spotlight for a handful of other talented artists working just under the mainstream radar. It’s not clear if millennium parade features a locked-in lineup, but for “Veil” Tsuneta calls on ermhoi of left-field pop project Black Boboi to handle singing (and lyric writing) along with Ayatake Ezaki of WONK and Kazuki Arai of King Gnu.

Beyond that, details remain rare, though maybe more will become clear at the millennium parade launch party set to be held at Tokyo’s Liquidroom on May 22. Until then, just keep “Veil” on loop and get sucked into its offbeat world.