Million Live Anime: Why [email protected]’s First Foray Into 3D Could Be Great 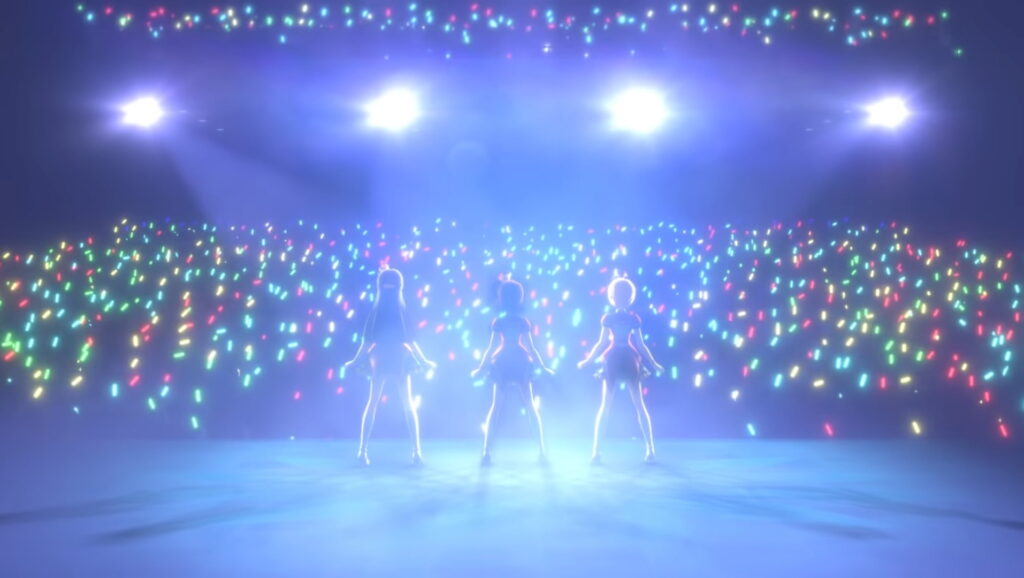 The announcement on Saturday that the [email protected] spinoff series Million Live! would be getting a TV anime pleased me immensely for a couple of reasons.

Firstly, as you may or may not know, I am a huge fan of the [email protected] franchise. I have also been following the Million Live series for several years now, playing the mobile game Theater Days almost exclusively for three. There’s a lot of emotional investment in the characters and the story, then, that causes me to weep in joy whenever something big happens such as this.

Nevertheless, it’s not just a case of my own emotional investment. The production and staff credits attached to the Million Live anime also fill me with hope that this latest anime adaptation could be something truly special. Looking at the teaser that was aired during a livestream to celebrate the third anniversary of the Theater Days mobile game, we can gather something quite remarkable: the fifteen year old series is making the jump into 3D for the very first time.

Of course, 3D animation has been a constant feature in the [email protected] series since the very beginning. The very first arcade cabinets, released in 2005, used 3D models throughout, both for live performance scenes and visual novel-style ‘commu’ scenes. In fact, the latest Theater Days mobile game also does the same, which makes animating the characters in 3D for the Million Live anime not all that unusual.

Yet, there did come a shift in how the franchise was represented. Starting in 2011, the franchise began to use 2D artwork instead of 3D models, both in the anime adaptation produced by A-1 Pictures and what was, at the time, the franchise’s latest mobile game: Cinderella Girls.

None of that particularly matters except to point out the fact that, by the time that the franchise’s latest anime adaptation SideM came about, 2D animation had already become the norm. SideM is the youngest child of [email protected], originally beginning life as a social card game in 2014.

While it would be difficult to describe the female-oriented series as a failure – it does operate a successful rhythm game and holds large live events annually, after all – but the SideM anime was definitely a disappointment. After deliberately holding back over half of its cast for an eventual second season, flagging sales presumably meant that never quite materialized. And the Million Live anime makes clear that such a project isn’t Bandai Namco’s top priority right now.

Part of the SideM anime’s failure can undoubtedly be chalked up to the already crowded market of female-oriented, male idol multimedia franchises. Unlike the main series, which was more or less the progenitor of the ‘virtual idol’ subgenre, SideM entered the market alongside already established behemoths such as Uta no Prince-sama and IDOLiSH7. Nevertheless, fault can be also found in the quality of the SideM anime itself: aside from its occasionally entertaining musical numbers, the whole story felt flat and rather by the numbers.

The change in both animation method and medium may, however, allow the Million Live anime to avoid such a fate. Certainly, we can put our faith in the staff that are currently attached to the project: director Shinya Watada directed the recent Aikatsu Stars! movie and writer Youichi Katou already has experience adapting video games thanks to his work on Yo-kai Watch. Even more exciting, however, is the fact that the project is being undertaken by Shirogumi, who are renowned for their pioneering 3D work on Dragon Quest: Your Story under the direction of studio member Takashi Yamazaki.

Returning for one last look at the PV, it is interesting to note that the place where the main trio of Mirai, Shizuka, and Tsubasa are gathered resembles the place where the player character first met Haruka in the original [email protected] arcade game, all those years ago. If that isn’t enough to convince you that there’s real love and attention going into this upcoming Million Live anime, then I don’t know what is.

Check out our archive for more on the [email protected] series.