Minky Momo Is The Magical Girl Who Started It All 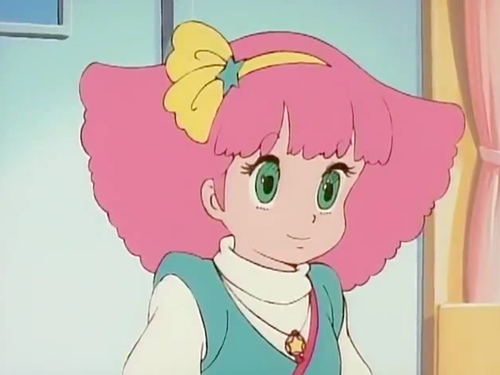 The magical girl genre is a personal favorite of not only myself, but millions of others. And for more than good reason. The genre has something for everybody; from the spookiest to the softest of folks.

The genre has dozens of shows, all with powerful characters at the helm. Most know the genre from big hitters such as Sailor Moon, but other’s know it more by Madoka Magica. Ask any madoka fan what one of the appeals of the show is and undoubtedly is the darker aspects of the show.

Madoka seemed to be at the forefront of the dark magical girl, with haunting imagery and heartbreaking plot twists. But as hard to believe as it is, Madoka was merely taking a cue from one of the first girls to hit the scene. Enter Minky Momo; a cute pink haired girl who seems to have started it all.

She was from a far away magical kingdom and was brought to earth to save humanity in the cutest way possible. With the help of three sidekicks in the form of a monkey, dog and a bird, she goes through life attempting to make the lives of those around her better. It’s all very pure and easy to see how this was partially credited for the beginnings of mahou shoujo genre.

Momo ticks off all the boxes; she’s spunky, funny, and incredibly pure hearted. Episodes are speckled with a couple snarky moments from her but it’s easy to expect that from a child trying to save the world. It’s all well and good until, spoiler alert, things get real dark very quickly.

Throughout everything, there is still good in the world. But even so, that wasn’t the end for Momo. After being resigned to an all too human fate of normalcy, she gets hit by a truck.

It’s a shocking moment that is still talked about to this day. It was a hard moment to swallow, especially for a show that was not only designed for children, but one that was primarily designed to sell toys. Not even a big moment where the fate of humanity rests in whether or not she lives or dies but rather, a normal, but tragic death.

It’s abrupt and all the more heartbreaking, thus dubbing her the unluckiest magical girl in the world. There are, of course, incredibly specific reasons as to why this happened to Momo, most of which involve the writer of the show feuding with the company that was making Momo toys. With the show featuring subtle jabs at the company, it can be easy to look past the event and disregard the impact it had.

But this absolute powermove still managed to change any sort of rules the magical girl genre had. However, much with the world and genre of magical girls, death is only but a hurdle to overcome. Fortunately for both Momo and her fans she comes back and has a few more adventures in the world.

After all, she’s still a princess. But her untimely death was enough to impact the genre in a way that felt like brand new territory. It was scary to watch this magical savior be taken out in a way that almost felt benign.

It was something that could happen to anyone, so why would it happen to a magical princess?
But Momo’s temporary death wasn’t in vain. In fact, while some would say she’s anime’s unluckiest magical girl, some might argue the opposite.

She sparked a whole new idea for the genre; something that didn’t come inherently obvious to the genre. Matters that reside in the darker side of life aren’t strangers to the magical girl genre. In order for there to be light and magic, there must be an evil to defeat.

It’s something that plays out in almost any genre, not just magical girl. Minky momo proved something different for magical girls. There’s nobility on the average, something special in the every day.

By having a death that wasn’t at the hands of an evil space witch or something apocalyptic, Momo solidified her existence in the mortal world and in turn, solidified her death within the every day. In doing so, it changed the ideals of the magical girl genre. The genre as a whole was still in its infancy when Minky Momo came out, with a barrage of shows all trying to grapple with the idea of what magical girls are and what they can do.

They were everything from witches to Gundam pilots to alien abductees. So while all this is happening, the shows are not only competing with each other but also themselves. How far are they capable of pushing their magical girls?

Momo pulled off something different, however, with her death. Sure, she came back after but this idea that the girls still had to abide by some sort of rule was interesting. The stakes of the battles the magical girls were fighting held a small amount of weight, but never quite enough to make the viewers fear for the girls’ lives.

Momo, dying after an event that could happen to anybody, solidified a rule into the magical girl genre that no matter how many villains you vanquish, no matter how many lives you save, magical girls aren’t exempt from real danger. Momo comes back, her soul having survived the accident. She goes on to continue living and saving those around her, her nobility and compassion also having survived.

It can feel like a tough watch, experiencing the origins of the dark mahou shoujo genre. However, Momo proves more than bending genres. Momo also proves that above all else, the magical girl genre will always revolve around compassion, empathy, and being the best person you can be. Something that can appeal to anybody.