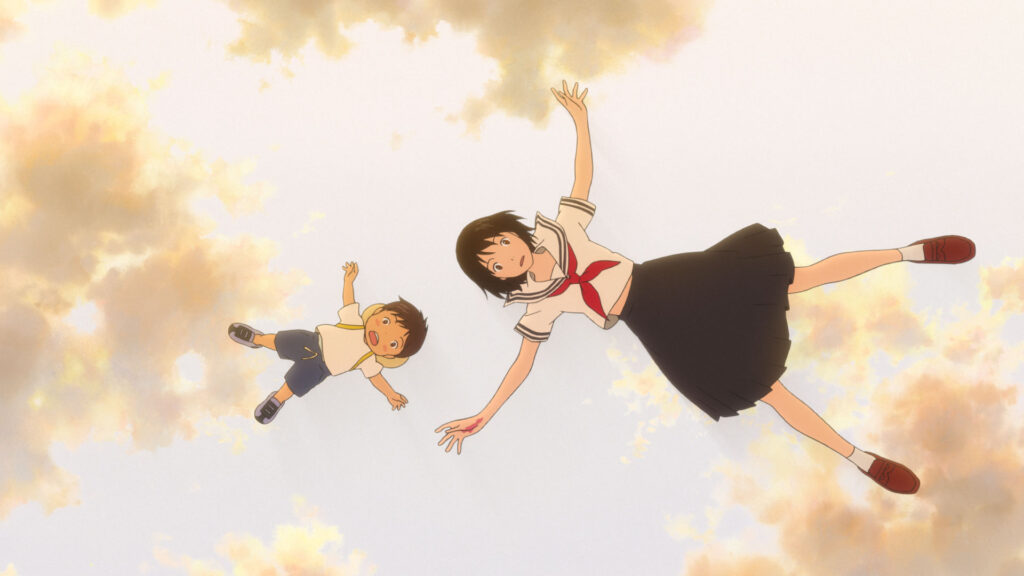 In honor of this occasion, Studio Chizu will hold a Press Play Twitter Watch Party for the film.  Studio Chizu is holding this party in partnership with North American film distributor GKIDS, and anime convention Anime NYC. 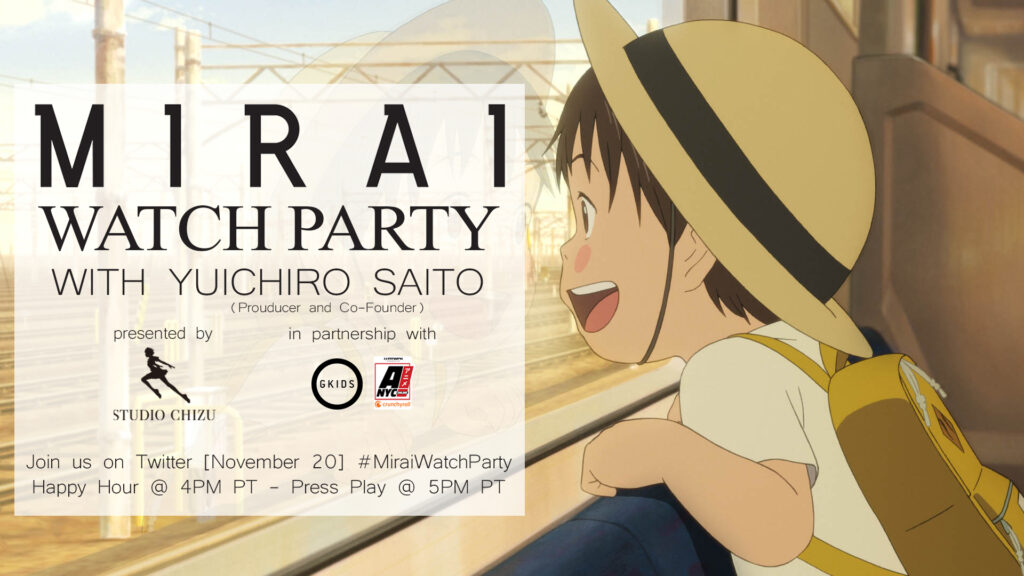 The party will start at 5 p.m. PST on Nov. 20.  Fans of the film are welcome to join in.  All you need are a physical or digital copy of the film, and a Twitter account.

The celebration will begin with a Happy Hour at 4 p.m., an hour before the actual screening begins.

At 5 p.m., you will be able to join the Press Play party. While watching the film, tweet, and follow #MiraiWatchParty. During the event, watchers will be able to hear behind-the-scenes stories from Saito.

In addition, people in North America who take part in the event will be entered into a giveaway campaign. The Studio Chizu Twitter account will post updates on the giveaway.

Mirai is a 2018 anime film by director Mamoru Hosoda. (Hosoda is the other co-founder of Studio Chizu.)

It tells the story of a four-year-old boy, Kun, who’s not too happy about the prospect of getting a baby sister.

The film delves into a fantasy world where Kun meets a teenage version of his little sister, Mirai. (He also meets a human version of the family dog.)

Kun and Mirai go on an imaginative journey through time and space.  Kun learns about his family’s history, and about Mirai’s future.

Mirai is an appropriate name for her, since it means future — it’s a similar concept to Mikuru in Haruhi Suzumiya being a time-traveler.

Throughout the story, Kun learns to appreciate her baby sister and appreciate his family.

I saw the film about a year ago, and I enjoyed it. It’s silly and fun at times, but it gets serious when it looks at future events or the past. It’s definitely a family-friendly film.

I liked how the film seemed to blend together fiction and reality.  Mirai played with the possibility that it was all in Kun’s imagination. But some bits of it seemed like it had to be actually happening.

It definitely deserved its Oscar nomination.