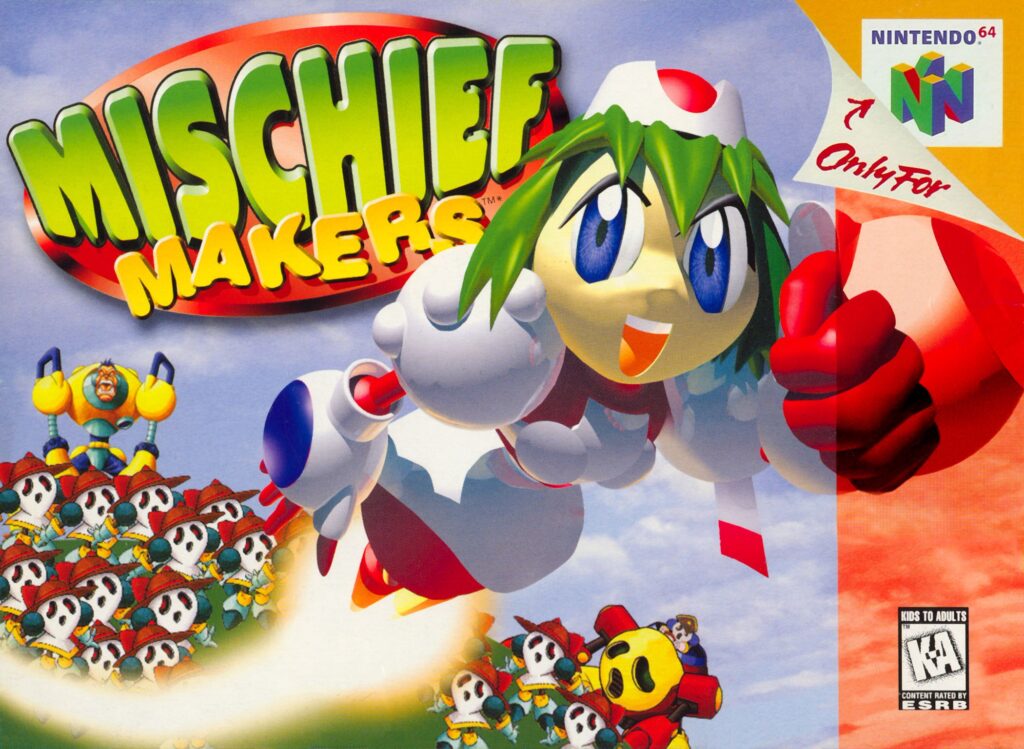 Mischief Makers might just be the most under-appreciated-in-its-time game made for the Nintendo 64 (abbreviated as N64.) Despite the fact that creating the game led to a series of firsts in the gaming industry among its publishers, it was largely overlooked when it first came out.

Thankfully, nostalgia for retro games brought Mischief Makers back into the forefront. Upon re-evaluation, countless reviewers have lauded Mischief Makers for it’s story and gameplay, and have even said that it should be re-released online or for a modern console. If you want to stay ahead of the curve, read on for everything you need to know about Mischief Makers!

Mischief Makers On The N64

Developed by Treasure, Mischief Makers (known in Japan as Yuke-Yuke!! Trouble Makers) was created for the N64 and released on June 27th, 1997. It’s a 2 ½ D, single-player, side scrolling platformer.

2 ½ D means that Mischief Makers was developed with pre-rendered 3D characters and backgrounds, but the game itself is played in 2D.

Mischief Makers marks a few firsts, including Nintendo’s first 2D side scrolling game, the first game that Treasure developed for Nintendo, and the first time Treasure worked with Enix (before their merger with Square) as their publisher. Historically, Treasure had only worked on games for Sega consoles.

Treasure first began developing Mischief Makers in mid-1995, even though they didn’t know much about the N64’s features. But they liked how Nintendo stored games on cartridges, which load data instantly and therefore are more conducive to action games than the CD-ROMs used on other systems.

Mischief Makers focuses on Marina, the player’s character, who is a robotic maid and is on a world called Planet Clancer. Planet Clancer is right on the edge of civil war due to the actions of its Emperor and his Imperial forces.

The Emperor has become obsessed with the visiting robotics genius, and Marina’s creator, Professor Theo. He brainwashes local Clancers to kidnap Theo. However, he clearly underestimates Marina, who is left behind.

Unlike many of Treasure’s other fighting games, Marina doesn’t carry guns. She runs around literally shaking things and people to knock them out, get items, or just as a means of fighting them.

Mischief Makers thus follows Marina as she goes through level after level on several disparate and unique worlds, shaking objects, fighting opponents, and working her way towards finding Professor Theo and rescuing him from the Emperor’s clutches. 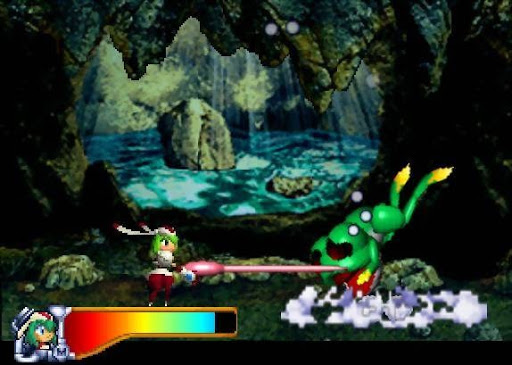 Marina, Professor Theo, And All The Other Characters In Mischief Makers

When Mischief Makers first came out in 1997, it received what Metacritic defines as “mixed or average reviews.” While critics enjoyed the game’s inventiveness, personality, and boss fights, they also widely criticized it for its brevity, steep learning curve, and low replay value.

Even at the time though, many of the most enduring aspects of the game were recognized by critics, including the originality of each of the different levels and worlds, and the ingenuity of the puzzles players had to solve to continue gameplay.

Critics have widely called for Mischief Makers’ return to modern gaming. GamesRadar acknowledged that it came out as “a 2D game when 3D was the big thing” which is why it faded from the public consciousness even though it’s “a game with huge franchise potential.”

Similarly, in 2014 Nintendo World Report argued that it should have been made available for the Wii U Virtual Console, and other journalists have said it could still do well in Nintendo’s eShop, or with Marina being brought into a new or different franchise.

Even though Mischief Makers was so upsettingly overlooked in the late ’90s, it’s one of the N64’s most fun and most varied games. Copies are still available through second-hand retailers, so if you see one, it’s worth picking up and playing before it’s hopefully brought back in a new modern form!