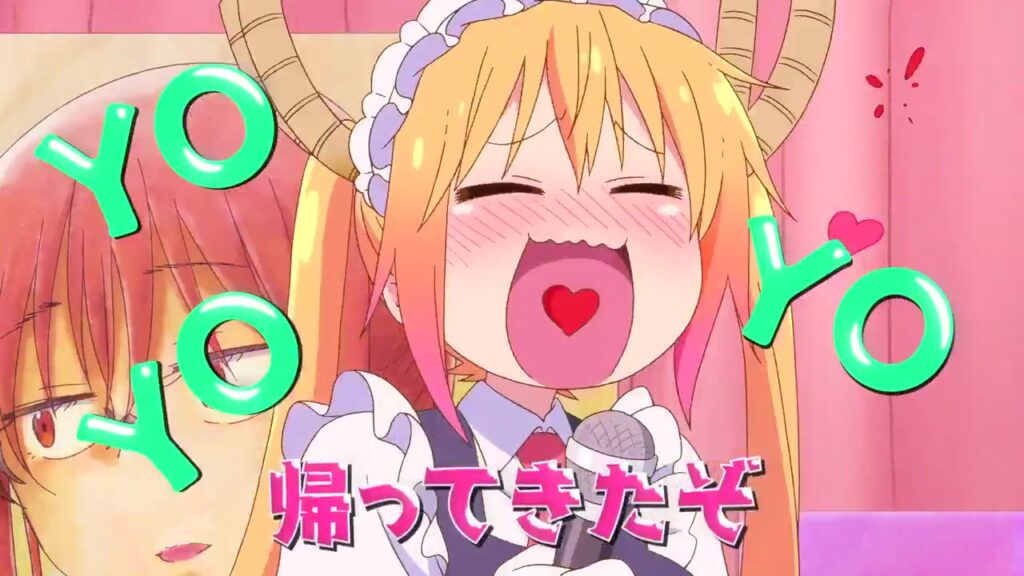 It has been just over a month since the official date for Miss Kobayashi’s Dragon Maid S dropped, and we couldn’t be happier. Or rather, I thought that was the case until just yesterday, when the best ninety seconds of my entire week dropped on the Internet like a sack of potatoes. That’s right: the trailer for the second season has been uploaded for our viewing pleasure.

The trailer comes with the cheery hyperwacky antics that we all know and love. But this time, there’s a unique twist. Along with showing us clips from upcoming new episodes, the trailer also features a hip-hop track that has the main characters rapping in an attempt to decipher the ‘S’ at the end of the second season’s title. Even everyone’s favorite dragon girl Kanna gets a verse, and yes, it’s adorable. The mic is eventually passed to the new character Ilula, who interprets the S as ‘Super yet, Supreme, Second Life that’s about to Start’ as she throws hands against Tohru shonen-style.

The reactions to this trailer are exactly what you’d expect. There were poggers in the chat. People did Fortnite dances. One person Tweeted ‘My girls are back home!’ As for me, I dropped everything I was doing and watched the trailer at least ten times in a row. You know, for work purposes.

I’ve said it before and I’ll say it again: this is my most hyped anime of the year, and the most excited I’ve been for an anime in a long, long time. I expect nothing less than cozy perfection from Kyoto Animation, and can’t wait to soak in the wacky hijinks of Tohru and company when the second season of Miss Kobayashi’s Dragon Maid S finally drops in July.