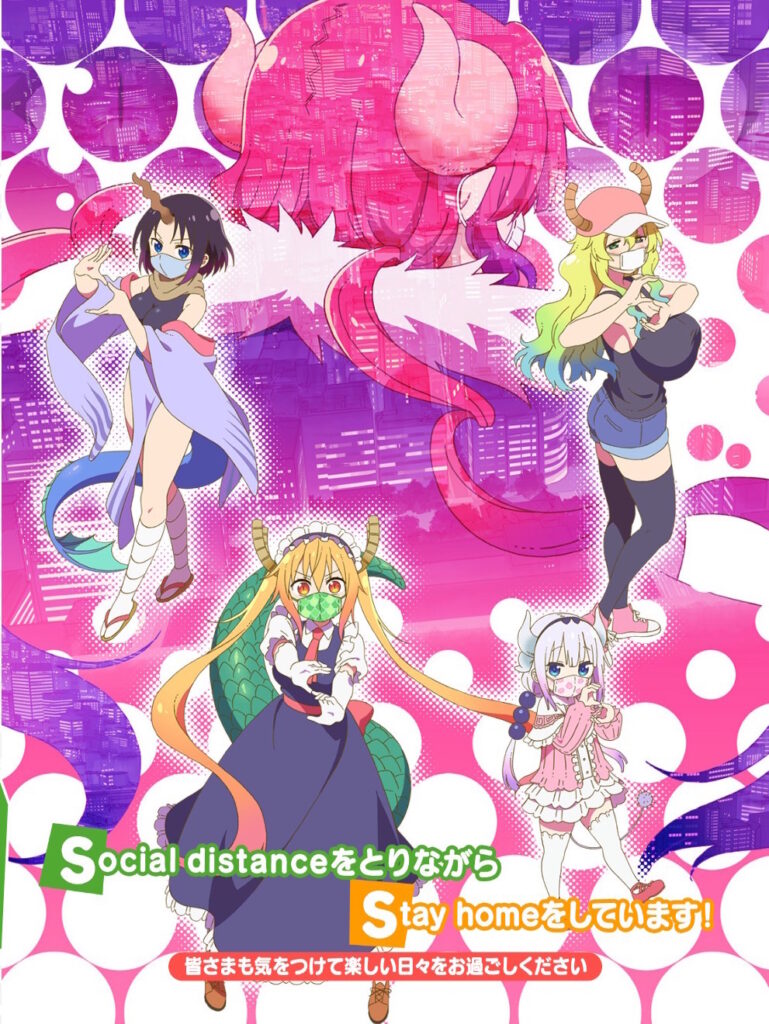 Are you ready for more of Miss Kobayashi’s Dragon Maid?

You’ll have to wait a little while, but the series’ Twitter account officially announced on Monday that Miss Kobayashi, Tohru, Kanna, and the rest will be returning in 2021.

The series’ website also updated with some cute teasers.

Ever since season 1 ended in 2017, fans have been hoping to see more of this fun fantasy comedy series.

The last episode of season 1 brought things to a dramatic conclusion, as Miss Kobayashi and Tohru faced off against Tohru’s father, the powerful Emperor of Demise.

An OVA followed in 2018 (listed as Episode 14 on Crunchyroll). This Valentine’s Day episode featured a trip to a hot springs resort, and a lot of cute romantic shipping.

The series put out two versions of the season 2 promotional image. The regular one features Tohru, Kanna, Lucoa, and Elma doing a dramatic pose with their hands in an S. Season 2, following the naming tradition of shows such as Sailor Moon S or Dragon Ball Z, will be called Miss Kobayashi’s Dragon Maid S.

A mysterious fifth character is facing dramatically away from the camera. This might be Ilulu (Iruru). She hasn’t appeared in the anime yet.

The second version is similar to the first, but they are all social distancing and wearing masks.  SO CUTE.