There’s been a bit of confusion over the last few days following a slew of postings online suggesting that a sequel to the anime adaptation of Miss Kobayashi’s Dragon Maid from Kyoto Animation had been confirmed. While a source to these announcements wasn’t immediately obvious, there were a few signs suggesting it came from someone regularly known for leaking magazine announcements. Without a solid source, however, it remained in our best interest to stay skeptical.

With that being said, it seems we might finally be able to drop all that and get excited once again for one of 2017’s best comedy series making a triumphant return thanks to a leaked announcement attached to the eighth volume of the Miss Kobayashi’s Dragon Maid manga. 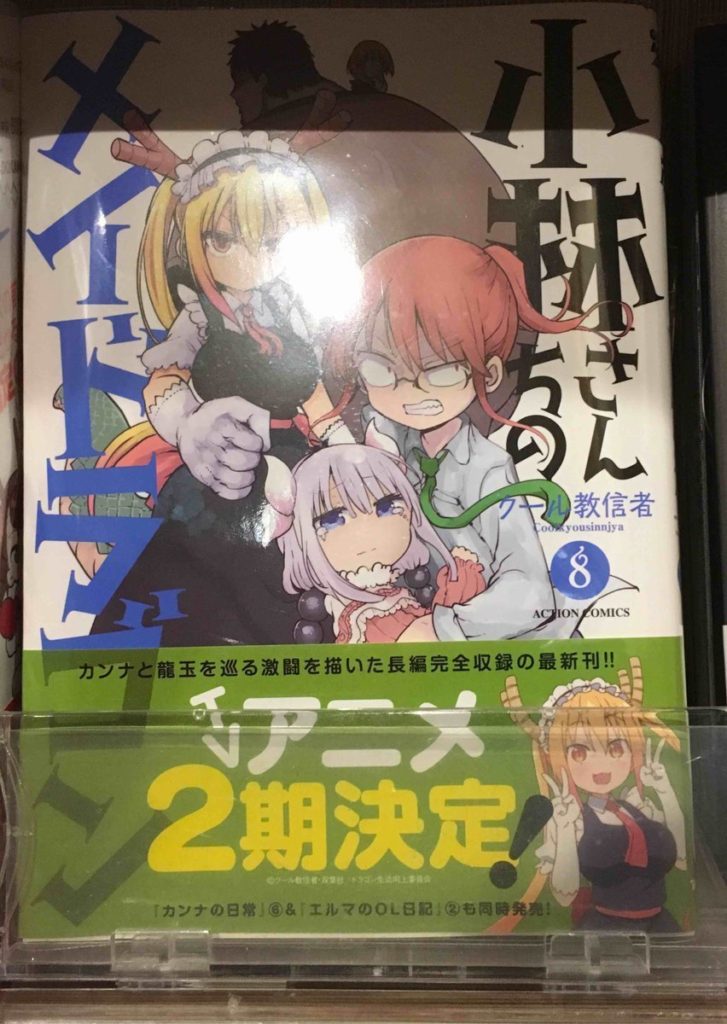 Set to release tomorrow on February 12 in Japan, the leaked image of Miss Kobayashi’s Dragon Maid volume 8 supposedly comes complete with an attached announcement for a second season of the anime adaptation, if the above image is to be believed. At the time of writing, there is currently no official postings on any of the social media pages associated with the series, nor on the anime’s official website.

Miss Kobayashi’s Dragon Maid was originally produced at Kyoto Animation by director Yasuhiro Takemoto, although it’s still unconfirmed whether the studio will be returning for the sequel. Due to the constant increase in anime productions and the many issues in scheduling, many sequels aren’t able to return to their original studios. It’s possible that we’ll hear more about the show during Anime Japan next month and if the show is remaining at Kyoto Animation, we can look forward to seeing more at KyoAni & Do Fan Days 2019 festival which will presumably be held later this year.

There’s plenty of scenes in the manga yet to be adapted, many of which get pretty… strange, so expect this show to become a hot topic of conversation yet again when it finally airs. Miss Kobayashi’s Dragon Maid won Best Comedy at the Crunchyroll Anime Awards in 2017, so we can only hope that this second season is able to deliver its special kind of comedy yet again when it debuts.