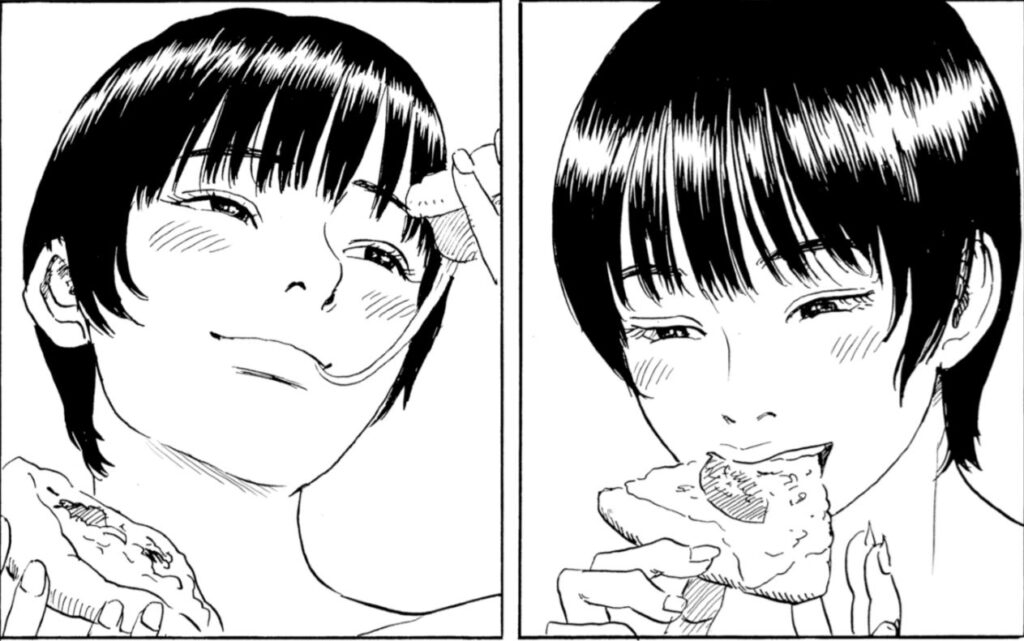 It’s something of a personal life mission of mine to elevate awareness about Shuzo Oshimi wherever I can and wherever I can. Depicting his works with one of the lushest and most atmospheric pen games of any manga artist in recent memory, Oshimi often returns to central themes of blossoming sexuality, the complex underpinnings of human relationships with unique perspective and even more one of a kind execution on the page. Undoubtedly, he’s one of the most substantive manga creators of the last ten years though he’ll probably always be best remember The Flowers Of Manga; Manga’s best coming age journey to madness and back. If you’ve never read an Oshimi story and want a taste, or are just feeling the itch to read another, the Miss Kusakabe one-shot is a good place to start. 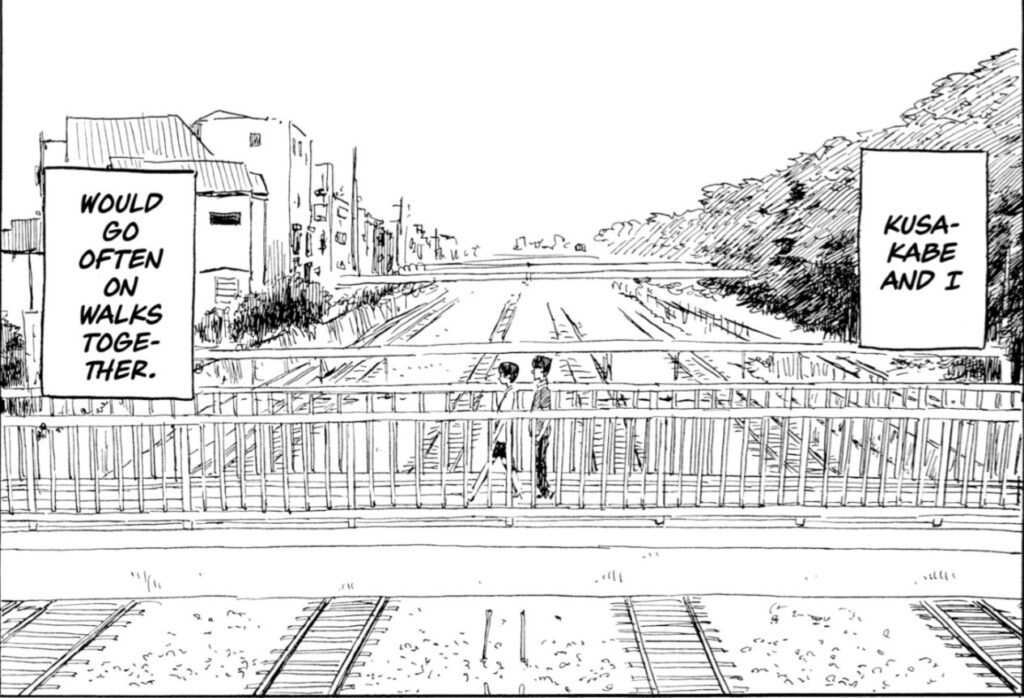 Before I continue, I must note that Miss Kusakabe is very much an adult story and, while we won’t include those images, there’s blatant sexual content in the comic. First published in Japanese this past March, Denpa Books released Oshimi’s Miss Kusakabe one-shot digitally on June 26 and drew more attention to it at their Anime Expo Lite panel last weekend. The second I caught wind that a new Oshimi story was out and for just 99 cents, I immediately registered on Denpa Book’s website to buy the eBook directly from them. Something all manga and comic sellers should allow you to do. For my money, it’s the best 99 cents I’ve ever spent on a manga. 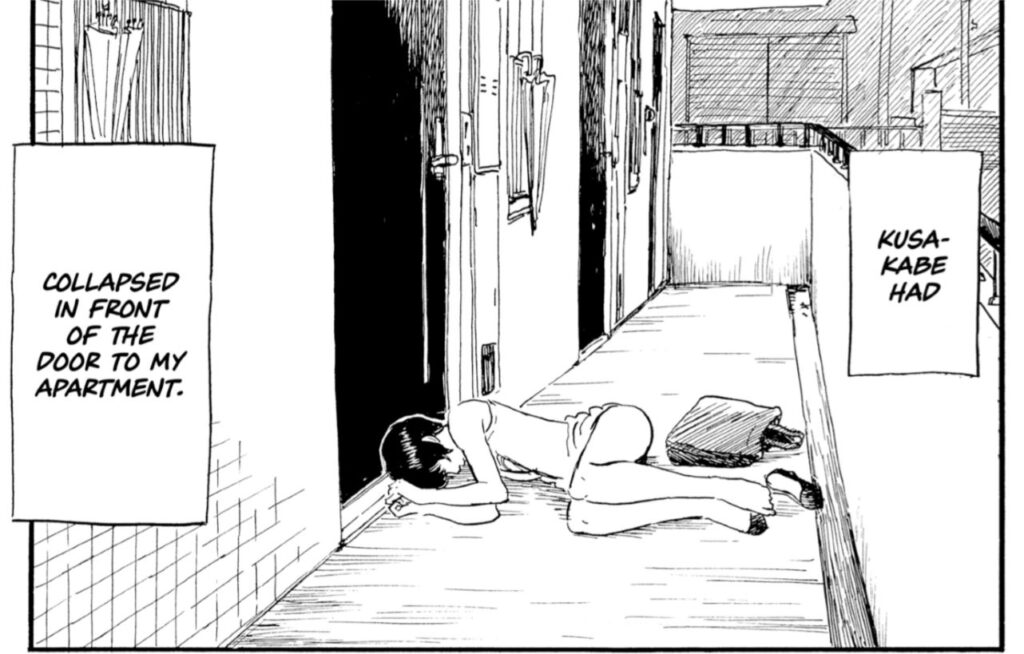 About halfway through The Flowers Of Evil, Shuzo Oshimi made the rare switch from digital art to old-school pen and paper and since then everything he’s illustrated shines. Even something as unpleasant as a girl passed out in the hallway of a grungy apartment building vibrates with a subtle life, to say nothing about how grand he’s gotten with his impressionistic scenery. Behind the series of pretty pictures though, we do have a classic Oshimi story in the form of the manic Miss Kusakabe and the boring guy who’s all to happy to willingly let a cute girl sink her fangs into him. While the nuance of a Flowers or Inside Mari won’t be found in a 25-page story, there are still wonderful flourishes of what he does best.

You couldn’t call the way Shuzo Oshimi depicts Kusakabe eating pizza anything but love. The simple but radiant delight on her face as she indulges in a cheese pull is both true to life yet extremely dangerous, leaving the reader a susceptible to her whims as our protagonist in the story. One nice thing about the one-shot that differs from the majority of his works; It all happens so matter of factly. Whether Kusakabe’s living in the moment with you or off getting her jollies with someone else, the length of the work forces her willing partner to readily roll with these abrupt punches. In that sense, Miss Kusakabe might be the most realistic story Shuzo Oshimi has ever created.

You can cop Miss Kusakabe for 99 cents on Denpa Book’s website.